Cultural foods. Fashion history. Prior to Western contact that began as early as the sixteenth century, clothing in the islands of Southeast Asia and the Pacific was minimal due in part to the islands' tropical conditions. 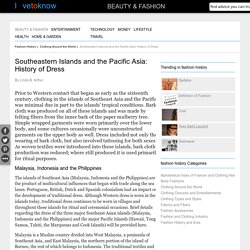 Bark cloth was produced on all of these islands and was made by felting fibers from the inner bark of the paper mulberry tree. Simple wrapped garments were worn primarily over the lower body, and some cultures occasionally wore unconstructed garments on the upper body as well. Polynesian Tattoo History. As this study is all about Polynesian Tattoo History, we’ll introduce as precisely as we can. 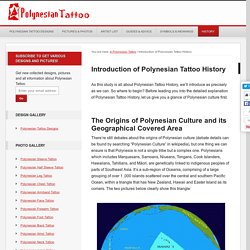 So where to begin? Before leading you into the detailed explanation of Polynesian Tattoo History, let us give you a glance of Polynesian culture first. Explore All Of The Polynesian Cultures In Oahu - Polynesian Cultural Center. Polynesians - Introduction, Location, Language, Folklore, Religion, Major holidays, Rites of passage. PRONUNCIATION: PAHL-uh-nee-zhuns LOCATION: Polynesia, a vast string of islands in the Pacific Ocean, including Hawaii, New Zealand, Easter Island, Tonga, and French Polynesia POPULATION: Unknown LANGUAGE: Native languages of the islands; Maori; Tahitian; French; English RELIGION: Christianity with elements of native religion The Polynesians are the original inhabitants of a vast string of islands in the Pacific Ocean, from New Zealand in the south to Hawaii in the north. 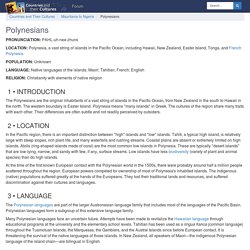 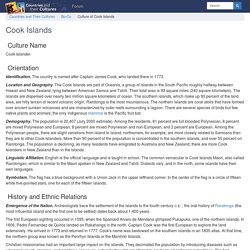 The country is named after Captain James Cook, who landed there in 1773. 4. – Tongans. An evolving ethnicity Tonga is a dispersed community, and Tongan identities are evolving in response to the new environments. 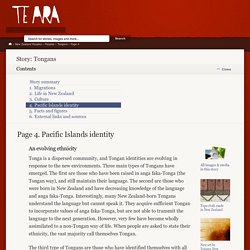 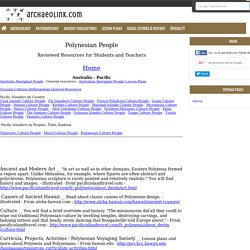 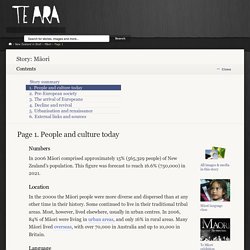 This figure was forecast to reach 16.6% (750,000) in 2021. Location In the 2000s the Māori people were more diverse and dispersed than at any other time in their history. Maori Culture, Traditions, History, Information, New Zealand. Home » New Zealand Information » Maori Copyright: Destination Northland (info@northlandnz.com) The Maori are the indigenous people, or tangata whenua, of New Zealand. 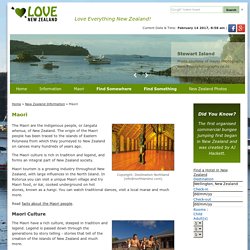 The origin of the Maori people has been traced to the islands of Eastern Polynesia from which they journeyed to New Zealand on canoes many hundreds of years ago. The Maori culture is rich in tradition and legend, and forms an integral part of New Zealand society. Pacific cultures research. Publications and digital media Research areas Documenting and interpreting Te Papa’s collections We are undertaking a long-term project that involves surveying Te Papa’s Pacific Cultures Collection by island group to verify what is held. 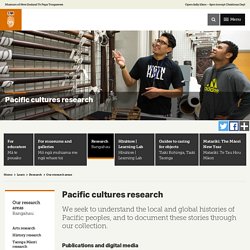