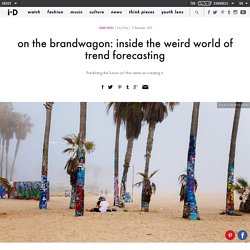 " This is at the essence of chaos magic, the power of positive thinking, the visualisation of success that leads to success itself, and also, apparently, the fashion trend to look out for. According to K-Hole's new trend report, A Report on Doubt, anyway, chaos magic will come to define the next few years.

People are inclined to believe them because K-Hole's previous trend report gifted us normcore. The eagerness to believe that chaos magic will become a thing might just lead to it becoming a thing, and this of course is chaos magic in action. When A Report on Doubt dropped, everyone was looking through it, eagerly scanning the pages of the PDF in a rush to file some copy on what K-Hole had decided would be big this season. Normcore was a rebellion tailor-made for the millennial mindset.

In response to this barrage, normcore said that its lack of rebellion was the new rebellion. War, sex and religion: MPs' most used words over 200 years. Image copyright Getty Images Who was the last MP to say "negroes" in the Commons? 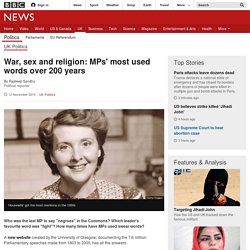 Which leader's favourite word was "fight"? How many times have MPs used swear words? A new website created by the University of Glasgow, documenting the 7.6 million Parliamentary speeches made from 1803 to 2005, has all the answers. A trawl through the 1.6 billion words spoken in Parliament over the past 200 years offers an alternative history of the nation's fads and obsessions and the changing cultural tastes of our elected representatives. Dr Marc Alexander, director of historical thesaurus of English, who was in charge of the project said in the 1800s "the things that parliament loved were liberty and justice but in more recent years it's animals and democracy".

The research found over time Members of Parliament have moved towards more personal speeches and using more slang. Fashion Trend: A Conversation About Magic With K-Hole. Remember normcore? 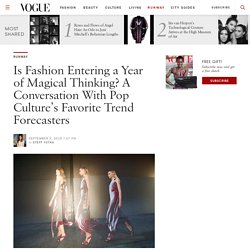 The movement that gave us everything from mom jeans to Birkenstocks and became a media sensation overnight? We have K-Hole to thank. The Secret to Hermès’ Success. PARIS, France — For consumers and investors alike, Hermès is the quintessential luxury brand, seen as having the most exclusive and desirable goods on the market. 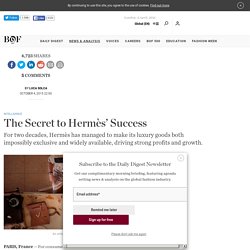 But real exclusivity is not much of a business model — Leonardo da Vinci paintings are exclusive, but trading in his artwork offers little scope for growth or profit. And yet, among the major luxury goods companies I monitor, including LVMH and Kering, Hermès has reported the highest return on invested capital and the best operating profit after tax in 13 of the past 15 years. Sure, Hermès sells exquisitely made products, but so do many other companies. So what makes Hermès unique? Ralph Lauren gets new chief executive - BBC News. Image copyright AP Designer Ralph Lauren, who pioneered a luxury lifestyle look, has stepped down as chief executive of the fashion company he founded nearly 50 years ago. 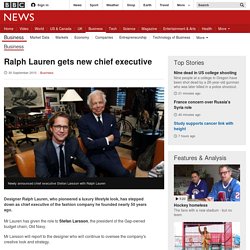 Mr Lauren has given the role to Stefan Larsson, the president of the Gap-owned budget chain, Old Navy. Mr Larsson will report to the designer who will continue to oversee the company's creative look and strategy. Analysts say luxury brands are increasingly hiring from mass-market firms. How Ralph Lauren created an American fashion icon - BBC News. In fashion, few trends last long but Ralph Lauren's designs have made his brand an icon. 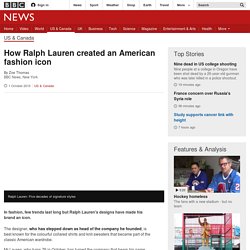 The designer, who has stepped down as head of the company he founded, is best known for the colourful collared shirts and knit sweaters that became part of the classic American wardrobe. Mr Lauren, who turns 76 in October, has turned the company that bears his name into a $7.5bn (£5bn) business. He will stay on as chief designer. Normcore將Out？最新時尚趨勢「Magic」懂了嗎？ 去年Normcore這股極簡的趨勢可說是颳起一陣旋風，舉凡各大秀場及街拍，再到名人時尚部落客無不搭上這班順風車，更登上Google 2014年搜尋次數第一的時尚字彙。 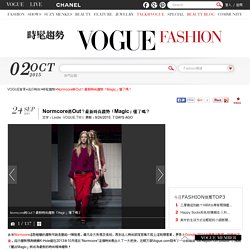 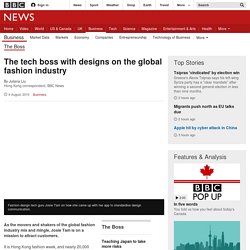 It is Hong Kong fashion week, and nearly 20,000 buyers and sellers from 65 countries are in town to swap opinions on what trends are in, or out. For 32-year-old Ms Tam it is a perfect opportunity to pitch a software application developed by her start-up company. The website and app is called Techpacker, and it aims to simplify how fashion designers communicate with distant factories that make their clothes. "Are you a fashion designer? " Ms Tam asks a young woman who walks past her booth. Ms Tam, whose name is Tan Huiyi in Mandarin Chinese, is keen to sign up as many people as possible. How social media has changed the fashion industry - BBC Newsbeat. Antecedents of luxury brand purchase intention.