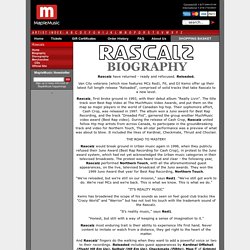 Reloaded. Van City veterans (which now features MCs Red1, Fit, and DJ Kemo offer up their latest full length release "Reloaded", comprised of solid tracks that take Rascalz to a new level. Rascalz, first broke ground in 1993, with their debut album "Really Livin". The title track won Best Rap Video at The MuchMusic Video Awards, and put them on the map as major players in the world of Canadian hip hop. Their sophomore effort, Cash Crop, was released in 1997. Rascalz would break ground in Urban music again in 1998, when they publicly refused their Juno Award (Best Rap Recording for Cash Crop), in protest to the Juno award system, which had not yet acknowledged the Urban music categories in their televised broadcasts. "We’ve reloaded, but we’re still on our mission," says Red1. "It’s reality music," says Red1. "Honest, but still with a way of keeping a sense of imagination to it.

" Tears Are Not Enough. The song was issued as a single by CBS Records in March of that year, and quickly reached number one on the Canadian Top 40 chart. 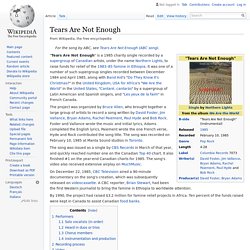 It also finished #1 on the year-end Canadian charts for 1985. The song's video also received extensive airplay on MuchMusic. By 1990, the project had raised $3.2 million for famine relief projects in Africa. Ten percent of the funds raised were kept in Canada to assist Canadian food banks. Performers[edit] Solo vocalists (in order)[edit] Heard in duos or trios[edit] Chorus members[edit] Chorus members included: Instrumentation and production[edit] Recording process[edit] Joni Mitchell later spoke to writer Iain Blair about the recording experience: "I know it sounds ridiculous, but I was literally starving when we did the session 'cause my yoga teacher had sent me to a psychic dietician who, while rubbing her chin and swinging her arm around in a circle, had diagnosed a lot of food allergies. 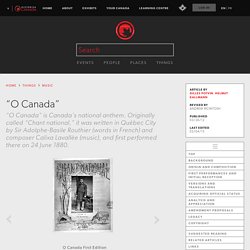 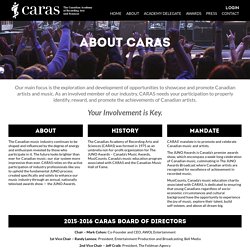 The future looks brighter than ever for Canadian music; our star system more impressive than ever. CARAS relies on the active participation of industry professionals like you to uphold the fundamental JUNO process; created specifically and solely to enhance our music industry through an annual, nationally televised awards show — the JUNO Awards. History. Félix Awards. Félix Awards. 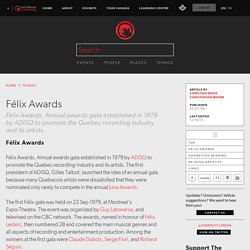 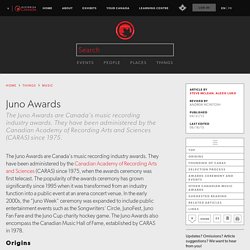 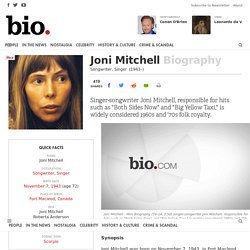