Trees 'sleeping' Robert Macfarlane sur Twitter : "“A small grove massacred to the last ash, An oak with heart-rot, give away the show: This great society is going to smash; They cannot fool us with how fast they go, How much they cost each other and the gods. A culture is.

*****Denmark forest canopy trail: Walking in the air. Learn more. *****Word of the day: "deciduous" - of trees; shedding their leaves each year in autumn. From the Latin dēciduus, 'tending to fall', 'fleeting'. Keep being drawn back to the #Chiswick street of Cratageus Thorns... Those berries are so striking. @TheStreetTree @SaveUKTrees #TreeCharter. 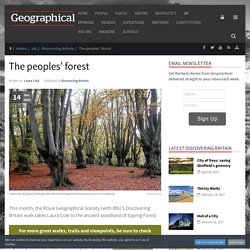 In Epping Forest, enclosure is a dirty word. Epping Forest: 7 April 1739. The notorious highwayman Dick Turpin (aged 33) was hanged in York for murdering an inn-keeper. European Tree of the Year: 2nd The Brimmon Oak, Wales. The Environmental Partnership Association is happy to see the Tree of the Year family growing. 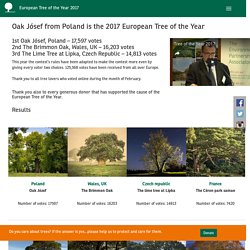 And we are so proud that this 16 year Czech born baby, already European teenager, is from the initially local initiative expanding little by little around the world. .@JohnMag20 uses every penny of the BBC graphics budget to show the #BrimmonOak in all its summer glory. Ladybird Book Nature Corner. Iris Reticulata, Fritillary, Polyantha, Grape Hyacinth #LeighPemberton. Ladybird Book Nature Corner. Primrose, Sweet Violet, Wood Anemone #Hilder. Snowdrops in the garden! Springlike again today. This shot of snowdrops from #weatherwatcher Pileus Fog in Great Shefford on Saturday. John H. Ladybird Book Nature Corner. Hellebore and Snowdrop #Hilder. *****TDW: "Snow has fallen again" #Tunnicliffe. Trees can form bonds like an old couple and look after each other. A forester and scientist have been studying communication between trees for decades; their incredible observations can be seen in the new documentary, 'Intelligent Trees.' Trees have feelings. 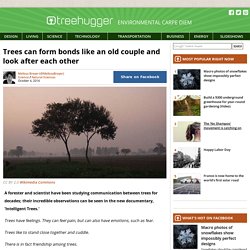 They can feel pain, but can also have emotions, such as fear. Trees like to stand close together and cuddle. There is in fact friendship among trees. **​How do I spot an Ancient Woodland? Wandering through a wood can be magical and feel totally wild. 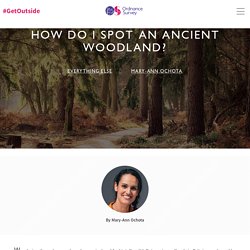 But most woodlands in Britain are shaped by human hands – and there are clues that reveal their hidden histories. An ancient woodland is officially an area that’s been continuously wooded since the year 1600 in England or Wales, or since 1750 in Scotland - the discrepancy is due to the availability of historical documents, rather than anything to do with Scottish trees!

The natural wildwoods of Britain were actually mostly cleared in prehistory between the Neolithic and the start of the Iron Age (4000BC - 800BC). We think of woods as wild places where nature rules, but for most of history they’ve been part of the working countryside, carefully managed to maximise timber for housing, ship building, fencing, firewood and nuts, leaves and seeds for animal and human food. Look at the trees! Traditional ways to manage trees ensured they provided the maximum amount of useful timber possible, without having to chop them all down. "Among the fallen beech leaves" #Tunnicliffe. #MammalWeek #Exmoor help us save our dormice. Foreign invaders infiltrate Britain’s ancient woodlands. In July 2013, a large, strangely shaped beetle emerged from the fabric of a wooden chair that had just been bought in the UK. 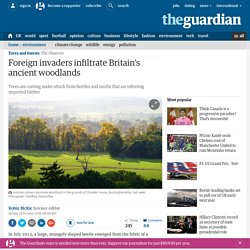 The inch-long creature had developed inside the chair’s wooden frame before it ate its way to the surface and burst through the seat’s plastic covering – much to the alarm of its purchaser. Crucially, the furniture had been made in, and imported from, China. Analysis by Fera Science, formerly the Food and Environment Research Agency, showed the beetle was a Japanese pine sawyer. Worse, the beetle was found to be infested with a second serious pest: the pinewood nematode worm. In combination, the beetle (Monochamus alternatus) and worm (Bursaphelenchus xylophilus) have been linked to widespread damage to pine forests in China and Japan.