All buildings have a natural resonance, which is the number of seconds it takes for the building to vibrate back and forth. If the period of ground motion matches the resonance of a building, it will undergo the largest oscillations and likely be damaged.

Seismic isolation in animals. PRX. Found in lifts (or elevators) = a seismic resilience measure… *****Seismic isolators: Check out the seismic dampers on the Santa Ana Airport Parking structure! Any seismic engineers out there care to elaborate? I can do the basics, but I bet someone out there csn really bring the info!… Construction/Deconstruction #DirkKoy #motionGraphics… *****Adaptation?! Earthquake mitigation.… *****Seismic isolators: Check out these earthquake stabilizers under the Utah Capitol. The entire building is sitting on them. Pretty cool stuff. We’re doing a story with Utah’s Earthquake Program manager about the best ways to prepare. It’ll run on @ 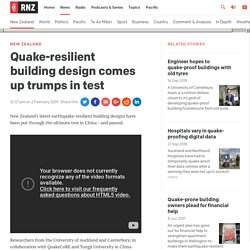 The fundamental challenge on resilient infrastructure is implementation. And implementation cannot happen without localization says Aromar Ravi, Director, Indian Institute for Human Settlement. It is critical to employment and livelihoods. #IWDRI2019 #Res. An experiment investigating how the mass &amp; flexibility of buildings influences their natural frequency. One of my year 12 #geologists made a video showing the set-up. Nice set of data collected, graphs plotted and Spearman's Rank done □ @SedberghSchoo. Earthquake survival training today #Tokyo #japan2019…

This earthquake-proof bed may look scary but it can save your life □□ The Japanese dome homes made of polystyrene that are designed to withstand earthquakes. Future - How Japan's skyscrapers are built to survive earthquakes. Behavior of building during EQ Normal vs Base isolated… Cashier at Morrison’s: Can I ask what you are using all of these marshmallows for? @MissChambers15 imagine her face when I replied with ‘building earthquake proof buildings’□

ANIMATION (00:01:24) - How will 3 buildings that are engineered equally but built on different bedrock react to an #earthquake? Shopping around for phone cases ... I think this is the first time I have come across "aseismic" in a non-technical, non-earthquake context. #TopMarketingBS #AeismicGasbag… *****Retrofitting: This Quake-Proof Japanese Building Uses A Net Of Rods To Prevent Shaking. When recent earthquakes rocked southern Japan, the city of Nomi, around 200 miles west of Tokyo, didn’t feel the tremors. 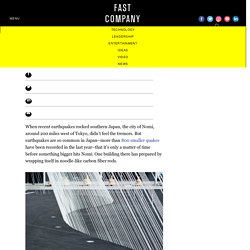 But earthquakes are so common in Japan–more than 800 smaller quakes have been recorded in the last year–that it’s only a matter of time before something bigger hits Nomi. One building there has prepared by wrapping itself in noodle-like carbon fiber rods. The building–an office and lab for a textile manufacturer–needed to be stronger in the case of a quake. Rather than tearing the old building down and building something new from scratch, the company decided to pioneer a new type of reinforcement, with a new carbon material designed in collaboration with architect Kengo Kuma. The carbon rods are stronger, lighter, and more flexible than metal, so if the building shakes, the rods can hold it in place. Through digital modeling, the architecture and engineering teams figured out how to place the rods to hold the building together. All Images: Takumi OtaAP. *****Seismic isolators: Prof Shinta Yoshitomi explains approaches to dynamic analysis and #seismic performance of Japanese historical structures. ‘Base isolation’ is demonstrated using a nice litt.

*****Seismic isolators: earthquake science behind the construction of this iconic bridge. #goldengatebridge #sanfrancisco #earthquakeproof… *****Seismic isolators: One of the strongest buildings we've had all day! It's all about those #triangles and #crossbeams ⚠️□❌□️ @CheltSciFest @ES_UCL #Cheltscifest #makershack #geobus #Geoengineering #slomo #earthquake… Indonesia earthquake: how scrap tyres could stop buildings collapsing. At the time of writing, 436 people have died following an earthquake in the Indonesian island of Lombok. 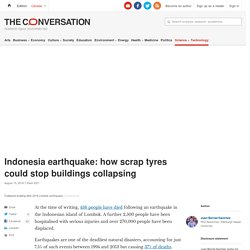 A further 2,500 people have been hospitalised with serious injuries and over 270,000 people have been displaced. Earthquakes are one of the deadliest natural disasters, accounting for just 7.5% of such events between 1994 and 2013 but causing 37% of deaths. And, as with all natural disasters, it isn’t the countries that suffer the most earthquakes that see the biggest losses. Instead, the number of people who die in an earthquake is related to how developed the country is. In Lombok, as in Nepal in 2015, many deaths were caused by the widespread collapse of local rickety houses incapable of withstanding the numerous aftershocks. In response to this issue, my colleagues and I are working on a way to create cheap building foundations that are better at absorbing seismic energy and so can prevent structures from collapsing during an earthquake. Rubber-soil mixture A promising future.

Japanese #earthquake resistant infrastructure getting a solid test today - elevated highway in #Osaka I believe… Our Y8s loved testing their buildings on the wobble board. Thanks to the @GeoBus_UCL for maximising their engagement in Tectonics □□□□ Architects Created a Foldable House That Can Withstand Earthquakes. World Building of the Year 2017: Post-earthquake house in Chinese Village awarded top prize. “Architects must work to improve and sometimes to save life,” declares a proud Professor Edward Ng from the Chinese University of Hong Kong, whose faculty project, a post-earthquake house in Guangming Village, won the World Building of the Year award at the World Architecture Festival (WAF) in Berlin last month. 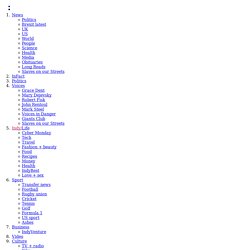 The Ludian earthquake in 2014 destroyed most of the local buildings in Guangming. The project attempted to reinvent the traditional building technology of the area, providing villagers with a comfortable, sustainable reconstruction strategy that they could afford – and pass on to their children. A prototype house was built for an elderly couple to test out the design. Teachers in Bucharest @scientix_eu workshop learning about building earthquake resistant buildings from Prof Taylor @BristolUni.