Is Britain Becoming a Failed State? by Chris Patten. Failed states used to be largely the preserve of the developing world, where the institutions of democracy do not have deep roots. 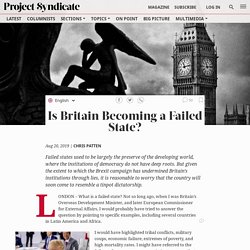 But given the extent to which the Brexit campaign has undermined Britain's institutions through lies, it is reasonable to worry that the country will soon come to resemble a tinpot dictatorship. LONDON – What is a failed state? Not so long ago, when I was Britain’s Overseas Development Minister, and later European Commissioner for External Affairs, I would probably have tried to answer the question by pointing to specific examples, including several countries in Latin America and Africa.

I would have highlighted tribal conflicts, military coups, economic failure, extremes of poverty, and high mortality rates. I might have referred to the failure of more prosperous societies to ensure that globalization helped everyone and did not leave some communities trapped in deprivation. The parties to which most MPs belong represent different strands of opinion. 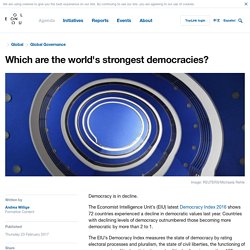 Countries with declining levels of democracy outnumbered those becoming more democratic by more than 2 to 1. The EIU’s Democracy Index measures the state of democracy by rating electoral processes and pluralism, the state of civil liberties, the functioning of government, political participation and political culture in more than 160 countries worldwide. The EIU’s ranking shows the average global democracy score in 2016 fell to 5.52, down from 5.55 in 2015 (on a scale of 0 to 10). *****Which are the world's strongest democracies? #USA is downgraded to "flawed democracy" by @TheEconomist. No need for Schadenfreude but serious global concern. *****2017 Social Progress Index. *****Social Progress Index: These are the countries ranked best - and worst - at governing (governance) For the amount of money it has to spend, the US is worse than every other Western country at providing its citizens with a good society. 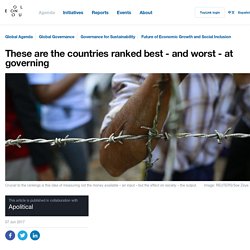 That’s according to the Social Progress Index, a new way of measuring how good a job societies are doing for the people who live in them. The purpose of it is to find a rigorous, mathematical means of defining a country’s success that isn’t just GDP. (Incidentally, GDP was designed to measure production from farms and factories, and doesn’t map very well to what today’s economies actually consist of.)

“These are countries that just fell apart” “A great example of why that’s important is the Arab Spring,” Michael Green, CEO of non-profit the Social Progress Imperative, which designed the index, told Apolitical. To get to those rankings, the SPI crunches a lot of numbers. The world’s biggest over-performer is Costa Rica The biggest over-performer – by a big margin – is Costa Rica, followed by Kyrgyzstan and Moldova. *****Well-being: Denmark has the best work-life balance. Here’s why.

*****Fragility Index / Indices (interactive map) *****#Map shows how dangerous the world’s countries are rated to be. General rule: the more democratic your country the safer you are. Cherish an… Superb essay on flaws and strengths of democracies - literally exciting to read. e.g. ‘Even if democracy is often bad at coming up with the right answers, it is good at unpicking the wrong ones.’ Ignore silly title; it’s a blizzar. How populism is poisoning the global liberal order #democracy…

Is There Something Wrong With Democracy? Democracy Index: countries with the word “Democratic” in the name are highlighted in red. Turns out that’s a pretty good indicator for autocratic countries. Source. Hugely powerful stuff from a measured source. Essential reading for A level #geography Global Governance #edexcel #OCR #aqa #eduqas. Why replacing politicians with experts is a reckless idea. Democracy is tired, vindictive, self-deceiving, paranoid, clumsy and frequently ineffectual. 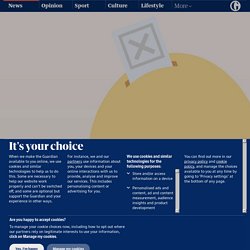 Much of the time it is living on past glories. This sorry state of affairs reflects what we have become. More than half of the world population lives in a democracy today. [as always, from. Mugabe isn't even the African continent's longest serving president. Cameroon and Equatorial Guinea's presidents have been in power for 42 a… 49 countries are considered dictatorships. Page features profiles of each one. Putin included... Source. Answer from Russell J Dalton: yes. If more citizens are partipating, and in a relatively equal way. Global Terrorism Database. The updated GTD WebGL Globe is an interactive geographic visualization, currently in beta, that plots the location and frequency of yearly terrorist attacks worldwide from 1970-2014. 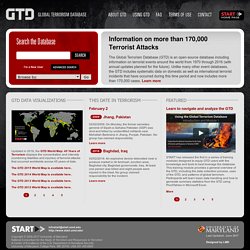 It was developed by START using the WebGL Globe open platform created by the Google Data Arts Team. Automated geocoding from the OpenCage Geocoder supplements the geocoding available in the public dataset. Periscopic, a data visualization firm that promotes information transparency and public awareness, has produced an innovative, interactive tool that allows users to explore the impact and dynamics of GTD perpetrator groups.

A World of Terror examines the 25 perpetrators that were most active between 1970 and 2013, visualizing their attack patterns across multiple dimensions including life span, recency, casualties, and geographic spread. *****Nepotism across different nations. Which Government System is the Best for People's Wealth? #dataviz #economy #politics. When people don’t trust their government #democracy can be at risk when people elect non-politicians disrespecting separation of powers. Press freedom rank 2017 1 □□Norway 16 □□Germany 22 □□Canada 40 □□UK 43 □□US 103 □□Brazil 155 □□Turkey 176 □□China.