What examples of places being associated with TV programmes are there that current students will relate to? Worried that reference to Inspector Morse &amp; Oxford might go over their heads! #teamgeography. Wow Incredible..... hiking the Watzmann Mountain, Germany. Twitter. NST Geography Trips sur Twitter : "#Iceland is a popular location choice for film producers, thanks to its diverse & other-worldly scenery. Just for fun, here's a map of movie locations in the land of fire & ice... Photo credit Film in Iceland #geography. *****Harry Potter: One benefit of travelling from King’s Cross this early is that the busiest platform is entirely devoid of twig-wielding tourists…

Patrick bresnihan sur Twitter : "Chris O'Dowd's 'Moone Boy' tells a story of family life in a small Irish town in the early 1990s. O'Dowd is from Boyle, Roscommon, and much of the tv show was filmed there. @geogsocire. Tourist pressure in #Iceland Justin Bieber effect leads to closure of Icelandic canyon @DTW_Education. Mamma Mia: film tourism is a blessing and a curse as those countries found out. Disneyfication - such a useful term for the place unit… Medway: Call the Midwife revamped tours launch at Chatham Historic Dockyard and exhibition with TV stars. Stars of the popular TV series Call the Midwife were out in force today to launch revamped tours based on the show and a brand new exhibition. 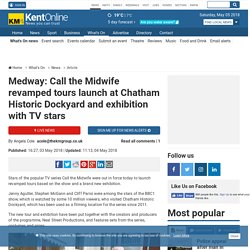 Jenny Agutter, Stephen McGann and Cliff Parisi were among the stars of the BBC1 show, which is watched by some 10 million viewers, who visited Chatham Historic Dockyard, which has been used as a filming location for the series since 2011. The new tour and exhibition have been put together with the creators and producers of the programme, Neal Street Productions, and features sets from the series, costumes and props. Visitors are taken on a tour of the dockyard to see key locations used in filming, including HMS Cavalier, which is often used when scenes call for ships and dock sets. Angela Cole □□□□ sur Twitter : "Exciting times @DockyardChatham yesterday as the #callthemidwife stars helped launch the new tours. Here's the giggle we had interviewing them for @KMTV_Kent (Pic Daniel Turner) Bigger feature in nex. I Visited Almost Every ‘Lord Of The Rings’ Filming Location And Recreated Some Scenes. Thai efforts to protect location for DiCaprio film The Beach from tourist damage. 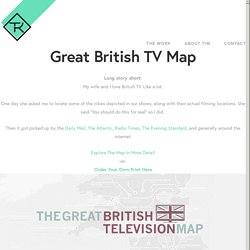 Like a lot. One day she asked me to locate some of the cities depicted in our shows, along with their actual filming locations. She said "You should do this for real" so I did. The splendid #PeakyBlinders recreates Small Heath in the West Midlands circa 1919 ( with a bit of help from CGI ) The actual street, however… *****Media valorisation: The Eco Impact of Finding Nemo and Finding Dory. Unless you were living under a reef in 2003, you probably watched the Disney Pixar box-office smash Finding Nemo at least three times. 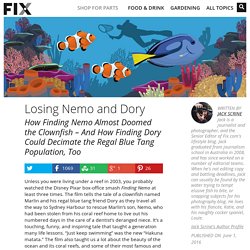 The film tells the tale of a clownfish named Marlin and his regal blue tang friend Dory as they travel all the way to Sydney Harbour to rescue Marlin’s son, Nemo, who had been stolen from his coral reef home to live out his numbered days in the care of a dentist’s deranged niece. It’s a touching, funny, and inspiring tale that taught a generation many life lessons. “Just keep swimming” was the new “Hakuna matata.” The film also taught us a lot about the beauty of the ocean and its coral reefs, and some of their most famous and attractive inhabitants. We all certainly fell in love with the clownfish and blue regal tang – two glamorous species in the wild, and lovable characters in the film. <a href=" src=" alt="Losing Nemo and Dory - Meet the Clownfish and Regal Blue Tang" border="0" /></a><br />Source: <a href=" Blog</a>

2017's most beautiful filming locations: On Location. *****We've been inspired by #TheDurrells on @ITV. Time may have passed, but its charm remains. #WhyNot visit Corfu? Transformers' Skye scenes no longer in disguise. Image copyright Calum Maclean/BBC Scenes that were shot on Skye last summer for the new Transformers movie can be glimpsed in a newly-released trailer for the film. 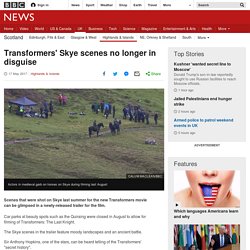 Car parks at beauty spots such as the Quiraing were closed in August to allow for filming of Transformers: The Last Knight. Wannabe Bonds blamed for damage in Highlands glen. Poldark's Levant Mine parking fees 'insensitive' The introduction of parking charges on a Poldark filming site where 31 men died nearly 100 years ago in a mining disaster has been defended by the National Trust. 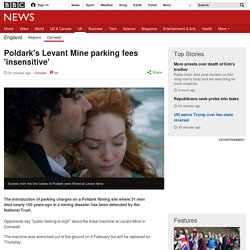 Opponents say "public feeling is high" about the ticket machine at Levant Mine in Cornwall. The machine was wrenched out of the ground on 4 February but will be replaced on Thursday. The National Trust said the fees fund conservation and maintain the site. Kvikmyndatökustaðir. Explore The Map — Tim Ritz Graphic Design. Media valorisation: Roald Dahl and the Chilterns. Media valorisation by 'Frozen': Norway slashes tourism adverts as it is overwhelmed thanks to 'Frozen effect'