Is there a geography to climate change concern in Ireland? While obviously not the same thing, the Green Party support map at May's local elections #LE19 might offer some hints - support higher in more urban areas, esp middle class areas #ClimateChangeWee. Fine Gael support map for Wicklow Dáil constituency (2007GE) shows how parties use tally figures to shape future election plans With a clear "gap. A new map of Ireland : civil and ecclesiastical. Meanwhile, Ireland has just re-elected a president who speaks like this. #Map shows pubs per county in #Ireland. Please let me know if you’ve ever seen a more Irish map! Source. 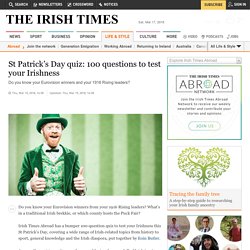 What’s in a traditional Irish brekkie, or which county hosts the Puck Fair? Irish Times Abroad has a bumper 100-question quiz to test your Irishness this St Patrick’s Day, covering a wide range of Irish-related topics from history to sport, general knowledge and the Irish diaspora, put together by Eoin Butler. Answer these 100 questions and you could win a hamper full of Irish treats delivered anywhere in the world, including Tayto crisps, Cadbury’s chocolates, Jacob’s buscuits, and to wash it all down, a box of Barry’s Tea. Luck o’ the Irish to ye! If you are reading this in The Irish Times app, click here to access the quiz. 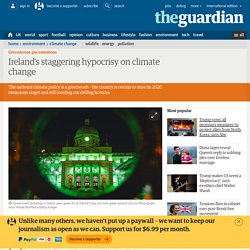 Last year it appointed its first ever “climate action minister”, and in June it outlawed onshore fracking. What’s more, the telegenic new taoiseach Leo Varadkar dedicated much of the first day of his Cabinet retreat to discussing climate change. Last week Varadkar introduced Ireland’s first national mitigation plan (NMP) in more than a decade, and said that addressing climate change would “require fundamental societal transformation and, more immediately, allocation of resources and sustained policy change.” If success could be measured simply by repetition – the word “sustainable” appears no fewer than 110 times in the NMP – Ireland would undoubtedly be among the world’s leading countries. But looks can be deceiving. Naughten’s discomfort in media interviews was obvious. 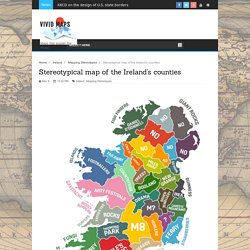 Louth - Go homeMayo - FootballersMeath - New GrangeMonaghan - Offaly - ObamaRoscommon - CountrysideSligo - Far awayTipperary - M8Waterford - SeasideWestmeath - BoglandWexford - FerryWicklow - Lakes, and mountains Related post: - Irish counties by their literal meaning “Maps are like campfires – everyone gathers around them, because they allow people to understand complex issues at a glance, and find agreement about how to help the land.”