@simongerman600 And here the first postcode map of them all....German Reich 1943... "Postleitzahlen Deutschland" This map shows the postcodes of Germany. Nice and orderly. Very German... Source. These maps show the historical boundaries of Germany since 1865. Taken from an atlas by the CIA. Historical knowledge matters in intelligence work. Source. Pat Leahy: What Ireland can learn from the Germans. About a million years ago, or at least in the mid-1990s, I followed the then well-worn trail for Irish students and spent a few summers working in Germany. 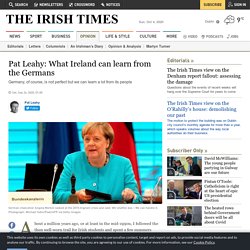 Thousands of us staffed the assembly lines in car plants, envelope factories, furniture warehouses, and so on. We practised our bog-German (though more often the Germans practised their English on us), sublet student accommodation and overcrowded it dangerously, drank oceans of excellent beer, put old five pence pieces into the payphones (they were the same size as Deutschemarks) once a week to tell our parents we were still alive, saved pots of money for college and generally took advantage of the remarkable tolerance of Germans by breaking many of the rules they unconsciously observed.

We bunked on public transport. We didn’t recycle (except for the beer bottles). We slept at work. Despite Germany’s economic power, it was clear that parts of the country were struggling. Reformed But it did, really. Six characteristics Scandals.

This flag map of Germany divides the population into three parts of equal population. Source. This map shows the German road and city network in 1948 when the country was occupied by Britain, France, Russia and the US. The map is beautiful and one of my favourite views of my birth country. Zoomable version here. How divisions between East and West Germany persist 30 years after reunification. The ghost of the Berlin Wall lives on 30 years after its collapse. 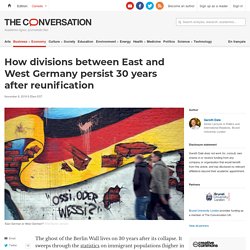 It sweeps through the statistics on immigrant populations (higher in the west) and on poverty, pensioners and electoral support for the Left Party Die Linke and for far-right parties (all higher in the east). Persistent east-west division intersects with class divides, as well as historical and present forms of institutional racism. This provides the backdrop for the particular success of far-right parties in Germany’s eastern provinces. Some of my happiest childhood and family memories happened in Germany. Absolutely love the place.… Map of the religious denominations in Germany by district (as of 2011 Census, likely more grey now). Source. Ost-West-Wanderung: Die Millionen, die gingen. In der Nacht auf den 3. 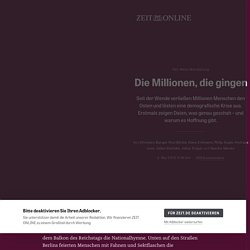 ...and in the same city a year later #whatdidthegermanseverdoforus… Helgoland, Germany, 1890. Map of the Roosevelt Plan shows how #Germany could've been subdivided after #WWII. The goal was to break Germany into various small nations to avoid the nation starting WWIII. Source. 1959 Berlin before the wall: Panorama's Robert Kee reported from Berlin on what life was like for people in both the East and West of the city.… Age pyramid of #Germany shows why the country needs highly skilled migrants of working age. Once the big group of 50-59 year olds reaches retirement age there will be a massive lack of workers to ensure high productivity. 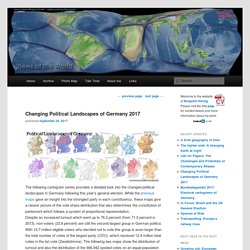 While the previous maps gave an insight into the strongest party in each constituency, these maps give a clearer picture of the vote share distribution that also determines the constitution of parliament which follows a system of proportional representation. Despite an increased turnout which went up to 76.2 percent (from 71.5 percent in 2013), non-voters (23.8 percent) are still the second largest group in German politics. With 14.7 million eligible voters who decided not to vote this group is even larger than the total number of votes of the largest party (CDU), which received 12.4 million total votes in the list vote (Zweitstimme). The following two maps show the distribution of turnout and also the distribution of the 466,942 spoiled votes on an equal-population projection: Turnout and Invalid Votes (click for larger version) "What Germany wants" 1917 #map shows territorial claims of #Germany. Interesting piece of #history. Read comments in link for more details o… 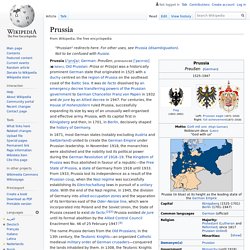 In November 1918, the monarchies were abolished and the nobility lost its political power during the German Revolution of 1918–19. Great overnight effort on German elections from @FT’s @BillyEhrenberg @jburnmurdoch @martinstabe @HalukaMB #dataviz. In former #EastGermany economy struggles, educated women move away, very male population. Explanation for high far-right and far-left vote? From @AliCologne Left: where most "immigrants" live Right: where most AfD voters live.

A nuanced take on #BTW17: 1) Just so it's out of the way: the result will have 0 impact on Germany's Brexit position. #History #map: German Settlements and Presence in eastern Europe throughout History. Source. Berlin, Germany has green spaces & wildlife too! Explore them with this map #VisitBerlin #VisitGermany #GreenBerlin. How a German river marks cultural divide between east and west. “Imagine Europe as a pair of lungs,” says Reiner Haseloff, the state premier of Saxony-Anhalt, as he stares from the top deck of a river cruiser at the winding waterways below. 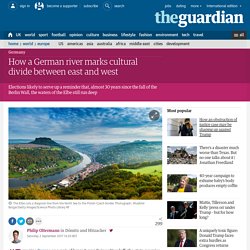 “The Elbe is where the two lungs meet.” The river that cuts a roughly diagonal line from the North Sea to the Polish-Czech border has been more than just a waterway for at least 21 centuries. As historian James Hawes traces in a recent book, Roman emperors dared not venture beyond the Elbe and in the middle ages it formed the eastern border of Charlemagne’s empire. German Chancellor Angela Merkel is seeking re-election but increasing anti-immigration sentiment could stand in her way. *****Percentage of Children aged 0-4 in Germany #Demography #Germany. #Map shows names for #Germany across #Europe. Basically named after whatever old German tribe attacked each country. Interactive #map: draw former border between East & West #Germany from memory. #History and #geography #quiz.