Twitter. Twitter. Mapped: fossil fuel production by country #energy #environment… Fossil Fuel Production by Country. Rosamund Pearce sur Twitter : "□How the UK has transformed its electricity supply in a decade ☀ ...and how things are expected to continue changing. Me and @DrSimEvans have been working on this interactive for over a year! #netzero @CarbonBrief. The American Geographical Society sur Twitter : "Check out this interactive map that shows every type of energy plant/ station and its location in the USA! #map #energy #usa This map directly relates to our AGS Symposium: Geography. 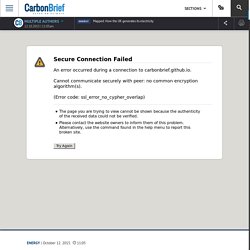 Yet these older sources still supply most of the UK’s electricity. Carbon Brief has plotted the nation’s power stations in an interactive map to show the diversity of the UK’s electricity supply. The UK’s energy resources are not shared evenly. The maps also show how the UK’s hydroelectric generation is limited to Scotland and Wales, where plentiful rainfall, mountains and sparsely populated valleys make it easier to build dams. Windfarms are skewed, too, towards the coastlines and higher ground where consistent wind speeds are more reliable. 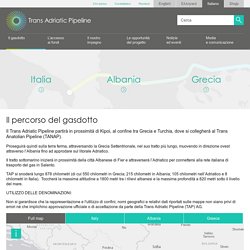 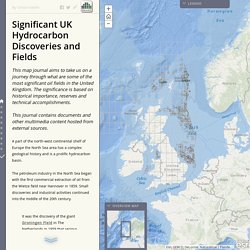 The field is currently operated by Shell UK limited and was once one of the most productive fields in the United Kingdom. The field has reached the stage where production is no longer economically viable. Decommissioning of the Brent field will be conducted over the coming decade. Side note: Brent Crude is a trading benchmark for pricing crude oil. Discovery This field was the first discovery in the northern part of the North Sea, and is one of the largest hydrocarbon accumulations in the United Kingdom licence area. The Brent Field discovery well was drilled in 1971, and was followed by six further exploration and appraisal wells that allowed calculations of volume to reach oil/condensate-in-place at 3.8 MMSTB, original wet gas-in-place is 7.5 TSCF.

Volumes taken from Taylor et al. 2003 Production Controversy Export. Renewable Energy - Views of the World. Renewable energy is defined as ‘energy from a source that is not depleted’. 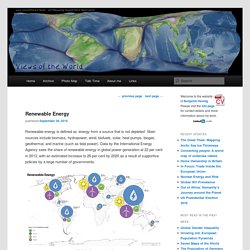 Main sources include biomass, hydropower, wind, biofuels, solar, heat pumps, biogas, geothermal, and marine (such as tidal power). Data by the International Energy Agency sees the share of renewable energy in global power generation at 22 per cent in 2013, with an estimated increase to 26 per cent by 2020 as a result of supportive policies by a large number of governments. (click for larger version) Energy pathways: Why China wants control over south sea is that most of its #oil and #gas imports have to go through it. Flow line map: The global coal trade. 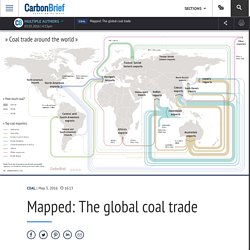 Now, the coal trade seems to have stalled, or even gone into reverse. This change of fortune has devastated the coal mining industry, with Peabody – the world’s largest private coal-mining company – the latest of 50 US firms to file for bankruptcy. It could also be a turning point for the climate, with the continued burning of coal the biggest difference between business-as-usual emissions and avoiding dangerous climate change. Carbon Brief has produced a series of maps and interactive charts to show how the global coal trade is changing.