#13 - Managing a Monster - On The Media. GEORGE NOORY: From the city of angels off the Pacific Ocean - good morning, good evening, wherever you may be across the nation, around the world. 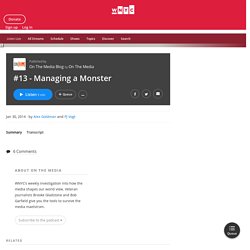 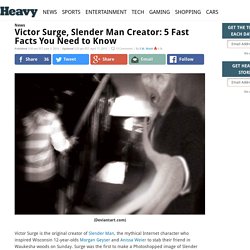 Surge was the first to make a Photoshopped image of Slender Man, submitting it to a forum called Something Awful (SA) in 2009. From there, Internet users created backstories and more manipulated images of the character, and it grew to become an Internet pop-culture sensation. Here’s what you should know about the man behind the meme. 1. "Slenderman: From fiction to fact" Slenderman. Sometimes decisions in life aren’t easy to make, and rather than being driven by morals or logic, they’re driven by emotion and sheer necessity to survive. 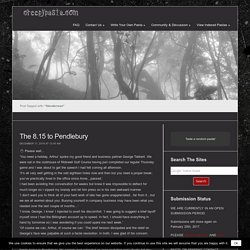 From time to time, everyone is forced to make a decision like this, and I am no different. That being said, it doesn’t mean I’m proud of what I do. Slenderverse Media. Please reblog. iamsare: Once again, I’m forced out of my home because of flooding. 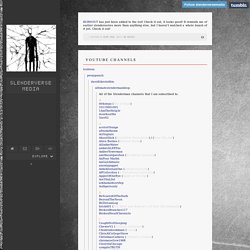 This is twice within about two weeks. How the Internet's creepiest meme mutated from thought experiment to Hollywood blockbuster. Say you’re paging through a message board and come across a photo, only something about it seems off. 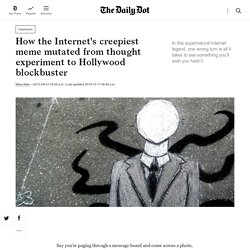 The way it’s framed, you get the sense you’re meant to see something that’s barely visible. That's when the figure emerges—a tall and spindly form, nearly humanoid save for his ghastly proportions. Slenderman historia internetowego mitu. Oblicza Kultury - Horror w krótkim metrażu: "Proxy: A Slender Man story" (2012) - recenzja [wideo] Slenderman « USC Digital Folklore Archives. Context: I was hanging out with my friend, watching Invader Zim and playing horror games, when my friend asked me if I knew what Slenderman was. 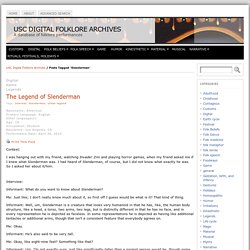 I had heard of Slenderman, of course, but I did not know what exactly he was. So I asked her about it/him. Interview: Informant: What do you want to know about Slenderman? Sala Zabaw. Cykl "dzieci i wrażliwość".... - Natalia Hemmerling. Charlie Brooker: Supposing... The face at the window is coming to get you. It's late at night, pitch black outside, and you're in the house alone. 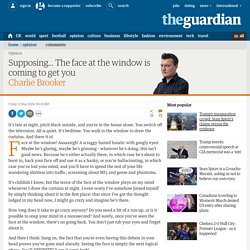 You switch off the television. All is quiet. It's bedtime.