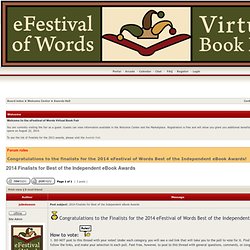 How to vote: 1. DO NOT post to this thread with your votes! Under each category, you will see a red link that will take you to the poll to vote for it. Find the categories you want to vote it, follow the links, and make your selection in each poll. 2. 3. A Note to FinalistsDO*Use the attached Finalist Seal below in your own promotional efforts. *Share the news of your status on social media and encourage your fans to vote for you. *Feel free to share additional information about your book in the voting thread for your category.

How Twitter really does sell books. Irish indie author J J Toner shares the route he has found to raise the visibility and sales of his self-published thrillers via Twitter. 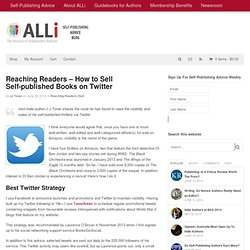 I think everyone would agree that, once you have one or more well-written, well-edited and well-categorized eBook(s) for sale on Amazon, visibility is the name of the game. I have four thrillers on Amazon, two that feature the Irish detective DI Ben Jordan and two spy stories set during WW2. The Black Orchestra was launched in January 2013 and The Wings of the Eagle 12 months later.

So far, I have sold over 8,500 copies of The Black Orchestra and close to 3,000 copies of the sequel. In addition, interest in DI Ben Jordan is experiencing a revival! Best Twitter Strategy I use Facebook to announce launches and promotions and Twitter to maintain visibility. This strategy was recommended by Laurence O’Bryan in November 2013 when I first signed up to his social networking support service BooksGoSocial. 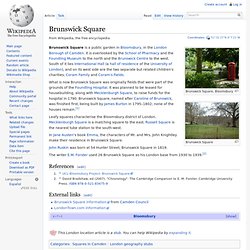 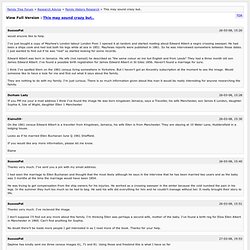 Henry Mayhew. In 1851 the journalist, playwright and liberal philanthropist, Henry Mayhew, published the first edition of his masterpiece, 'London Labour and the London Poor'. 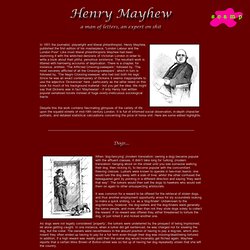 Like most liberal philanthropists Mayhew had been slumming it with the wretched denizens of Victorian London in order to write a book about their pitiful, penurious existence. The resultant work is littered with harrowing accounts of deprivation. There is a chapter, for instance, entitled, ‘The Afflicted Crossing-sweepers’; followed by, ‘The most severely afflicted of all the Crossing-sweepers’; which in turn is followed by, ‘The Negro Crossing-sweeper, who had lost both his legs’. London Labour and the London Poor. Octavia Hill. Octavia Hill (3 December 1838 – 13 August 1912) was an English social reformer, whose main concern was the welfare of the inhabitants of cities, especially London, in the second half of the nineteenth century. 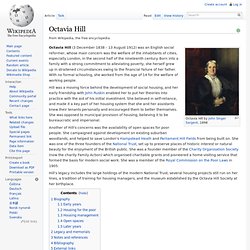 Born into a family with a strong commitment to alleviating poverty, she herself grew up in straitened circumstances owing to the financial failure of her father. With no formal schooling, she worked from the age of 14 for the welfare of working people. Hill was a moving force behind the development of social housing, and her early friendship with John Ruskin enabled her to put her theories into practice with the aid of his initial investment. She believed in self-reliance, and made it a key part of her housing system that she and her assistants knew their tenants personally and encouraged them to better themselves.

She was opposed to municipal provision of housing, believing it to be bureaucratic and impersonal. Biography[edit] Early years[edit] Reconstructing the Black Past: Blacks in Britain 1780-1830 - Dr Norma Myers, Norma Myers. LEGLESS. The Negro Crossing Sweeper who had lost both of his legs.