NPTEL Online-IIT KANPUR. Experiments: Experiment 15. Experiment 15 - Cockcroft Walton Multiplier © Engineer Xavier Borg - Blaze Labs Research One of the cheapest and popular ways of generating high voltages at relatively low currents is the classic multistage diode/capacitor voltage multipler, known as Cockcroft Walton multiplier, named after the two men who used this circuit design to be the first to succeed in performing the first nuclear disintegration in 1932. 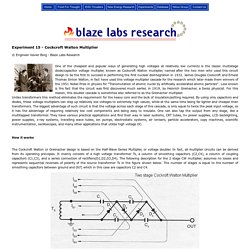 James Douglas Cockcroft and Ernest Thomas Sinton Walton, in fact have used this voltage multiplier cascade for the research which later made them winners of the 1951 Nobel Prize in physics for "Transmutation of atomic nuclei by artificially accelerated atomic particles". Less known is the fact that the circuit was first discovered much earlier, in 1919, by Heinrich Greinacher, a Swiss physicist. For this reason, this doubler cascade is sometimes also referred to as the Greinacher multiplier. 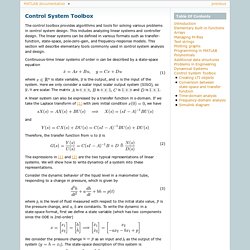 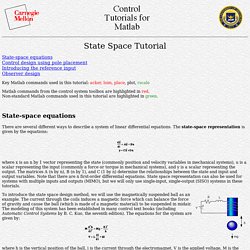 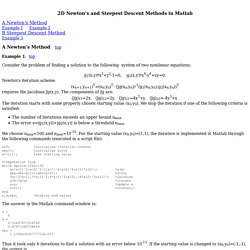 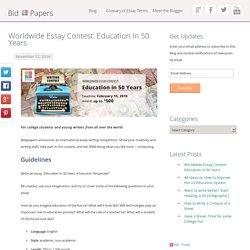 Show your creativity and writing skills, take part in this contest, and win $500 doing what you like most – composing. Guidelines Write an essay “Education In 50 Years: A Futurist’s Perspective” MATLAB Program for Economic Dispatch in Power Systems. AIM: To understand the fundamentals of economic dispatch and solve the problem using classical method with and without line losses. 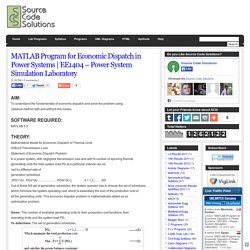 SOFTWARE REQUIRED: MATLAB 5.3 THEORY: Mathematical Model for Economic Dispatch of Thermal Units Without Transmission Loss: Statement of Economic Dispatch Problem In a power system, with negligible transmission loss and with N number of spinning thermal generating units the total system load PD at a particular interval can be met by different sets of generation schedules {PG1^(k) , PG2^(k) , ………………PGN^(K) }; k = 1,2,……..NS Out of these NS set of generation schedules, the system operator has to choose the set of schedules, which minimize the system operating cost, which is essentially the sum of the production cost of all the generating units. This economic dispatch problem is mathematically stated as an optimization problem. Necessary conditions for the existence of solution to ED problem The ED problem given by the equations (1) to (4).

C# Fundamentals: Development for Absolute Beginners. Serial Communication in Java with Example Program. This is more of a follow-up to my previous post about serial programming in Java (here) and how to install the RXTX libraries (here). 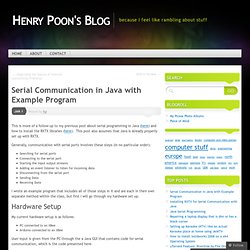 This post also assumes that Java is already properly set up with RXTX. Generally, communication with serial ports involves these steps (in no particular order): Searching for serial portsConnecting to the serial portStarting the input output streamsAdding an event listener to listen for incoming dataDisconnecting from the serial portSending DataReceiving Data I wrote an example program that includes all of those steps in it and are each in their own separate method within the class, but first I will go through my hardware set up. My current hardware setup is as follows: PC connected to an XBeeArduino connected to an XBee User input is given from the PC through the a Java GUI that contains code for serial communication, which is the code presented here. [Solved] How communicate with serial port in Java ? Course Overview. Robots are rapidly evolving from factory workhorses, which are physically bound to their work-cells, to increasingly complex machines capable of performing challenging tasks in our daily environment. 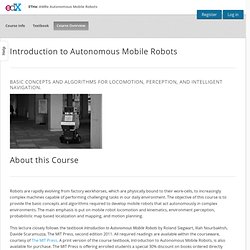 The objective of this course is to provide the basic concepts and algorithms required to develop mobile robots that act autonomously in complex environments. The main emphasis is put on mobile robot locomotion and kinematics, environment perception, probabilistic map based localization and mapping, and motion planning. This lecture closely follows the textbook Introduction to Autonomous Mobile Robots by Roland Siegwart, Illah Nourbakhsh, Davide Scaramuzza, The MIT Press, second edition 2011. All required readings are available within the courseware, courtesy of The MIT Press.

A print version of the course textbook, Introduction to Autonomous Mobile Robots, is also available for purchase. The course runs from February 14th, 2014 to May 26th, 2014. Wiki - Syllabus. Productivity Strategies.