Images to print for friday

From Period Calendars To Mental Health Aids: Are Apps Making Doctors Irrelevant? Does your phone know more about your ovulation than you? 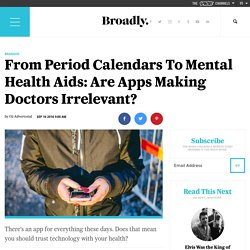 Have you got a throbbing arm or twitchy eye? How many steps did you take yesterday? Did you surpass your standing goal today? And do you want a side of mindfulness with that? With over 165,000 health-related apps on Apple's App Store, having your very own doc-in-your-pocket has become the new normal for millions of mobile users worldwide. Then came WebMD in 1996—not the first but definitely the most popular digital health resource—and with it the coining of the term "cyberchondriac" (a person prone to self-diagnosis via the internet). Read more: Covens Versus Coders: How Witchcraft Apps Are Pissing Off Real Witches In 2008, Apple launched the App Store, and health and medical-related apps proliferated at an exponential rate, with calorie counters, pedometers, yoga teachers, period trackers, hearing tests, mindfulness coaching, and workout routines among the most downloaded apps. 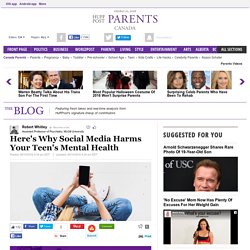 This has become especially intense among adolescents and young adults. A recent Ontario study indicates that 80 per cent of young people use social media on a daily basis, with almost 50 per cent using it for over two hours per day. What is the impact of social media usage on the mental health of young people? This is a pressing question for psychiatric researchers, who have conducted rigorous studies on the topic. Technology Making an Impact on Mental Health - Workforce Magazine.

Suicide kills six men a day. Here are three strategies that can help stop it. Eight people kill themselves every day in Australia, six of them men, and the latest figures released by the Australian Bureau of Statistics on Wednesday revealed that male suicides have increased by 41% in the past decade, from 1,624 deaths a year in 2006 to 2,292 suicides in 2015. 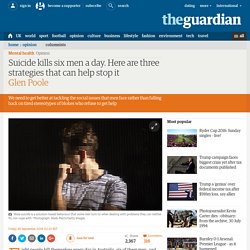 Male suicide costs the economy an estimated $13.75bn a year. If we closed the gender suicide gap and reduced the male level to the same level as females, we could save the lives of more than 1,500 Australian men a year and save the economy an annual $9.3bn. With stakes this high, why are we consistently failing to stop men killing themselves? The American suicidologist David Lester says all the main strategies used to prevent suicide are more effective at helping suicidal women. With two women a day dying by suicide, it’s vital we continue to develop our capacity to prevent female suicide, but when three-quarters of Australians who kill themselves are men, we can and must do more to stop male suicide.

The most interesting thing about the latest figures on mental health is what the NHS chose to leave out. This week saw NHS Digital release the Survey of Mental Health and Wellbeing. 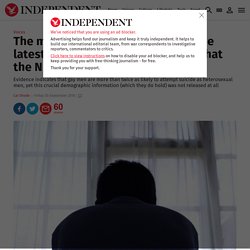 It’s an opportunity to gain new insights and build an evidence base to ensure that those most at risk get the focussed attention they deserve and need. The survey is supposed to be a kind of ‘state of the nation’ in terms of mental health, but the launch of this authoritative national survey tells us more about the hierarchy of importance assigned to different groups, than the reality of mental health for millions in today’s diverse society. On one hand, the report lays bare the stark challenge we face. Mental illness soars among young women in England – survey. Sexual violence, childhood trauma and pressures from social media are being blamed for dramatic increases in the number of young women self-harming and having post-traumatic stress disorder or a chronic mental illness. 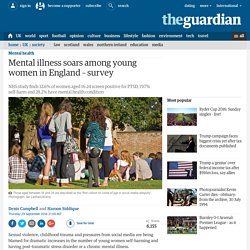 An inquiry into the state of mental health in England found alarming evidence that more women aged from 16 to 24 are experiencing mental health problems than ever before. “Young women have become a key high risk group,” it concluded. Psychological distress is now so common that one in four in that age group have harmed themselves at some point, according to the government-funded Adult Psychiatric Morbidity survey. Young women at 'highest mental health risk' Cash booster for mental health anti-discrimination campaign. By Press Association Published: 15:11 GMT, 2 October 2016 | Updated: 15:11 GMT, 2 October 2016 A campaign to tackle the stigma around mental health has been given a £20 million boost. 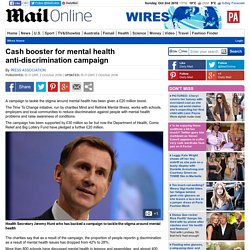 The Time To Change initiative, run by charities Mind and Rethink Mental Illness, works with schools, employers and local communities to reduce discrimination against people with mental health problems and raise awareness of conditions. The campaign has been supported by £30 million so far but now the Department of Health, Comic Relief and Big Lottery Fund have pledged a further £20 million. Young women 'highest mental health risk' as 'selfie' culture heaps pressure. More than third of teenage girls in England suffer depression and anxiety. Depression and anxiety have risen among teenage girls in England, with more than a third reporting symptoms of distress, although the rates are stable among teenage boys, according to a major survey of 14-year-olds carried out for the Department for Education. 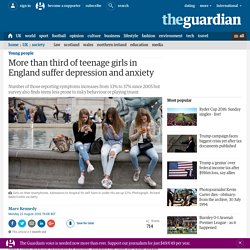 Among the girls, 37% reported feeling unhappy, worthless or unable to concentrate, more than twice the percentage of boys reporting such feelings, a rise since a study in 2005, which was described by the researchers as “an important and significant trend”. The figure for the girls had risen by nearly four percentage points since 2005, while the figure for boys, 15%, had fallen slightly.