Toyota's FCV Plus concept doubles as a generator to power your home. Hydrogen fuel-cell vehicles work like small generators -- the car's onboard fuel cell converts compressed hydrogen gas into electricity, and the only byproduct is water. 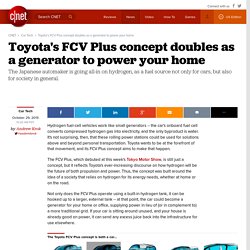 It's not surprising, then, that these rolling power stations could be used for solutions above and beyond personal transportation. Toyota wants to be at the forefront of that movement, and its FCV Plus concept aims to make that happen. Morocco is building the biggest solar farm in all of Africa. Morocco's 160 MW concentrated solar farm, Noor 1, was only the start. 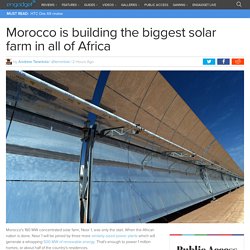 When the African nation is done, Noor 1 will be joined by three more similarly-sized power plants which will generate a whopping 500 MW of renewable energy. That's enough to power 1 million homes, or about half of the country's residences. The $9 billion Noor project is located outside the city of Ouarzazate on a stretch of land roughly the same size as Rabat, Morocco's capital city.

"We are not an oil producer. Q&A with Solar Roadways founder, Scott Brusaw. You may have heard the buzz around Solar Roadways, a green tech company offering a solution to the increasing energy crisis through solar power. 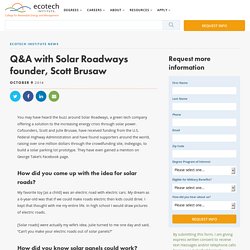 Cofounders, Scott and Julie Brusaw, have received funding from the U.S. Federal Highway Administration and have found supporters around the world, raising over one million dollars through the crowdfunding site, Indiegogo, to build a solar parking lot prototype. They have even gained a mention on George Takei’s Facebook page. How did you come up with the idea for solar roads? My favorite toy [as a child] was an electric road with electric cars. Clay Roof Integrated Solé Power Tile. We've seen building integrated solar by separate companies for use with both asphalt shingles and standing seam roofing. 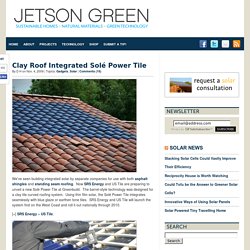 Now SRS Energy and US Tile are preparing to unveil a new Solé Power Tile at Greenbuild. The barrel-style technology was designed for a clay tile curved roofing system. Using thin film solar, the Solé Power Tile integrates seamlessly with blue glaze or earthen tone tiles. SRS Energy and US Tile will launch the system first on the West Coast and roll it out nationally through 2010. [+] SRS Energy + US Tile. Photo credits: US Tile. EnviroMission Limited. Solar Chimneys Can Convert Hot Air to Energy, But Is Funding a Mirage? Thomas K. 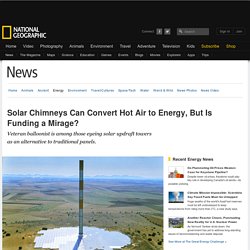 Grose in London. IPCC - Intergovernmental Panel on Climate Change. On a tropical island, fossils reveal past. The balmy islands of Seychelles couldn't feel farther from Antarctica, but their fossil corals could reveal much about the fate of polar ice sheets. 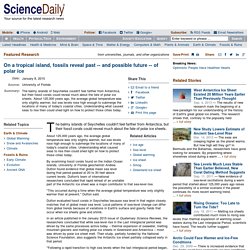 About 125,000 years ago, the average global temperature was only slightly warmer, but sea levels rose high enough to submerge the locations of many of today's coastal cities. Understanding what caused seas to rise then could shed light on how to protect those cities today. By examining fossil corals found on the Indian Ocean islands, University of Florida geochemist Andrea Dutton found evidence that global mean sea level during that period peaked at 20 to 30 feet above current levels. Dutton's team of international researchers concluded that rapid retreat of an unstable part of the Antarctic ice sheet was a major contributor to that sea-level rise. 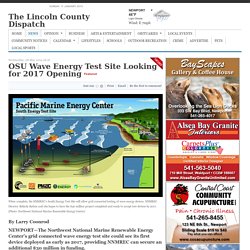 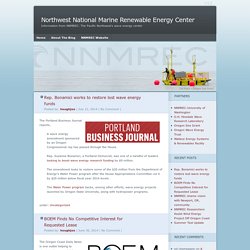 The Pacific Marine Energy Center, or PMEC, will test energy generation potential and environmental impacts of wave energy devices, at an ocean site about five miles from shore. Subsea cables will transmit energy from the wave energy devices to the local power grid, and data to scientists and engineers at on-shore facilities. The first installment of funding for PMEC was received in September, 2012, consisting of $4 million from the U.S. Department of Energy, along with a non-federal cost match. “PMEC represents a major step toward the development of energy from Oregon’s ocean waters,” said Jason Busch of the Oregon Wave Energy Trust. 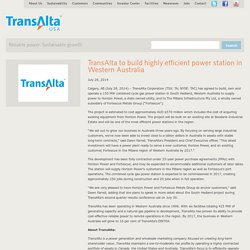 The project is estimated to cost approximately AUD $570 million which includes the cost of acquiring existing equipment from Horizon Power. The project will be built on an existing site at Boodarie Industrial Estate and will be one of the most efficient power stations in the region. “We set out to grow our business in Australia three years ago.