Why Am I Not Healed? What May Be Hindering Your Recovery from Lyme Disease and What You Can Do About It. Lyme disease is, unquestionably, one of the most challenging and complicated diseases to treat. 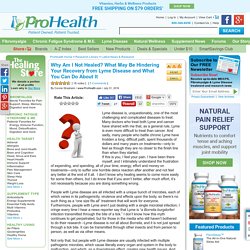 Many doctors who treat both Lyme and cancer have shared with me that, as a general rule, Lyme is even more difficult to treat than cancer. And sadly, many people who battle chronic Lyme have trodden a long, difficult path, spent thousands of dollars and many years on treatments—only to feel as though they are no closer to the finish line than when they started. If this is you, I feel your pain. I have been there myself, and I intimately understand the frustration of expending, and spending, all of your time, energy, effort and money on treatments—only to suffer one horrible detox reaction after another and not feel any better at the end of it all. I don’t know why healing seems to come more easily for some than others, but I do know that if you aren’t better, after much effort, it’s not necessarily because you are doing something wrong. Mold Avoidance Linked to CFS Reversal in Medical Literature - Paradigm Change.

A case study of a man with severe chronic fatigue syndrome (CFS) having his symptoms significantly reversed as a result of mold avoidance and other treatments is now in the Pub Med database (and may be read for free). 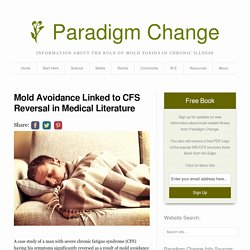 The paper is titled, “Reversal of Refractory Ulcerative Colitis and Severe Chronic Fatigue Syndrome Symptoms Arising from Immune Disturbance in an HLA-DR/DQ Genetically Susceptible Individual with Multiple Biotoxin Exposures.” It was published in the May 11, 2016, issue of The American Journal of Case Reports (17: 320-325). The authors were Shelly R. Chronic Illness Survey - 2016 - Paradigm Change. The Chronic Illness Survey is a research project designed to gather information about those who suffer from chronic multisymptom illness, such as ME/CFS, fibromyalgia, toxic mold illness, chronic Lyme, CIRS, MCS, POTS, MS, autism and other similar diseases. 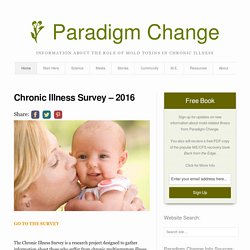 A main goal is to look at reproductive issues that people with this sort of illness have faced, with regard to fertility as well as the health of any children that that they have had. The survey also includes questions on risk factors for acquiring the illness as well as other topics. How Do I Take The Survey? The survey is available online through Survey Gizmo at the following address: Am I Qualified To Participate? Anyone with any kind of chronic multisymptom illness and who is age 18 or over is welcome to participate.

When Is The Deadline For Responses? Our current plan is to collect all responses by July 30, 2016. Who is the Sponsor? The co-researcher is Lisa Petrison, Ph.D., the executive director of Paradigm Change. CrowdMed, Online Medical Diagnosis, Differential Diagnosis. 2013 1. BetterHealthGuy.com - A Site Dedicated to Lyme Disease and Mold Illness - Mold and Mycotoxins: Often Overlooked Factors in Chronic Lyme Disease. 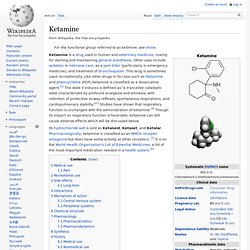 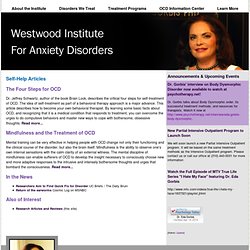 Jeffrey Schwartz, author of the book Brain Lock, describes the critical four steps for self-treatment of OCD. The idea of self-treatment as part of a behavioral therapy approach is a major advance. This article describes how to become your own behavioral therapist. By learning some basic facts about OCD, and recognizing that it is a medical condition that responds to treatment, you can overcome the urges to do compulsive behaviors and master new ways to cope with bothersome, obsessive thoughts. Mindfulness and the Treatment of OCD Mental training can be very effective in helping people with OCD change not only their functioning and the clinical course of the disorder, but also the brain itself. In the News Also of Interest Research Articles and Reviews (this site) Announcements & Upcoming Events Dr. Dr. New Partial Intensive Outpatient Program to Launch Soon We will soon launch a new Partial Intensive Outpatient program.

Dopamine, its aftermath, constructive ways of dealing with addic