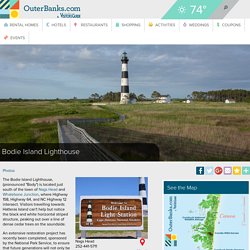 Visitors travelling towards Hatteras Island can't help but notice the black and white horizontal striped structure, peaking out over a line of dense cedar trees on the soundside. An extensive restoration project has recently been completed, sponsored by the National Park Service, to ensure that future generations will not only be able to visit the Bodie Island Lighthouse, but also continue to climb the 214 steps to the top. The 156' ft. lighthouse still shines a beam 19 miles offshore, making full rotations at 27.5 seconds. History of the Bodie Island Lighthouse In 1837, an expedition commissioned by the US government and led by Lieutenant Napoleon L. After a series of delays, construction finally began on a 54' ft. lighthouse in 1847, but major structural problems soon followed. The Story of the Old Baldy Lighthouse. Old Baldy is the oldest standing lighthouse in North Carolina. 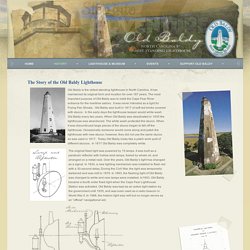 It has maintained its original form and location for over 187 years. The most important purpose of Old Baldy was to mark the Cape Fear River entrance for the maritime sailors. It was never intended as a light for Frying Pan Shoals. Road Trip: North Carolina’s Outer Banks. Stand on the metal walkway that encircles the lantern room of the Cape Hatteras Light, some 165 feet (50 meters) above ground, and you'll sense that this towering sentry, which has been saving lives since 1870, is still vital to today's passing mariners. 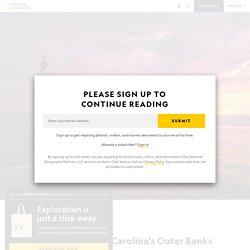 Looking east, you watch the relentless swells of the Atlantic Ocean paw away at the beach, continuously redrawing the contours of this coast. Panning south, you see Cape Hatteras National Seashore sweeping out toward Cape Hatteras Point, which knifes into the ocean like a giant arrowhead. Even on a calm day you can make out the froth of the treacherous waters just beyond Diamond Shoals, where the northern Labrador Current clashes theatrically with the Gulf Stream. 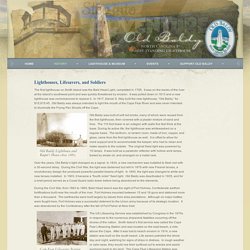 It was on the banks of the river at the island’s southwest point and was quickly threatened by erosion. It was pulled down in 1813 and a new lighthouse was commissioned to replace it. Currituck Beach Lighthouse. Coastal Lighthouses. Seven coastal lighthouses dot our shoreline. 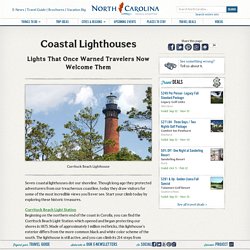 Though long ago they protected adventurers from our treacherous coastline, today they draw visitors for some of the most incredible views you’ll ever see. Start your climb today by exploring these historic treasures. Currituck Beach Light Station Beginning on the northern end of the coast in Corolla, you can find the Currituck Beach Light Station which opened and began protecting our shores in 1875. Made of approximately 1 million red bricks, this lighthouse’s exterior differs from the more common black and white color scheme of the south. 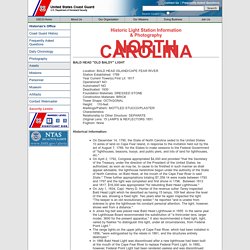 NO Automated? NO Deactivated: 1930 Foundation Materials: DRESSED STONE Construction Materials: BRICK Tower Shape: OCTAGONAL Height: 110-feet Markings/Pattern: MOTTLED STUCCO/PLASTER Characteristics: Relationship to Other Structure: SEPARATE Original Lens: 15 LAMPS & REFLECTORS 1851 Foghorn: None Historical Information: On December 14, 1790, the State of North Carolina ceded to the United States 10 acres of land on Cape Fear Island, in response to the invitation held out by the act of August 7, 1789, for the States to make cessions to the Federal Government of "lighthouses, beacons, buoys, and public piers, and lots of land for lighthouses, etc. 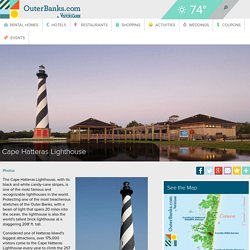 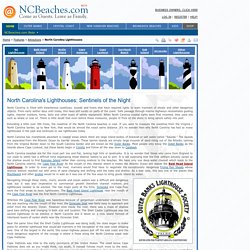 Produced by UNC-TV in partnership with Our State magazine, with generous support from BB&T. 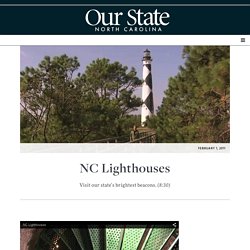