Helen%20Fielding%20 %20Bridget%20Jones's%20Diary. LELE: textes pour le dossier The I of the Writer and the Writer's Eye - English In BDP - Your teacher's blog. Boy (book) Harald Dahl had two children by his first wife, Marie, who died shortly after the birth of their second child. 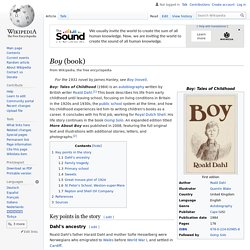 He then married Sofie Magdalene Hesselberg, Roald's mother. Harald was considerably older than Sofie; he was born in 1863 and she was born in 1885. By the time Roald Dahl was born in 1916, his father was 53 years old.Roald Dahl's father Harald Dahl and mother Sofie Hesselberg were Norwegians who lived in Cardiff, Wales. Harald and his brother Oscar split up and went their separate ways, Oscar going to La Rochelle. Harald had lost an arm from complications after fracturing it: a doctor was summoned, but was drunk on arrival and mistook the injury for a dislocated shoulder. Roald's older sister Astri died of appendicitis in 1920 at the age of seven. Roald started at the Elmtree House Primary School when he was six years old.

From the age of seven, Roald attended Llandaff Cathedral School in Cardiff. At the age of 13, in 1929, Roald moved to Repton School in Derbyshire. LMA – LELE THE EYE AND THE I – Autobiography & Childhood memories. Texts extracts: An Angel at my Table, by Janet Frame 1982.Moab is my washpot, by Stephen Fry, 1997.The autobiography of W. 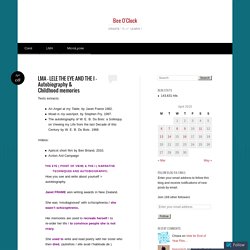 E. B. Du Bois: a Soliloquy on Viewing my Life from the last Decade of this Century by W. E. Videos: Apricot short film by Ben Briand, 2010.Action AId Campaign THE EYE ( point of view) & THE I ( narrative techniques and autobiography) How you see and write about yourself > autobiography. Janet FRAME won writing awards in New Zealand. She was ‘misdiagnosed’ with schizophrenia / she wasn’t schizophrenic. Her memories are used to recreate herself / to re-order her life / to convince people she is not crazy.

She used to write and read poetry with her sister who then died. She uses clichés of romantic poetry: her sister dies (her cat too!) In this extract she tells about her childhood memories and how it is difficult for her to reorganize her teenager’s memories. She explains how she became a writer at a very young age / she was predestined to be a writer. Holding On to the Air by Suzanne Farrell. Louise Brooks by Barry Paris. Lulu in Hollywood by Louise Brooks. Clara Bow: Runnin' Wild by David Stenn. Popular Memoir Autobiography Diary Books. Diary. Today the term is generally employed for personal diaries, normally intended to remain private or to have a limited circulation amongst friends or relatives. 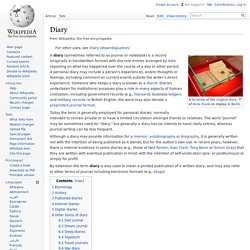 The word "journal" may be sometimes used for "diary," but generally a diary has (or intends to have) daily entries, whereas journal-writing can be less frequent. Although a diary may provide information for a memoir, autobiography or biography, it is generally written not with the intention of being published as it stands, but for the author's own use. In recent years, however, there is internal evidence in some diaries (e.g., those of Ned Rorem, Alan Clark, Tony Benn or Simon Gray) that they are written with eventual publication in mind, with the intention of self-vindication (pre- or posthumous) or simply for profit. 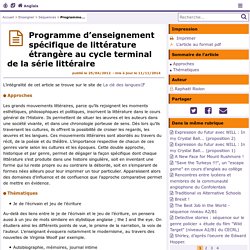