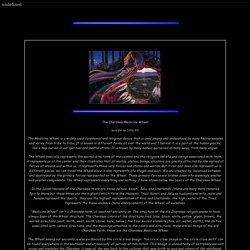 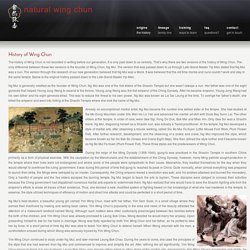 It is only past down to us verbally. That’s why there are two versions of the history of Wing Chun. The only difference between these two versions is the founder of Wing Chun, Ng Mui. The version that was passed down to us through Late Grand Master Yip Man stated that Ng Mui was a nun. Who Will Control The World’s Water: Governments Or Corporations? Water is perhaps the world’s most important resource, and one of the most common resources. 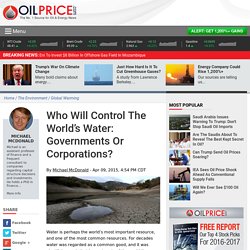 For decades water was regarded as a common good, and it was plentiful enough that in most parts of the world there was little money to be made off of it. Now as the world’s population continues to grow, all of that is changing. Late in March, Tetra Tech was awarded a $1B five year contract to help support the US Agency of International Development (USAID) and its water development strategies. Corporate Control of Water. Water Barons. Harvesting Libya's hidden water with Holland's help. 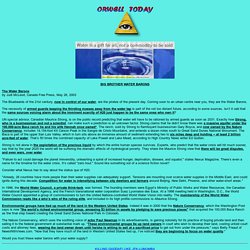 Tripoli Post, Sep 3, 2011 watch ORWELL TODAY LIBYA WATER VIDEO. Walking On The Rainbows: 09/01/2013 - 10/01/2013. Thelema: The Law of the Aeon of Horus - Sekhet-Maat Lodge. In each Aeon a Great Teacher emerges to enunciate a word, formulating the Universal Law — the force that drives history, consciousness, and life itself. 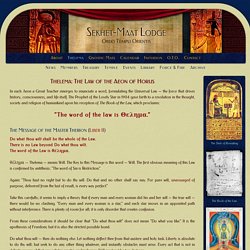 The Prophet of the Lovely Star in 1904 gave birth to a revolution in the thought, society and religion of humankind upon his reception of The Book of the Law, which proclaims: “The word of the law is Θελημα.” Do what thou wilt shall be the whole of the Law. There is no Law beyond Do what thou wilt. The word of the Law is θέλημα. It's All In The Egg: Maat and Masonry. Hermetic Kabbalah: Don Karr's Kabbalah of Maat. Articles by Don Karr Approaching the Kabbalah of Maat: Altered Trees and the Procession of the Aeons by Don Karr (PDF) Methods of Maat: Sources for the Kabbalah of a Future Aeon by Don Karr (PDF) Writings of 416 Primary Tree Attributions by 416 (PDF) The Concealed Dynamics by 416 (PDF) 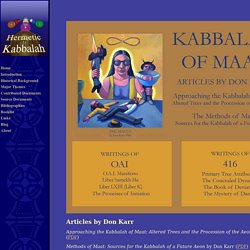 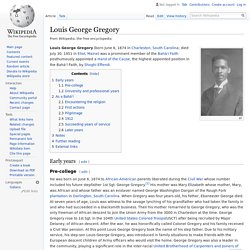 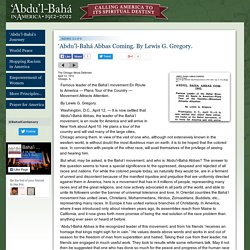 By Lewis G. Gregory. Washington, D.C., April 12. — It is now settled that ‘Abdu’l-Bahá Abbas, the leader of the Bahá’í movement, is en route for America and will arrive in New York about April 10. He plans a tour of the country and will visit many of the large cities, Chicago among them. Storm Wolf Words. Prophecies of a New Beginning They’re poisoning our waters with uranium, oil, and gas Concrete cities and refineries cover what was once trees and grass Earthquakes are increasing with every hole they drill Sucking the lifeblood from Gaia, when will they get their fill? 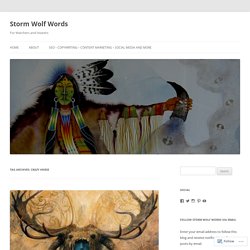 Sun Bear said one day they’d be brought to their knees when Mother Earth shakes like a dog ridding itself of fleas The Hopi are saying the purification time is now at hand soon the dark ones in control will be expelled from our lands Aho – Ahay – When will it end? Aho – Ahay – When will it end? Crazy Horse said He saw a time off seven generations when the Rainbow Warriors would rise up from many colors and nations So rise Rainbow Warriors from every race and creed Mother Earth is calling You to help in Her time of need Aho – Ahay – This is how it ends Aho – Ahay – This is how it ends. Thoughts of a Taoist Babe. Ngải is a poisonous family of perennial flowering plants, growing from creeping rhizomes or, in drier climates, from bulbs. 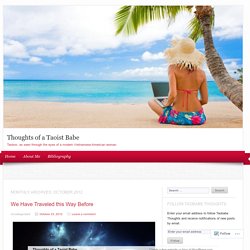 They have long, erect flowering stems which may be simple or branched, solid or hollow, and flattened or have a circular cross-section. The rhizomatous species usually have 3–10 basal sword-shaped leaves growing in dense clumps. The bulbous species have cylindrical, basal leaves. How Yemen’s Past is Being Erased, One Air Strike at a Time. Milan Kundera’s quote is astutely accurate. The methodical destruction of the cradles of civilization is underway, and behind it at every segment you find Jews to be instrumental, as abettors, fomenting racial and religious hatred, sectarianism, depravation and destruction of physical heritage.

And so, given Milan Kundera’s sympathy for “israel”, his quote is not something he decries, but a strategy he obviously supports. He is after all the proud recipient of the israelites’ “Jerusalem Prize”. In May 2013 the “Ben Gourion University of Negev” paraded a pompous “international workshop on the Jewish contribution to the European integration project” (if that does not send a jolt of horror and fear in the spine of our European friends, then nothing will) Keynote speaker at this “workshop was one Sharon Pardo, an ultra-zionist apologist of jewish crimes, and an operative of the stealth jewish Coups d’Etat” that have captured Europe’s power apparatus, How Yemen’s Past is Being Erased, One Air Strike at a Time. Milan Kundera’s quote is astutely accurate. The methodical destruction of the cradles of civilization is underway, and behind it at every segment you find Jews to be instrumental, as abettors, fomenting racial and religious hatred, sectarianism, depravation and destruction of physical heritage.

And so, given Milan Kundera’s sympathy for “israel”, his quote is not something he decries, but a strategy he obviously supports. He is after all the proud recipient of the israelites’ “Jerusalem Prize”. Sovereign United Nations - Rainbow Prophecy of the Races. Children of the Rainbow "When the earth is ravaged and the animals are dying, a new tribe of people shall come unto the earth from many colors, classes, creeds and who by their actions and deeds shall make the earth green again.

They will be known as the warriors of the rainbow. " -- Old Native American Prophecy Eliza Gilkyson - Calling All Angels 5th World of Peace: Rainbow Prophecy. Sovereign United Nations - Rainbow Prophecy of the Races. The Prophecy Of The Rainbow Warriors And Future Of Planet Earth. MessageToEagle.com – We find ancient doomsday prophecies in several sacred books, scripts and legends worldwide.

Some of these prophecies challenge our beliefs and trust in the future. Will the world as we know it end completely? Will humanity cease to exist? Will our race be replaced with a new one? The Native American Rainbow Prophecy offers an intriguing and different view of the future world. ELEnin/Blue Star Kachina. The Hopi name for the Blue Star Kachina is Sirius! Sirius appears blue-white in color. It is the brightest star in our sky after the Sun, and can easily be seen in the winter months in the northern hemisphere.