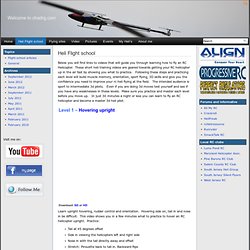 These short heli training videos are geared towards getting your RC helicopter up in the air fast by showing you what to practice. Following these steps and practicing each level will build muscle memory, orientation, sport flying, 3D skills and give you the confidence you need to improve your rc heli flying at the field. The intended audience is sport to intermediate 3d pilots. Even if you are doing 3d moves test yourself and see if you have any weaknesses in these levels. Make sure you practice and master each level before you move up. Level 1 – Hovering upright Download: SD or HD Learn upright hovering, rudder control and orientation. Tail at 45 degrees offsetSide in viewing the helicopters left and right sideNose in with the tail directly away and offsetStretch: Pirouette back to tail in. Level 2 – Hovering inverted Download: SD or HD Level 3 – Flying in circles Download: SD or HD. How To: Performing a Stationary Flip. A stationary flip is one of the basic building blocks of 3D maneuvers. 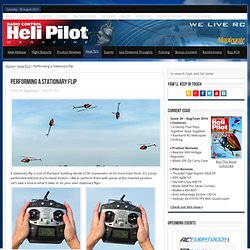 In it’s most basic form, it’s a loop performed without any forward motion. I like to perform them with pause at the inverted position. RC Heli Pilot Magazine. The Building Blocks To Helicopter Aerobatics At its pinnacle, 3D flight is a series of complex maneuvers tied together in a well-choreographed sequence, flown with precision, fast action and moves that seem to defy gravity. 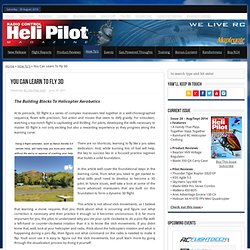 For onlookers, watching a top-notch flight is captivating and thrilling. For pilots, developing the skills necessary to master 3D flight is not only exciting but also a rewarding experience as they progress along the learning curve. There are no shortcuts, learning to fly like a pro takes dedication. And, while burning lots of fuel will help, the key to success lies in a focused practice regimen that builds a solid foundation. In this article well cover the foundational steps in the learning curve, from what you need to get started to what skills youll need to develop to become a 3D pilot. Convert PC power supply for RC use - TJinTech. What I used for this project I used a handful of tools to convert my unit, including a soldering iron, drill, pliers, cutters, multimeter, etc, with no special tools required. 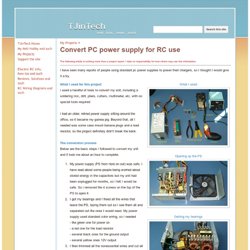 I had an older, retired power supply sitting around the office, so it became my guinea pig. Beyond that, all I needed was some case mount banana plugs and a load resistor, so the project definitely didn't break the bank. The conversion process Below are the basic steps I followed to convert my unit and it took me about an hour to complete. My power supply (PS from here on out) was safe. I have read about some people being worried about stored energy in the capacitors but my unit had been unplugged for months, so I felt I would be safe. 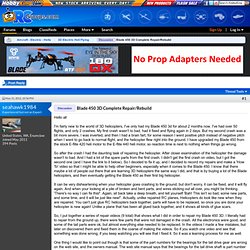 I've had over 50 flights, and only 2 crashes. My first crash wasn't to bad, had it fixed and flying again in 2 days. So after the crash I had the daunting task of repairing the helicopter. It can be very disheartening when your helicopter goes crashing to the ground, but don't worry, it can be fixed, and it will fly again. Blade tracking done the right way. I did my setup with el-cheapo leveling tool from Home Depot. 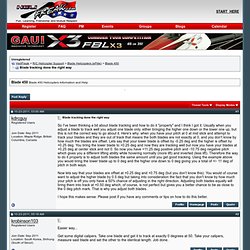 Took the little plastic element out. Pretty good tracking. Maybe not perfect but I've examined the blades in flight on 5 instances now and don't see my marked blade above or below. Just flat line when looking at the blades spinning. I basically set the heli on the desk and leveled it to as close as perfect as possible with leveling tool attached to the boom. Now, for me the blades were a little bit like ">" when looking from the side. I also moved one blade to the front while leaving the other blade pointed back and measured level and the level remained. RC Airplane Controls. Learning the fundamental RC airplane controls is obviously pretty important for beginner pilots. 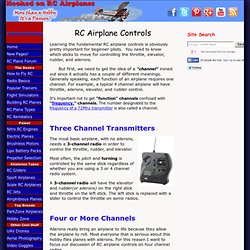 You need to know which sticks to move for controlling the throttle, elevator, rudder, and ailerons. But first, we need to get the idea of a "channel" ironed out since it actually has a couple of different meanings. Generally speaking, each function of an airplane requires one channel. For example, a typical 4 channel airplane will have throttle, ailerons, elevator, and rudder control. It's important not to get "function" channels confused with "frequency. " channels. Three Channel Transmitters The most basic airplane, with no ailerons, needs a 3-channel radio in order to control the throttle, rudder, and elevator. Most often, the pitch and turning is controlled by the same stick regardless of whether you are using a 3 or 4 channel radio system. A 3-channel radio will have the elevator and rudder(or ailerons) on the right stick and throttle on the left stick. Four or More Channels Elevator.