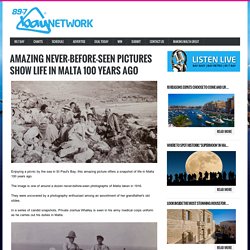 The image is one of around a dozen never-before-seen photographs of Malta taken in 1916. They were uncovered by a photography enthusiast among an assortment of her grandfather's old slides. In a series of candid snapshots, Private Joshua Whalley is seen in his army medical corps uniform as he carries out his duties in Malta. In one he is seen riding on a donkey cart near Bahar-ic-Cahaq, in another he is photographed with his friends on a karozzin. During his time in Malta, Joshua also snapped photos of Msida, Mosta, Notabile railway station near Rabat, Valletta's Royal Opera House as well as farmers working in fields, and the army camps at Pembroke and Ghajn Tuffieha.

Joshua's granddaughter Sally Buck said: 'He lied about his age to get in the army. She added: 'Malta was an island hospital during the First World War, the Nurse of the Mediterranean. SNAPSHOTS OF MALTA: The Courage and Faith Of Mrs Henrietta Chevalier. How A Maltese Woman Risked Everything To Save Lives During World War IIThe tide of World War II started to turn on the 9th of July 1943. 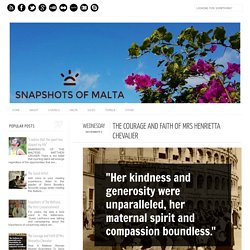 That was the day when Allied forces landed in Sicily to start their invasion of Italy. Planned over the previous seven months Operation Husky saw the quick capture of Licata and Syracuse by seven Allied assault divisions, providing a foothold on the Italian peninsula.Having earlier suffered big losses in North Africa this was a hammer blow for the Italian forces.

Sensing that the war was lost, within a couple of weeks the Fascist Grand Council had deposed Benito Mussolini and began discussions over Italy’s surrender to the Allied forces. Some Italian soldiers didn’t wait that long, deserting their stations upon hearing of Mussolini’s fate.Italy was in a chaos. The German army stepped in to fill the vacuum. For some the dashing of that hope was too much especially with the knowledge of allied forces close by. Incredible colour photos show life in Malta in the Swinging Sixties. These amazing throwback pictures highlight how parts of Malta have changed beyond recognition in the last 50 years. 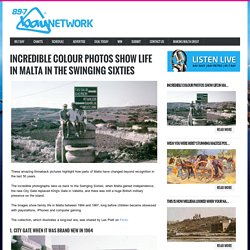 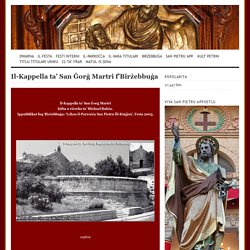