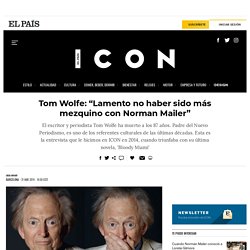 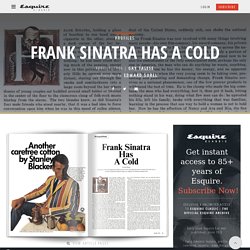 But he said nothing; he had been silent during much of the evening, except now in this private club in Beverly Hills he seemed even more distant, staring out through the smoke and semidarkness into a large room beyond the bar where dozens of young couples sat huddled around small tables or twisted in the center of the floor to the clamorous clang of folk-rock music blaring from the stereo.

The two blondes knew, as did Sinatra’s four male friends who stood nearby, that it was a bad idea to force conversation upon him when he was in this mood of sullen silence, a mood that had hardly been uncommon during this first week of November, a month before his fiftieth birthday. Sinatra with a cold is Picasso without paint, Ferrari without fuel—only worse.

John Huston and “The Red Badge of Courage” Reinhardt said, “I’ll bet I’m the only producer who ever had Albert Einstein as an actor.”

Attention now focussed on him. He said that he had been making an Army film called “Know Your Enemy—Germany,” the beginning of which showed some notable German refugees. “Anthony Veiller, a screen writer who was my major, told me to tell Einstein to comb his hair before we photographed him. Come In, Lassie! Just then, we were approached by Sam Wood, the producer, who was feeling grumpy, according to Merve, because his latest picture, “Ivy,” had cost $2,000,000 to make and was expected to gross only $1,500,000. 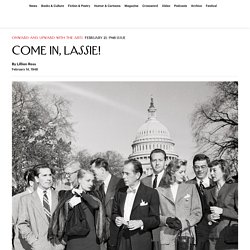 “Glad to see you, Sam,” said Merve. “Listen, Sam, I want you to tell this young lady what you think of the way Congress investigated us here in Hollywood.” “I say Congress ought to make everybody stand up publicly and be counted!” Mr. Wood shouted. The Moods of Ernest Hemingway. “He read book all way up on plane,” Hemingway said. 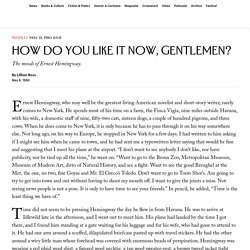 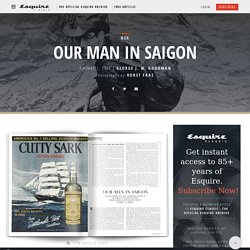 Thus Dorothy Thompson’s star began to rise when Hitler expelled her from Germany, and Ed Murrow’s baritone became familiar as the bombs began to fall on the rooftops of London. The war in Vietnam is a small one, but it is the only one around at the moment, and it has already begun to produce something of a figure: David Halberstam, The New York Times correspondent in Saigon; a process the more remarkable since reporters of the printed word are so overshadowed by the familiar faces that deliver narrations over television film. What has helped bring Halberstam to attention is not just his reporting. It is the way the U.S. press in South Vietnam has become not only an observer, but a factor in the intramural squabbling that has gone along with the war.

Halberstam is twenty-nine. That Halberstam’s copy is watched closely in both Washington and Saigon is sure. 11:15 a.m. The Foamy Fields. I never saw my tentmates clearly, because they were always in the tent by the time I turned in at night, when we were not allowed to have lights on, and they got up a few minutes before I did in the morning, when it was still dark. 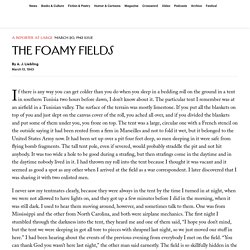 I used to hear them moving around, however, and sometimes talk to them. One was from Mississippi and the other from North Carolina, and both were airplane mechanics. Slouching Towards Bethlehem. Weekly Newsletter The best of The Saturday Evening Post in your inbox! 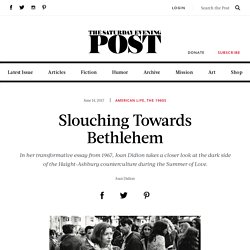 [Editor’s note: Joan Didion’s “Slouching Towards Bethlehem” was first published in the September 23, 1967, edition of the Post. We republish it here as part of our 50th anniversary commemoration of the Summer of Love. Scroll to the bottom to see this story as it appeared in the magazine.] Orwell1984. Despachos de guerra. Madame bovary iii. Madame bovary ii. Madame bovary i. La gente del abismo. A SANGRE FRÍA. Ponche de ácido lisérgico. HIROSHIMA.