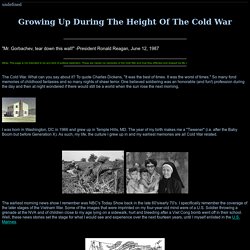 What can you say about it? To quote Charles Dickens, "It was the best of times. It was the worst of times. " John F. Kennedy - Cuban Missile Crisis Address to the Nation. John F. 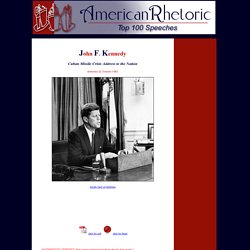 Kennedy Cuban Missile Crisis Address to the Nation. Julius and Ethel Rosenberg. Julius Rosenberg was born on May 12, 1918, in New York. 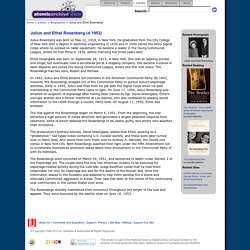 He graduated from the City College of New York with a degree in electrical engineering in 1939 and in 1940 joined the Army Signal Corps where he worked on radar equipment. He became a leader in the Young Communist League, where he met Ethel in 1936, before marrying her three years later. Ethel Greenglass was born on September 28, 1915, in New York. She was an aspiring actress and singer, but eventually took a secretarial job at a shipping company. She became involved in labor disputes and joined the Young Communist League, where she first met Julius.