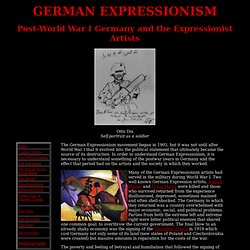 In order to understand German Expressionism, it is necessary to understand something of the postwar years in Germany and the effect that period had on the artists and the society in which they worked. Many of the German Expressionism artists had served in the military during World War I. Two well-known German Expression artists, August Macke and Franz Marc, were killed and those who survived returned from the experience disillusioned, depressed, sometimes maimed and often shell-shocked. The Germany to which they returned was a country overwhelmed with major economic, social, and political problems. Parties from both the extreme left and extreme right were bitter political enemies that shared one common goal; to overthrow the current government. The Memory Play in American Drama. 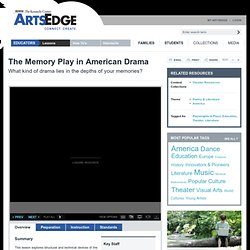 Industrial Electronica Soundscape 2012 Fukushima 0. Blackmoon Theatre Company. "Developing and Teaching a Performance Technique" Expressionistic Realism is an original performance style that provides a stylized, ritualistic expression of reality as we know it. 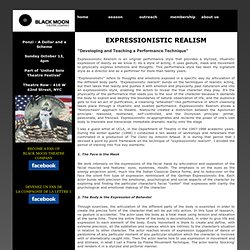 As a style of acting, it uses gesture, mask and movement to physically express emotions and thoughts. German Expressionist Theatre: The Actor and the Stage - David F. Kuhns. Kiki and Pascal - A hilarious show about the journey of an unlikely couple - Contact. The best of British theatre - watch online or download to your desktop. Welcome to Digital Theatre Plus. 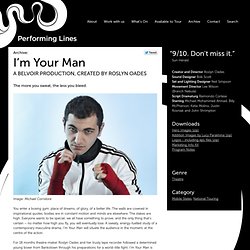 Metropolis Intro 2#1. Metropolis - Freders Dream - Mollock. History of Theatre. Juliabradleydw10 - Unit 3 Playbuilding. In playbuilding we can create a narrative or a collage. In this unit we will focus on collage playbuilding which will culminate in a group performance. A collage is any work put together from assembled fragments. Tableaux. What is it? 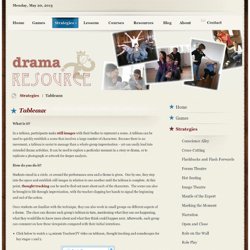 In a tableau, participants make still images with their bodies to represent a scene. A tableau can be used to quickly establish a scene that involves a large number of characters. Because there is no movement, a tableau is easier to manage than a whole-group improvisation – yet can easily lead into extended drama activities. Drama Teacher's Network. Here are some of the ideas I’ve collected over the years to help you sequence a series of practical lessons on Commedia: 1. 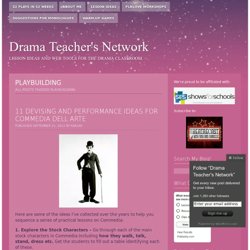 Explore the Stock Characters – Go through each of the main stock characters in Commedia including how they walk, talk, stand, dress etc. Get the students to fill out a table identifying each of these. 2. “The Cold Within” by James Patrick Kinney: Poem. Purpose. Progress. By Susan Hawkins If you can fill the unforgiving minute with sixty seconds’ worth of distance run… 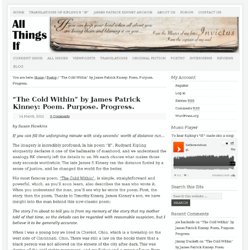 Forgotten Futures Rules - Adding Melodrama. This document is copyright, but you are encouraged to make copies and print-outs as needed. 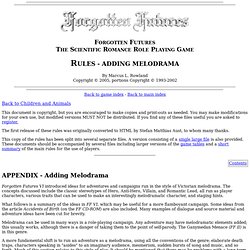 You may make modifications for your own use, but modified versions MUST NOT be distributed. If you find any of these files useful you are asked to register. The first release of these rules was originally converted to HTML by Stefan Matthias Aust, to whom many thanks. This copy of the rules has been split into several separate files. New wave. Intro page. This site is funded from the ACU Strategic Initiative Scheme overseen by Pro Vice Chancellor Professor Gabrielle McMullen. 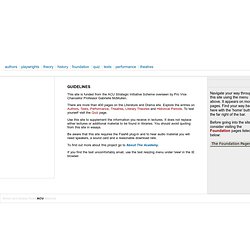 There are more than 400 pages on the Literature and Drama site. Explore the entries on Authors, Texts, Performance, Theatres, Literary Theories and Historical Periods. To test yourself visit the Quiz page. Applied Theatre Portfolio. I think this would be a great way to start a script! 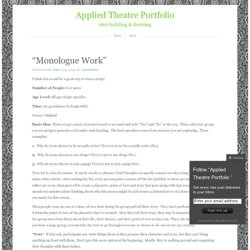 Number of People: 6 or more Age Level: All ages (topic specific) Time: 30-45 minutes (to begin with) Source: Original. Fresh Ink – Performing Monologues. Alone At Last by Luke Mullins There are plenty of challenges a solo monologue presents, and each one will have its individual nuances and requirements. This is compounded by the fact there is no other actor to look to for support, inspiration, energy and help when things get off track. It can also be an incredibly liberating and empowering experience. With nowhere to hide you are forced to come right to the front of yourself as a performer.

Women. Women's monologues (pink is for girls) these will be added to! As always...read the entire script before performing your monologue. Don't be a slacker! When you are ready to print, please highlight, copy, and paste into a document. If you just hit "print" every single monologue will print!!! Resources. Resources. CIRCUIT BENT & 8BIT GLITCH SAMPLES. Introductory Theory. Alienation effect. What is Theatre of the Oppressed? Writing 2.