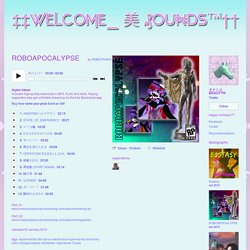 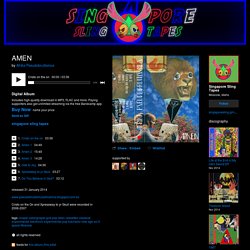 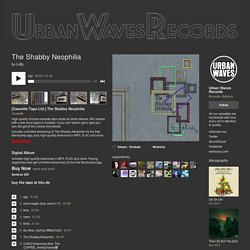 The experimental sound design and unquantized abstract beats are blending perfectly together in Lidly's unique and intricate musical universe. On this album Lidly invited some really nice artists to collaborate. Resulting in one of the best releases by the Japanese producer to date. Filthy Fingers United. Batch. 01. Strobe Light Logic. TiMT. A History Of Every One. SOLSTØV. Sol - Sun / Støv - Dust With their distant, icy ambient music in shades of pale blues and greys, the Norwegian duo Pjusk evoke lonliness, time and landscape with their sound that stretches slowly, carefully and patiently through the air. 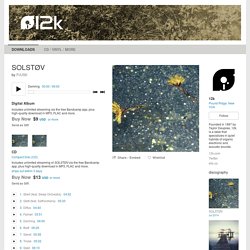 Having previously released two albums on 12k, their debut Sart (12k1042, 2007) and Sval (12k1059, 2010) and a third, Tele (Glacial Movement Records, 2012), Pjusk return with perhaps their boldest and most focused album yet. Solstøv is an album made almost entirely from the sound of the trumpet (performed by Kåre Nymark jr), both natural and processed. Pjusk explored it not only as the delicate acoustic instrument that it is but as a generator of tone and nuanced source material. 12k’s Taylor Deupree was invited to provide sonic manipulations of the trumpet with the sound design system Kyma transforming it into delicately strange passages and tones. 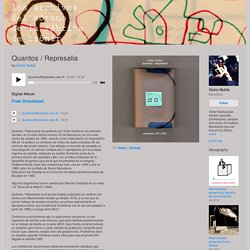 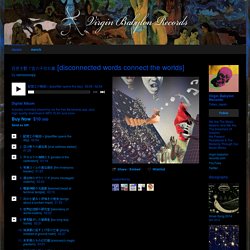 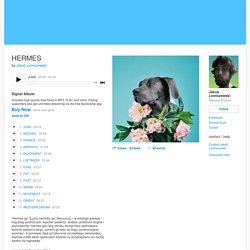 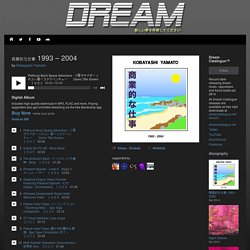 Kobayashi mentioned in his album notes for this release that he was inspired to unveil this lost soundtrack he composed almost fifteen years beforehand after discovering vaporwave through a friend’s son. Chaz Underriner. KHAN'S REQUIEM. AGO (Astronaut Gang) Peacock King. KEATS//COLLECTIVE. Store - Orange Milk Records. All Pricing Includes Shipping For tape and LP bundles, please choose from the drop-down menus below. 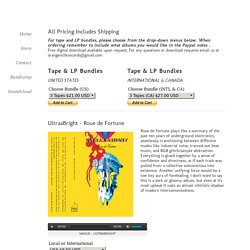 When ordering remember to include what albums you would like in the Paypal notes . Free digital download available upon request. For any questions or download requests email us at orangemilkrecords@gmail.com. Hyprbeats. Decoder Magazine » German Army, “Jivaro Witnesses” Burka For Everybody, June 2014 Does the mere mention of a new German Army release get your engines revving anymore, all hot and bothered? 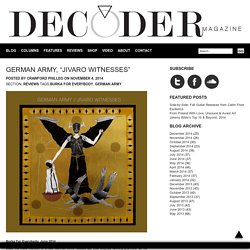 Is it still titillating or tantalizing? Or is the magic somehow… gone? OK, so this review kind of started out as if we’re all in some kind of marriage counseling session with these guys, but look, if you are feeling that way about German Army, I guess I don’t blame you. Seven in this year alone. "Digitalisea" Turin based producer Yari Malaspina aka OOBE follows up last years’ Opal Tapes-released “SFTCR” cassette with a more clearly defined and uniquely digitized approach to ambient electronica. Resting melancholy echoes onto slow rave rhythms, “Digitalisea” is a heavy, histrionic set of slow moves into Stargate-mining planetscapes and gaseous, computerized digi-psych. OOBE is deeply cosmic in all of these ultra synthetic dealings with tropes of both ambient techno and classic 90s euphoria, regenerating fragments of both into his own dense, amorphous blur of textural but rhythmic ambience that comes out somewhere between a processed and pixelated Huerco S. and crisply distorted Sci-Fi version of Actress.

1080p: Tlaotlon - "Ektomists" Release Date: 29 July 2014 Twisted, maximalist and hyper-cerebral electronica from New Zealand (now Melbourne-based) producer Tlaotlon aka Jeremy Coubrough, who has produced a number of distinctly frenetic records in the last few years for Dungeon Taxis, Epic Sweep and Trensmat. After recently replacing the old PC (a rugged dusty chunk of components in an exposed case with no protective panels) on which he built those experiments in noise and dismantled techno, Coubrough explores a new kind of narcotically euphoric virtuality on a new machine, with added synthetic stimulation from a new e-cigarette.

For “Ektomists”, the vapour flavour of choice was Redbull; thick plumes of smoke in front of dual 24” monitors displaying several new processes in the Tlaotlon sound. 1080p. 1080p. Infiniti (インフィニティ Infiniti? , IPA: [inɸinʲiti]) is the luxury vehicle division ofJapanese automaker Nissan Motor Company. Infiniti officially started selling vehicles on November 8, 1989 in North America. The Infiniti brand was introduced in the USA in 1989. Infiniti is Luke Wyatt. Themarketing strategy was to target the premium vehicle segments in the United States that would not have otherwise fit in with Nissan’s more mainstream image, and partially influenced by the Plaza Accord of 1985. The Infiniti marque was launched with two models, the Q45, and the M30. PIXXX4: A COMPILATION BY UNIT STRUCTURE SOUND RECORDINGS FOR WYRD DISTRO. PIXXX is an ongoing compilation series put together by Unit Structure Sound Recordings.

PIXXX4 is our most ambitious project yet as it gathers 38 unique artists from across Canada to celebrate the launch of the WYRD DISTRO a Canadian distribution centre run by the fine people at Weird Canada. Unit Structure Sound Recordings would like to send out a HUGE thanks to all the artists who participated. Plasticity. Decoder Magazine » Baseball Cap – New Surrealism. Wielding only his finger, a patch cord, and an array of effects pedals, Christian Filardo essentially sculpts the sound of his own body’s electromagnetic nature. Live human tissue has both electrical resistance and capacitance, and Filardo – who runs the Holy Page imprint and records shockingly intense noise-scapes as Baseball Cap – uses these properties to his advantage, coaxing misty clouds of static and feedback from his unassuming fingertip. On Organization. 鬼婆 (Onibaba) / Nick Millevoi. Decoder Magazine » Homebody – S/T EP. Given the punchy percussion, jangly rhythms and glum melodies, you might have guessed Homebody was an unknown castaway from the island of C86.