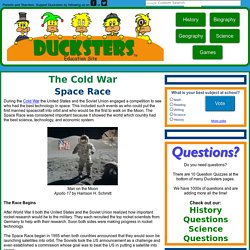 This included such events as who could put the first manned spacecraft into orbit and who would be the first to walk on the Moon. The Space Race was considered important because it showed the world which country had the best science, technology, and economic system. QUIZ Key topic 2.