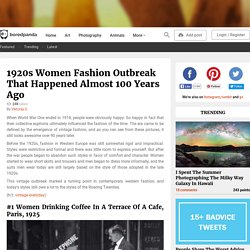 So happy in fact that their collective euphoria ultimately influenced the fashion of the time. The era came to be defined by the emergence of vintage fashion, and as you can see from these pictures, it still looks awesome over 90 years later. Show Full Text. German director. Early life and German films Lang’s father was a Baumeister (designer-contractor) and, as such, did not quite enjoy the status of an architect, which Lang later claimed was his father’s occupation. 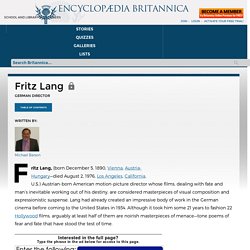 His mother, who may well have converted from Judaism to Roman Catholicism in response to growing anti-Semitism in Austria, raised her children in the Roman Catholic faith. Art and Culture in the Golden Years of Weimar Republic by Erika Latvaitytė on Prezi. Weimar Culture and emergence of The Bauhaus. The Weimar Republic, emerging during the German democratic republic lasted from 1919 to 1933. 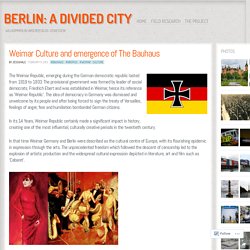 The provisional government was formed by leader of social democrats, Friedrich Ebert and was established in Weimar, hence its reference as ‘Weimar Republic’. The idea of democracy in Germany was dismissed and unwelcome by its people and after being forced to sign the treaty of Versailles, feelings of anger, fear and humiliation bombarded German citizens. In its 14 Years, Weimar Republic certainly made a significant impact in history, creating one of the most influential, culturally creative periods in the twentieth century.

In that time Weimar Germany and Berlin were described as the cultural centre of Europe, with its flourishing epidemic in expression through the arts. The unprecedented freedom which followed the descent of censorship led to the explosion of artistic production and the widespread cultural expression depicted in literature, art and film such as ‘Cabaret’. Primary Sources: Weimar Culture. Weimar Cabarets were of two types: There were larger halls or theaters where crowds of all ages and classes came together to witness variety shows which consisted of singers, dancers, acrobats, and comedians. 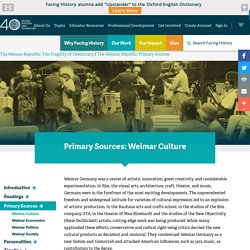 Then there were smaller clubs where the audience was largely middle and upper class, younger and middle aged adults, and where the songs were political and social satire. The freer atmosphere of Weimar was demonstrated in these small clubs by intense criticism of government officials and political party leaders and the airing of previously taboo themes of gender conflict, clergy corruption and homosexuality. Some of Weimar's best known composers, lyricists and performers such as Friedrich Hollaender, Trudi Hesterberg, Kurt Tucholsky, Rudolf Nelson, Kurt Gerron and Bertold Brecht wrote music for--and peformed in--these Cabarets. GCSE Bitesize - How did the Weimar Republic survive?