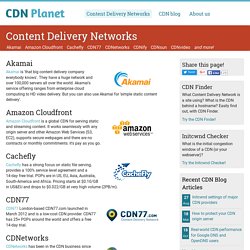 They have a huge network and over 100,000 servers all over the world. Akamai's service offering ranges from enterprise cloud computing to HD video delivery. But you can also use Akamai for 'simple static content delivery'. Amazon Cloudfront Amazon Cloudfront is a global CDN for serving static and streaming content. Cachefly Cachefly has a strong focus on static file serving, provides a 100% service level agreement and a 14-day free trial. CDN77 London-based CDN77.com launched in March 2012 and is a low-cost CDN provider. CDNetworks CDNetworks has been in the CDN business since 2000 and has POPs in 6 continents, including an impressive 21 POPs in China. 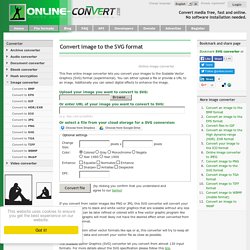 You can either upload a file or provide a URL to an image. Additionally you can select digital effects to enhance the image. If you convert from raster images like PNG or JPG, this SVG converter will convert your shapes and objects to black and white vector graphics that are scalable without any loss in quality. They can be later refined or colored with a free vector graphic program like Inkscape.

If you convert from other vector formats like eps or ai, this converter will try to keep all vector and color data and convert your vector file as close as possible. The Scalable Vector Graphics (SVG) converter let you convert from almost 130 input formats. Fastly - The Next Gen CDN. HTTP/2 is here, let's optimize! - Velocity SC 2015 - Google Slides. Note taking. 2.0 — OAuth. OAuth 2.0 is the industry-standard protocol for authorization. 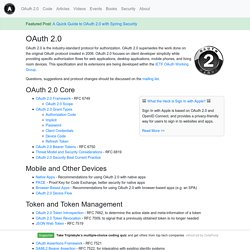 OAuth 2.0 supersedes the work done on the original OAuth protocol created in 2006. OAuth 2.0 focuses on client developer simplicity while providing specific authorization flows for web applications, desktop applications, mobile phones, and living room devices. This specification and its extensions are being developed within the IETF OAuth Working Group. Questions, suggestions and protocol changes should be discussed on the mailing list. What is the best comment in source code you have ever encountered? Plugin Developer Resources. How to build a Twitter "Hello World" web app in Python. The majority of API providers implement a portal where developers can learn about their API and Twitter is no exception; the first stop for any developer wanting to use a Twitter API is the Twitter developer center. 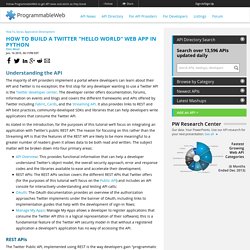 The developer center offers documentation, forums, information on events and blogs and covers the different frameworks and APIs offered by Twitter including Fabric, Cards, and the Streaming API. It also provides links to REST and API best practices, community-developed SDKs and libraries that can help developers write applications that consume the Twitter API. Xdebug - Debugger and Profiler Tool for PHP. Python Redis interaction. PacktLib. Latest Web Development Titles Skill Up | Ready for the Future Skill Up | Server-side Python Skill Up | Taking on the Full Stack Learn the Pillars of JavaScript Bootstrapping into AngularJS Skill Up | All You Need AngularJS. 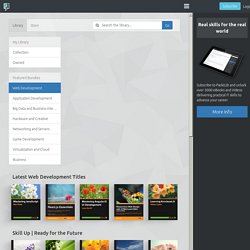 5 Tips for Working with IPv6 in PHP · Mike Mackintosh. IPv4 vs IPv6 With IPv4, it was simple enough to use ip2long and long2ip. 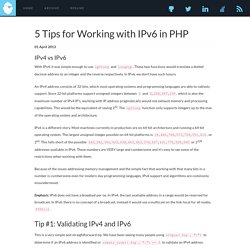 These two functions would translate a dotted decimal address to an integer and the reverse respectively. In IPv6, we don't have such luxury. An IPv4 address consists of 32-bits, which most operating systems and programming languages are able to natively support. Since 32-bit platforms support unsigned integers between 0 and 4,294,967,295, which is also the maximum number of IPv4 IP's, working with IP address pragmatically would not exhaust memory and processing capabilities. IPv6 is a different story. Because of the issues addressing memory management and the simple fact that working with that many bits in a number is cumbersome even for modern day programming languages, IPv6 support and algorithms are commonly misunderstood. Emphasis: IPv6 does not have a broadcast per-se. Tip #1: Validating IPv4 and IPv6 This is a very simple and straightforward tip. While both of them are possible, they are not 100% accurate. Is the Length of an Email Addresses Limited?