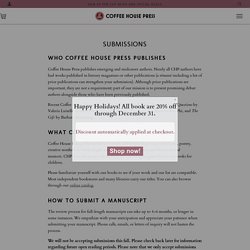 Nearly all CHP authors have had works published in literary magazines or other publications (a résumé including a list of prior publications can strengthen your submission). Although prior publications are important, they are not a requirement; part of our mission is to present promising debut authors alongside those who have been previously published. Recent Coffee House Press titles include Tell Me How It Ends: An Essay in 40 Questions by Valeria Luiselli, Stephen Florida by Gabe Habash, Thousand Star Hotel by Bao Phi, and The Gift by Barbara Browning. 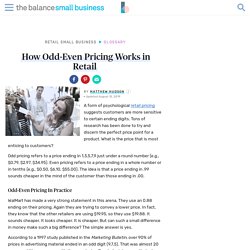 Tons of research has been done to try and discern the perfect price point for a product. What is the price that is most enticing to customers? Odd pricing refers to a price ending in 1,3,5,7,9 just under a round number (e.g., $0.79, $2.97, $34.95). Even pricing refers to a price ending in a whole number or in tenths (e.g., $0.50, $6.10, $55.00). The idea is that a price ending in .99 sounds cheaper in the mind of the customer than those ending in .00. Odd-Even Pricing In Practice WalMart has made a very strong statement in this arena. According to a 1997 study published in the Marketing Bulletin, over 90% of prices in advertising material ended in an odd digit (9,7,5). Economic Shifts. The 2019 Guide to Amazon Fees and Royalties for Kindle eBooks and KDP Print - Publishing services for self publishing authors and businesses. Writers Personal Page Website Template with a Photo Background - MotoCMS. Description Writer's Personal Page Website Template with a Photo Background If you have once become popular, you should keep your fans interested in your work constantly. 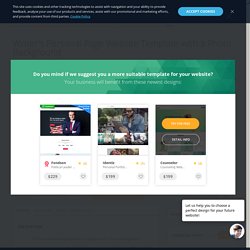 It is a hard but worthy work. Let your readers be informed about your future books and current projects within this writer's personal page website template with a photo background. How to Use Pinterest to Market Your Book. “A picture is worth a thousand words”…especially if those words represent word of mouth. 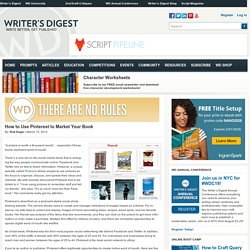 There’s a new kid on the social media block that is changing the way people communicate online. Facebook and Twitter rely on text to share information. However, a unique website called Pinterest allows people to use pictures as the focus to organize, discuss, and spread their ideas and interests. My wife recently discovered Pinterest and is addicted to it. “I love using pictures to remember stuff and tell my friends,” she says.

Pinterest is described as a pinboard-styled social photo sharing website. As of last week, Pinterest was the third most popular social networking site behind Facebook and Twitter. YouTube. Knights Templar secret tunnels ‘leading to Treasure Tower’ discovered in Israel. Secret tunnels built by the Knights Templar to move gold underground to their “treasure tower” have been discovered by archaeologists. 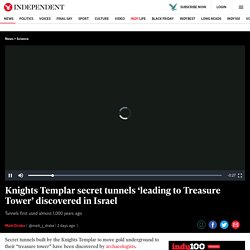 The tunnels were found beneath the ancient coastal city of Acre, Israel, and were used by the knights 800 years ago. As well as the tunnels, the team of archaeologists discovered the remnants of the warriors’ lavish fortress headquarters. We’ll tell you what’s true. You can form your own view. Microsoft Word, like all text-based programs, uses a numeric character code called ASCII (American Standard Code for Information Interchange) for each alphabetic, numeric, and special character on your keyboard. 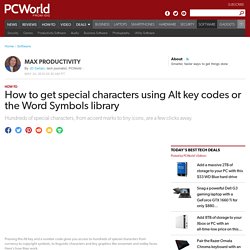 This code is the reason we can use open text files in almost any software program and the reason why some programs' passwords are case-sensitive (e.g., the uppercase ‘A’ is ASCII number 65 and the lowercase ‘ a’ is ASCII code 97). You can insert any or all of these codes/characters (individually) with one easy combination keystroke: the Alt key+ the decimal code on the numeric keypad (note that the numbers across the top of your keyboard do not work)—or you can use the Symbols Library. The Symbols Library is the most common and familiar method for inserting non-keyboard characters into a document. The Selected Adventures and Memoirs of Sherlock Holmes.

Making a video game about your life. By Sean McHenry March 07, 2019 | 11:47 PM My Economy tells the story of the new economic normal through the eyes of people trying to make it, because we know the only numbers that really matter are the ones in your economy. 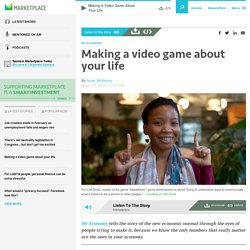 According to a 2017 survey by the International Game Developers Association, women make up just over 20 percent of the workforce in the video game industry and around 30 percent are people of color. How to use draft2digital to format your ebooks and print books. Chip Kidd: Designing books is no laughing matter. OK, it is. How upload your book on Google Books & Google play fast DIY. How To Upload Documents, E-books to Google Play Books for FREE.