Grace Coddington takes over the Harrods window. We've had many fantastic window displays dedicated to Phaidon books over the years but that didn't stop us getting a thrill when we saw the latest - for Grace Coddington's new book, Grace: The American Vogue Years - which was unveiled in the window of Harrods, London, last night. 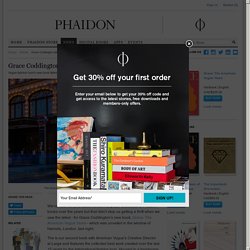 The is our second book with American Vogue's Creative Director at Large and features the collected best work created over the last 15 years by the international fashion icon. Housed in a handsome slipcased edition, it features 17 of the master photographers with whom Coddington has collaborated, including: Steven Meisel, Annie Leibovitz, Craig McDean, David Sims, Mario Testino, and Marcus Piggot and Mert Alas - in a sumptuous compilation of Coddington's coolest fashion stories. The Grace: The American Vogue Years window at Harrods, London If you can't make it down in person, you can jump the queue and buy an unsigned copy here. Sally Singer. Suzanne Koller of French Vogue Publishes a Book of Her Work. Can your nerves stand it? 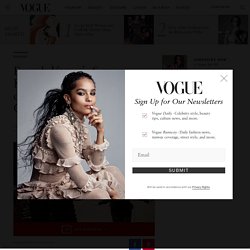 No, nor mine. Those good people at Idea, David Owen and Angela Hill, asked Suzanne Koller, the brilliant Fashion Director of French Vogue and cofounder of Self Service, to publish a book of her work from the past couple of decades. She said yes. It’s called Red Lips, Attitudes, and Other Obsessions and it’s available from September 9.

But—here’s the nerve-racking part—it’s limited to, uh-oh, 500 copies. When David came to you with the idea, what did you think? Did they give you limits on how many images you could select? They have quite a renegade spirit in terms of their approach to publishing. . . . I think both the material they publish and how they publish are really interesting because they kind of create an event around every book they do. Even though they’re not big, heavy books, they never feel throwaway. It’s almost like a zine approach. So you were saying the images are edited for now. . . . The Original 'Voguette' Vogue Paris Team. 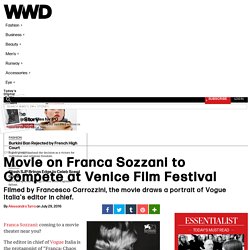 The editor in chief of Vogue Italia is the protagonist of “Franca: Chaos and Creation,” a documentary movie filmed by her son Francesco Carrozzini, who drew a personal, emotional portrait of his mother and her creative work. “Franca: Chaos and Creation” will be one of three Italian movies to compete in the “Cinema in the Garden” category at the upcoming Venice Film Festival, running from Aug. 31 to Sept. 10. The movie, which will be screened on Sept. 2, includes interviews with Karl Lagerfeld, Bruce Weber, Baz Luhrmann and Courtney Love, among others. The other two movies competing in the category are Gabriele Muccino’s “L’Estate Addosso” and “Robinù,” a documentary on Naples’ troubled Scampia neighborhood directed by journalist Michele Santoro. Wallis Simpson by Irving Penn. 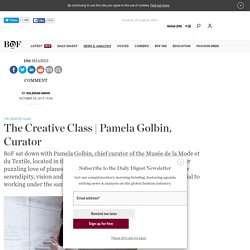 She much prefers to fly. In fact, Golbin loves flying, perhaps a remnant of a childhood spent in airborne commute between Paris, Caracas, Miami and Buenos Aires, the cities in which her Franco-Chilean family resided at various times. “I love, love, flying — the longer the flight, the better. Time is suspended when you are in the air, it’s like a parenthesis, and you can do anything you want.

Plus, I have no problem sleeping on the plane and never get jet-lag, so I am fully operational when I arrive,” Golbin says. Stephanie De Monaco - Ouragan (HQ) Fashion Editor Giovanna Battaglia Brings an Eye for Style to Her Stock Photos. Marigay McKee. The Glamorous Life of Lee Radziwill Photos. Sarah Harris. Camille Miceli in Balenciaga for System Magazine.

How Andrew Bolton of Met Costume Institute Spends His Sundays. Photo If you are Andrew Bolton, the curator in charge of the at the , or the fashion designer Thom Browne, what do you wear on a leisurely Sunday? 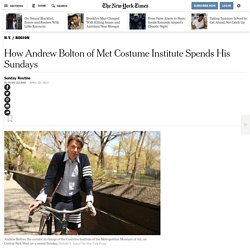 “Thom still gets dressed in his usual uniform,” Mr. Bolton, 49, said the other day, during the final preparations for an exhibition called “Manus x Machina: Fashion in an Age of Technology,” which opens on May 5, after a fund-raising gala on May 2. “I tend to be more casual. I just wear jeans and sneakers and a shirt or sweater. Highlights from Elizabeth Taylor’s Jewelry Auction at Christie’s. AMANDA LEAR LA BAGARRE. Legendary Stylist - Charlotte Stockdale. The Charmed Life of Lauren Santo Domingo. The supremely stylish Lauren Santo Domingo invites Town & Country into her spectacular Saint-German townhouse By Kate Finnigan Lauren wears Marchesa gown, photographed by Sophie Carré and styled by Anna Rosa Vitiello for Town & Country 'I always think there are two types of people in the world. 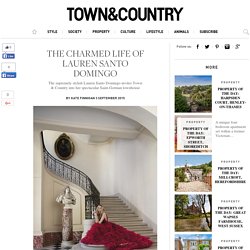