Luxury Brands and Their Collaborations with Music 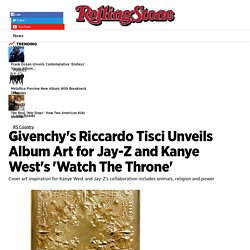 Tisci created the cover for West and Jay-Z's first collaborative outing, "H.A.M," in 2010. With that success behind him, he eagerly agreed to design and direct the artwork for the subsequent Watch The Throne project. "I am honored to have been asked to be part of this incredible music moment with such amazing artists," Tisci says in a statement. "I am impressed by the amount of respect they have for music and art. We share the same way of working: like a family. " Deeming the large-scale rap collaboration as "one of the biggest joint efforts in music history," a representative for the house of Givenchy provided further insight into the process that went into Tisci's imagining and creation of the product. 'Only Love Can Hurt Like This' Live for Burberry Paloma Faith. Alison Moyet performs 'Only You' Live at The Burberry S/S16 Womenswear Show. 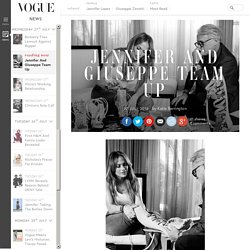 "I've always been inspired by Jennifer and love the way she looks in my shoes," the Italian luxury shoe designer revealed about the partnership. "It was a natural evolution to collaborate together. " For Lopez, who founded her JLO by Jennifer Lopez clothing brand in 2001, the collaboration felt similarly fitting. "I think it goes without saying that, like every other girl, I love a killer pair of shoes," she said. Zanotti promised that the collection - which will include crystal-encrusted open-toe booties, embellished wedge sneakers, strappy gladiators in snakeskin-print leather and two styles of leather handbags and will land in stores in January - will be "like Jennifer -sensual, sophisticated, modern but also playful and edgy. " Florence Welch Is the New Face of Gucci Watches and Jewelry. See more photos of: Read Caption Vogue may earn compensation on these sales through affiliate programs. 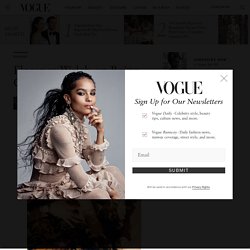 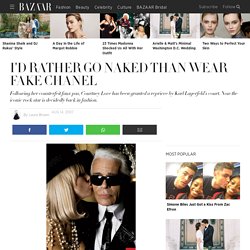 So what were the differences between the knockoff and the real thing? "Oh, my God, massive," Love says, sighing. "First of all, the glovelets. Mr. Lagerfeld had made his out of eagle feathers with black elastic. Love is Lagerfeld's number-one fan. "She reacted in such a nice way [to the clothing]," notes Lagerfeld affectionately. The irony that Love is coming back into fashion — once again — is not lost on her.