20 locations to tour virtually with Google Maps Street View. Take virtual field trips all over the world from the comfort of your classroom. 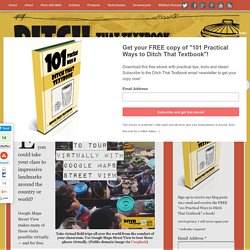 Use Google Maps Street View to tour these places virtually. (Public domain image via Unsplash) Ever wish you could take your class to impressive landmarks around the country or world? Google Maps Street View makes many of those visits possible virtually — and for free. Street View is an immersive panoramic image experience through Google Maps. Accessing Street View is easy: You don’t have to see the world just from the street. Here are 20 of them worth checking out — 10 from the United States and 10 from beyond. Callback. In in the end Belgium (Yellow) ended up winning West Africa, the Gold Coast, Nigeria, and India with a total aquired wealth of 310 pts. 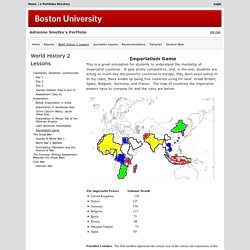 I awarded Spain (Pink) the second place even though Great Britain (Red) had more wealth then them. Great Britain had started with significantly more wealth, but Spain was able to play the game smart and come within only 10 pts of Great Britain. Spain won Korea and important trading territory in China aquiring cities of Hong Kong, Fujian, Shanghai with a total of 220 points. Great Britain aquired afghanistan, East Africa, Madagascar, and Indonesia leaving them with 230 points. Because France and Germany decided to participate in war against Belgium, they lost many resources and much territory. 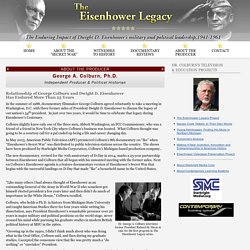 Eisenhower to discuss the legacy of our nation’s 34th president. In just over two years, it would be time to celebrate that legacy during Eisenhower’s Centenary. Colburn slightly knew only one of the three men, Abbott Washington, an FCC Commissioner, who was a friend of a friend in New York City where Colburn’s business was located. What Colburn thought was going to be a courtesy call for a pal ended up being a life and career changing day. In May 2013, American Public Television (APT) premiered Colburn’s 8th documentary on “Ike” when “Eisenhower's Secret War” was distributed to public television stations across the country. Industrial Revolution. The Urban Game Each student should have a large piece of butcher block paper (15x20). 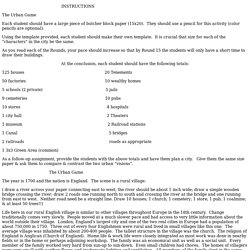 They should use a pencil for this activity (color pencils are optional). Using the template provided, each student should make their own template. It is crucial that size for each of the “characters” in the city be the same. As you read each of the Rounds, your pace should increase so that by Round 15 the students will only have a short time to draw their buildings. At the conclusion, each student should have the following totals: 125 houses 20 Tenements 50 factories 10 wealthy homes 5 schools (2 private) 5 jails 9 cemeteries 10 pubs 10 stores 4 hospitals 1 city hall 2 Theaters 1 museum 2 Railroad stations 1 Canal 5 bridges 2 railroads roads as appropriate 1 3x3 Green Area (common) As a follow-up assignment, provide the students with the above totals and have them plan a city. 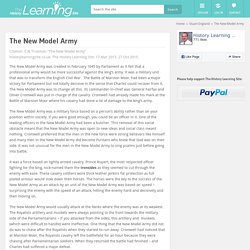 It was a military unit that was to transform the English Civil War. The Battle of Marston Moor, had been a major victory for Parliament but not totally decisive in the sense that Charles could recover from it. The New Model Army was to change all this. Its commander-in-chief was General Fairfax and Oliver Cromwell was put in charge of the cavalry. Cromwell had already made his mark at the Battle of Marston Moor where his cavalry had done a lot of damage to the king’s army. The New Model Army was a military force based on a person’s ability rather than on your position within society. 1. The Colonies: 1690-1715, in GROWTH, Becoming American: The British Atlantic Colonies, 1690-1763, Primary Resources in U.S. History and Literature, Toolbox Library, National Humanities Center. The Colonies: 1690-1715 It does not seem difficult to find out the reasons why the people multiply faster here than in Europe. 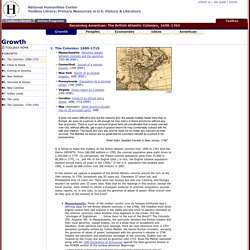 As soon as a person is old enough he may marry in these provinces without any fear of poverty. There is such an amount of good land yet uncultivated that a newly married man can, without difficulty, get a spot of ground where he may comfortably subsist with his wife and children. The taxes are very low, and he need not be under any concern on their account. The liberties he enjoys are so great that he considers himself as a prince in his possessions.Peter Kalm, Swedish traveler in New Jersey, 17481. GeoGuessr - Let's explore the world! Labs: MiddleClick, w2box, World heritage map & more. The World's Creepiest Places.