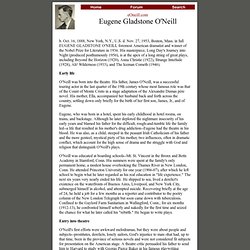 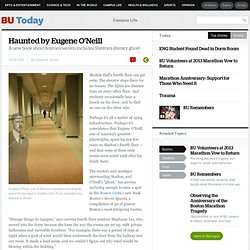 Photo Illustration by Edward A. Brown Shelton Hall’s fourth floor can get eerie. The elevator stops there for no reason. The lights are dimmer than on every other floor. Chelsea Hotel New York City: Boutique hotel near Times Square Union Square Central Park and Greenwich Village ny discount vacations. Huncke's Room Used to Launch Artist Elizabeth Peyton's Career - Living with Legends: Hotel Chelsea Blog. Legends of the Chelsea Hotel: Ghosts at the Chelsea? Haunted New York: Haunted Chelsea Hotel. New York in autumn feels both festive and unsettled: Something about the changing weather makes us curious about the cycle of life and death. 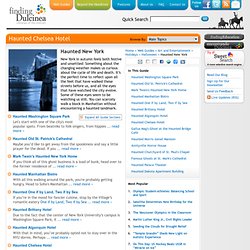 It’s the perfect time to reflect upon all the feet that have walked these streets before us, and all the eyes that have watched the city evolve. Some of these eyes seem to be watching us still. You can scarcely walk a block in Manhattan without encountering a haunted landmark. Frightlore 2010: The Gray Man of The Hotel Chelsea - this is fyf. The Happiest Medium » A Haunting At The Chelsea Hotel. I felt very compelled to share my experience of staying at the notorious Chelsea Hotel last night, as today it is still rattling me to the bone. 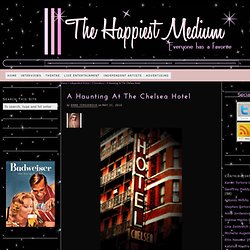 I had a shoot last night, Wednesday, at the hotel in room 501. I found out it was an incredible suite on a floor very famous for housing great artists and legends like Jack Kerouac, Bob Dylan, Frank Zappa, Jimi Hendrix, Sid Vicious, and Dylan Thomas. 5th floor hallway. Ghosts at The Chelsea Hotel. The Chelsea Hotel is regarded as being in the top ten of the most haunted hotels in the world. 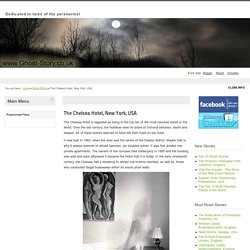 Over the last century, the hotelhas seen its share of immoral behavior, death and despair. All of these events seemed to have left their mark on the hotel. The Chelsea Hotel Haunted History. Living with Legends: Hotel Chelsea Blog: Ghosts. Today we kick off our blog-of-horror week. 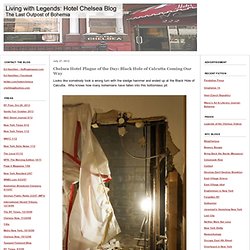 Everyday, leading up to Halloween, we will be running ghost stories set in our favorite spooky, old hotel. So don't miss a single scare! Bridge News - Week of 29 October 1999. Feature Article The Iceman Stayeth By Brian Fitzgerald Eugene O'Neill, arguably America's greatest playwright, has given new meaning to college spirit. 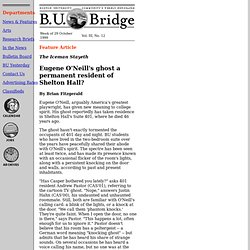 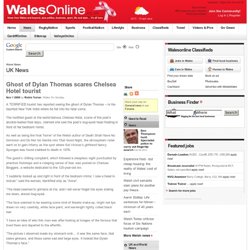 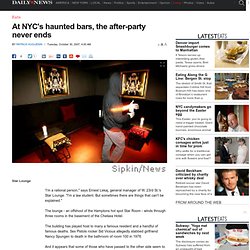 "I'm a law student. Dylan Thomas. Dylan Marlais Thomas (27 October 1914 – 9 November 1953) was a Welsh poet and writer whose works include the poems "Do not go gentle into that good night" and "And death shall have no dominion", the "play for voices", Under Milk Wood, and stories and radio broadcasts such as A Child's Christmas in Wales and Portrait of the Artist as a Young Dog. 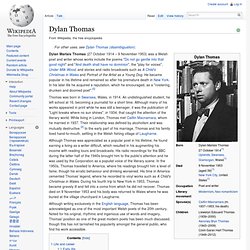 He became popular in his lifetime and remained so after his premature death in New York. In his later life he acquired a reputation, which he encouraged, as a "roistering, drunken and doomed poet".[2] Thomas was born in Swansea, Wales, in 1914. An undistinguished student, he left school at 16, becoming a journalist for a short time. Scary Places: The Hotel Chelsea in New York City - Popular Culture - Families.com. Ever notice how ghosts tend to haunt old dwellings where many tortured souls lived?

Such is the case of the historic Hotel Chelsea in New York City. The Chelsea was built in 1883, when that particular area was the center of the theater district. Maybe that is why it always seemed to attract talented, yet troubled artists. It was first divided into private apartments, and then turned into a hotel, but regardless, it has seen its share of celebrities. (This file is licensed under the Creative Commons Attribution ShareAlike 2.5) Hotel Chelsea. The building has been a designated New York City landmark since 1966,[5] and on the National Register of Historic Places since 1977.[1][6] Description and history[edit] Built between 1883 and 1885 and opened for initial occupation in 1884,[5][7] the twelve-story red-brick building that is now the Hotel Chelsea was one of the city's first private apartment cooperatives.[2] It was designed by Phiip Hubert[8] of the firm of Hubert, Pirsson & Company in a style that has been described variously as Queen Anne Revival and Victorian Gothic.[7] Among its distinctive features are the delicate, flower-ornamented iron balconies on its facade, which were constructed by J.B. and J.M Cornell[5][7] and its grand staircase, which extends upward twelve floors.