Best Scenes of NYC From Elie Hirschfeld's Collection. Elie Hirschfeld’s belief that the Donald should be president. The Pope may be infallible, but that won’t stop developer Elie Hirschfeld – who met with the pontiff in Rome last month – from endorsing Donald Trump as the next president of the United States of America. 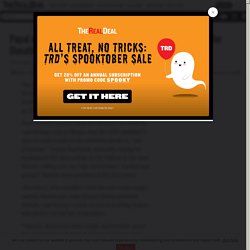 Pope Francis recently drew the Donald’s ire when he said during a trip to Mexico that the GOP candidate’s plan to build a wall on the southern border is “not Christian.” Trump fired back, naturally, saying he envisioned ISIS descending on the Vatican in the near future, adding that the Pope would have “wished and prayed” that he were president if the day comes. Hirschfeld, who considers both the real estate mogul and his Democratic rival Hillary Clinton personal friends, said Trump’s track record of building makes him perfect for the job of president. “Simply, there’s no more rough-and tumble-game than making it in New York City real estate and the Donald is best equipped to make it happen,” Hirschfeld wrote announcing the endorsement. 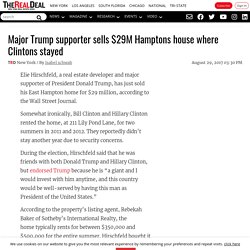 Somewhat ironically, Bill Clinton and Hillary Clinton rented the home, at 211 Lily Pond Lane, for two summers in 2011 and 2012. They reportedly didn’t stay another year due to security concerns. During the election, Hirschfeld said that he was friends with both Donald Trump and Hillary Clinton, but endorsed Trump because he is “a giant and I would invest with him anytime, and this country would be well-served by having this man as President of the United States.” Hirschfeld's property found a buyer for Marquand Investment Penthouse. Elie Hirschfeld sells UES penthouse for $34M Key Points. Elie Hirschfeld and 11 East 68th Street (Credit: Getty Images, Sotheby’s, iStock) Elie Hirschfeld’s Hirschfeld Properties has taken a slight loss on its investment penthouse at The Marquand in Lenox Hill. 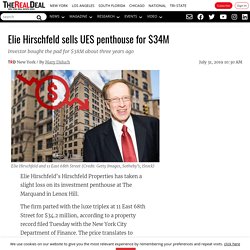 The firm parted with the luxe triplex at 11 East 68th Street for $34.2 million, according to a property record filed Tuesday with the New York City Department of Finance. The price translates to roughly $4,846 per square foot. Hirschfeld did not immediately return a request for comment. Hirschfeld shelled out $37.5 million to pick up the 7,058-square-foot, five-bedroom home in 2016 from Ziel Feldman’s HFZ Capital Group. The condominium was to be an investment property, Hirschfeld’s representatives told The Real Deal at the time. In February, the firm had found a buyer. And that buyer was Lash 68 LLC, an entity that is registered to Bennet L. Co-listing agent Serena Boardman of Sotheby’s International Realty declined to comment. 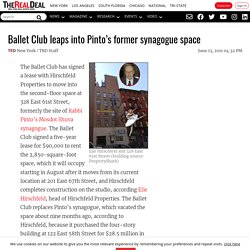 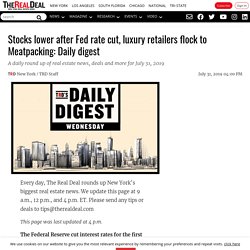 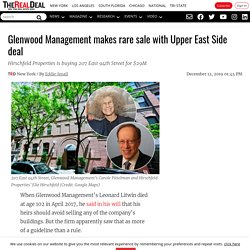 But the firm apparently saw that as more of a guideline than a rule. Glenwood has decided to make a rare departure with one of its buildings, as Hirschfeld Properties’ Elie Hirschfeld bought the company’s office property at 207 East 94th Street for $28.5 million, according to sources familiar with the deal. The building stands five stories tall and spans about 39,000 square feet. Glenwood had owned the building since at least 1985, according to property records. Kassin Sabbagh Realty’s Bunny Escava, Dan Myers and Jared Rahmanan A Kassin Sabbagh Realty team of Bunny Escava, Dan Myers and Jared Rahmanan brokered the deal for both sides. Century old hotel Pennsylvania may never open again. Century old hotel Pennsylvania may never open again. Steven Roth and the Hotel Pennsylvania (Credit: Bruce Glikas/Getty Images, Vornado) For more than 20 years Steven Roth has wanted to close the Hotel Pennsylvania, demolish it, and build a tower in its place. 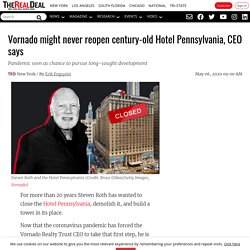 Now that the coronavirus pandemic has forced the Vornado Realty Trust CEO to take that first step, he is thinking anew about the other two. As tourism dried up, Vornado closed the not-quite-prestigious hotel at 401 Seventh Avenue on April 1 and furloughed 414 of its employees. Then, on an earnings call Tuesday, Roth called the hotel “a parking lot for a development site” and revealed, “We have thought internally about using this and just never reopening it.” By “this,” Roth apparently meant the opportunity of the closure to get started again on a project Vornado has wanted to do for a long time. Roth quickly said it is likely that the hotel will reopen. The City Council in 2010 approved zoning for a tower. Big Apple-Themed Art Collection Gift to Elie Hirschfeld. New-York Historical Society Gifted Big Apple-Themed Art Collection.