DA FORM IMTWF1. Which iOS Content Blocker is the Fastest? — The Brooks Review. This is part one in a four part series on content blockers in iOS 9. 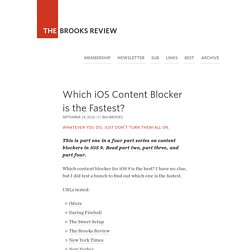 Read part two, part three, and part four. Which content blocker for iOS 9 is the best? I have no clue, but I did test a bunch to find out which one is the fastest. URLs tested: Testing Method: All tests done on an iPhone 6 Plus, from the same position, on a fast wifi network, in this order: Review: Apple’s iPhone 6s And 6s Plus Go ‘Tick’ Some of the most impressive camera and image processing feats in a smartphone, ever. 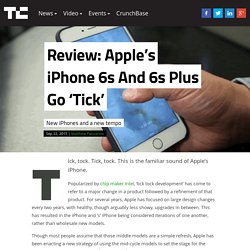 Not in raw pixel count (though that’s increased) but absolutely in image quality and finesse of image processing. I’ve talked before about how important it is that Apple owns its whole image pipeline, rather than letting a third party image processor mangle the iPhone’s photos. The Secret of the Apple’s New San Francisco Fonts. San Francisco is not a single font San Francisco fonts have lots of features to be highly legible. 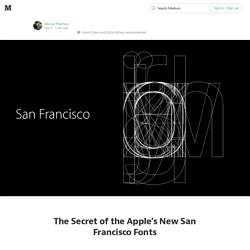 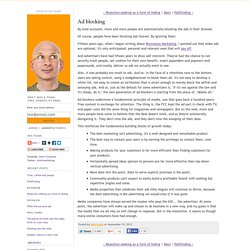 iOS 9 review. Give us four minutes and we'll give you the biggest highlight of iOS 9. iOS 9 evolution Each new version of iOS expands upon, refines, and ultimately advances all the versions that have come before. 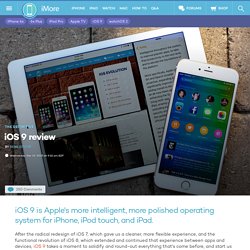 For details on those previous versions please see the previous reviews: Werdsmith. Even when told not to, Windows 10 just can’t stop talking to Microsoft. Windows 10 uses the Internet a lot to support many of its features. 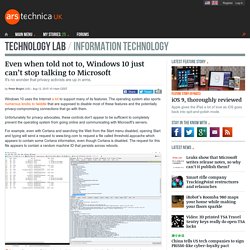 The operating system also sports numerous knobs to twiddle that are supposed to disable most of these features and the potentially privacy-compromising connections that go with them. Unfortunately for privacy advocates, these controls don't appear to be sufficient to completely prevent the operating system from going online and communicating with Microsoft's servers. Even when told not to, Windows 10 just can’t stop talking to Microsoft. Marketing fail: Samsung's new Galaxy Gear smartwatch ad is downright awful. Samsung’s Galaxy Gear smartwatch hasn’t exactly been a hit. 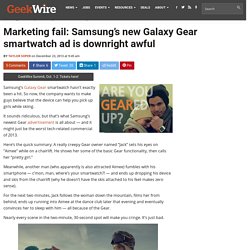 So now, the company wants to make guys believe that the device can help you pick up girls while skiing. It sounds ridiculous, but that’s what Samsung’s newest Gear advertisement is all about — and it might just be the worst tech-related commercial of 2013. Here’s the quick summary: A really creepy Gear owner named “Jack” sets his eyes on “Aimee” while on a chairlift. He shows her some of the basic Gear functionality, then calls her “pretty girl.” Could you live in a house built on the side of a cliff? Imagine waking up in a property which hangs off a cliff face with 180 degree views of the ocean. 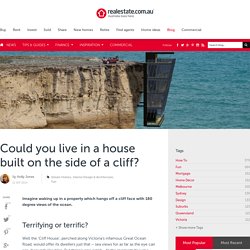 Terrifying or terrific? Well the ‘Cliff House’, perched along Victoria’s infamous Great Ocean Road, would offer its dwellers just that – sea views for as far as the eye can see. It sounds like bliss. SGH-I337M, Galaxy S4, accessibility options, accessibility settings,SGH-I337M. Your Samsung mobile device offers features to make using the device easier for those with certain physical disabilities. 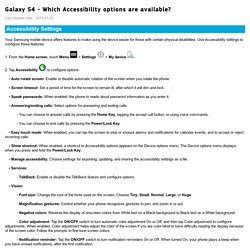 Use Accessibility settings to configure these features. 1. From the Home screen, touch Menu > Settings > My device. Vanity-fair.JPG (JPEG Image, 796 × 1240 pixels) - Scaled (80%) Technology and The Evolution of Storytelling — ART & SCIENCE. It is such an exciting time to be a filmmaker. 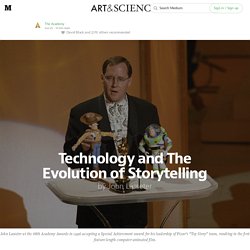 I do not believe the notion that the cinema is dying or dead because it’s amazing what technology can do to the cinematic storytelling. The Lead Generation Company. Safari Extensions — DirectLinks. When I’m Gone — Life Tips. When I’m Gone — Life Tips. Devon Henry. How to Take the Subway — Absurdist. You can tell a lot about a city by its public transit system. AppleVis Unlimited: What's New in Accessible Apps for August 2015. Welcome to the August 2015 edition of AppleVis Unlimited, our monthly series which aims to highlight what's new and noteworthy in the accessible app landscape. Below, you'll find a recap of the best content posted to AppleVis - from new app entries, to app updates, to podcasts and blogs.

For easier navigation, the major sections of this post are at heading level 3, and each individual item is at heading level 4. New and Noteworthy App Entries. SwitchingFromJawsToNVDA – NVDA Community. []Switching From JAWS To NVDA Introduction ¶ The purpose of this guide is to assist users of JAWS (Job Access With Speech), a commercial screen reader by Freedom Scientific to switch to the open source screen reader NVDA (NonVisual Desktop Access) with ease. It assumes prior knowledge of JAWS and that you are proficient in it's use. It is not intended to be a replacement of the included user guide, rather as a means to make NVDA seem less daunting. Strengths And Weaknesses ¶ SwitchingFromJawsToNVDA – NVDA Community. Winners of the 2015 Apps For All Challenge announced. Created on Tuesday, 01 September 2015 17:26 The Australian Communications Consumer Action Network (ACCAN), along with Telstra, has today announced the winners of the second Apps For All Challenge at the 2015 ACCAN National Conference in Sydney.

Launched last year, the Apps For All Challenge is Australia's only competition that awards the most accessible smartphone and tablet apps. The Challenge awards apps in four categories. Winners were given a cash prize from Telstra and will receive promotion through Telstra's social media channels. Keystroke - New Mexico Commission for the Blind. s3 two and a half men torrent. Witches In Britches Performing Arts. Cahill Witch Chronicles, The. Keyboard Shortcuts for JAWS.

Windows 10 Upgrade. We are pleased to announce that JAWS 16 and MAGic 13 are ready for Windows 10. Voiceover trouble in garageband 10.0.1. Home - PlayOnMac - Run your Windows applications on Mac easily! 27 must-have travel apps for every step of your journey. Majorca Building. Useful YouTube Keyboard Shortcuts You Should Know - Hongkiat. Editor’s note: For a newer, updated version of this post, check it out here. I’m sure you use Youtube a lot, to watch oh, I don’t know, funny home videos with babies or pets, strange and bizarre occurrences, the latest music videos, tutorials, game walkthroughs etc, recorded events and talks, [insert anything that can exist in video form here] etc.

The One Learning Technique That Scared The Heck Out of Bruce Lee — Life Learning. Serial. Pencil by FiftyThree. Free Stock Images: The Ultimate List of Stock Photos For Commercial Use. I Quit My Job Today. — The Coffeelicious. Accessibility features on the Samsung Galaxy S5. TeamViewer Management Console. How can I do a full text search of plaintext files in my DropBox folder? Mr robot s01e01 torrent. Software-recommendation. I made $41,879 as an AirBNB host — Being an AirBNB Superhost. The Pressbooks Illustrated Guide to Self-Publishing - Pressbooks. Chris Nestrud - JFW Scripts for Secure CRT. Tips - Using screen readers and JAWS scripts with SecureCRT. Software-recommendation.

The difference between Apple and Samsung industrial design. CutePDF Writer. Upon This Wrist — The Message. Charterhouse Partnership Sydney. Contrition. On safari with DJI’s Inspire 1 UAV. Online Diagram Software and Flow Chart Software - Gliffy. Pushbullet - Your devices working better together. QuollEyeTree. Wallpaper Weekends: 'Life is a Highway' for the iPad.