How remote work could help refugees. With an increasing number of refugees fleeing from conflicts to neighbouring countries, as well as much further afield, host governments are struggling to deal with the changing situation on the ground. 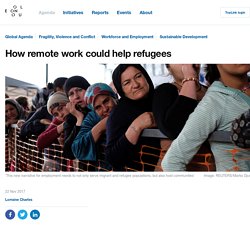 As financial pressures, shrinking economies and rising unemployment plague many refugee-hosting countries, the presence of large refugee populations has created an additional burden. 4 Movies About Refugees That You Need To See - The Borgen Project. Film is undoubtedly one of the most compelling forms of storytelling and some of the most powerful yet untold stories are those of the refugees. 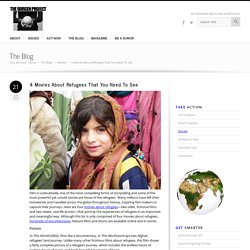 Many millions have left their homelands and travelled across the globe throughout history, inspiring film-makers to capture their journeys. 7 free short films about refugees recommended by human rights educators. Short films and videos can be useful conversation starters for teachers, educators, facilitators or anyone wishing to learn more about human rights. 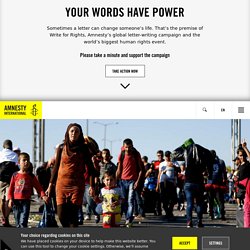 Here are seven freely available videos on the reality of life as a refugee, ranging from one to 16 minutes in length recommended by Amnesty International’s human rights education network. 11 Essential Movies About The Lives of Immigrants and Refugees. Through cinema, we can find empathy and understanding. 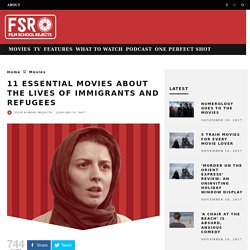 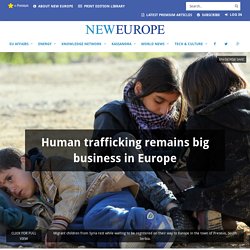 The conference took place in the framework of the EU funded project “Separated Children in Judicial Proceedings” led by The AIRE Centre. Whereas some positive trends were welcomed, such as the decision delivered by the European Court of Justice in September dismissing complaints lodged by Slovakia and Hungary about the EU’s migrant relocation scheme, a number of thorny issues remain unaddressed. As the EU and Member states are trying to find a balance between a need of enhanced border security and their international obligations under international and European law, the problem of irregular migrants and asylum seekers’ vulnerability identification until now is a loophole for traffickers of human beings. 5943e8a34. ESI The refugee crisis through statistics 30 Jan 2017. World Refugee Day 2017: Lessons of the Original Refugees. In 1944 it was estimated that there were over 11.5 million displaced people in Europe as a result of the Second World War. 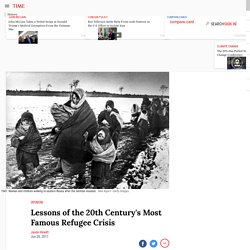 Europe seeks a long-term answer to a refugee crisis that needs a solution now. British holidaymakers heading for Italy’s beaches and other popular Mediterranean destinations this weekend, as the summer school break begins, may get more than they bargained for. 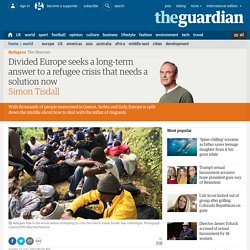 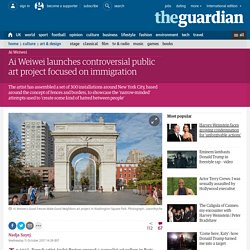 The artist Marcel Duchamp designed the glass door entranceway with a silhouette of two figures stepping in unison, symbolizing cultural advancement, which guests could walk through. That very same silhouette is making a comeback, rebuilt in steel under the arch of the Washington Square Park monument in New York City. It’s part of Good Fences Make Good Neighbors, a public art exhibition by Chinese artist Ai Weiwei which has launched this week and continues to 11 February. ‘It’s not a crisis or problem we can sweep under the rug’ They can't sail for Europe - so what's happening to migrants trapped in Libya? Migrants walk towards a detention centre near the Libyan coastal town of Garabulli in July 2017 (AFP) The Surman detention centre, home to hundreds of desperate refugees, is nothing more than a concrete block. 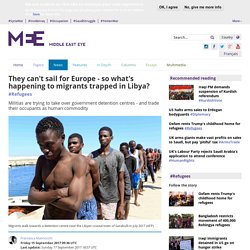 It sits near a secondary road in western Libya, some 60 kilometres from Tripoli and close to Sabrata and Zawiya, two cities whose wealth is now built on illegal oil trafficking. A guard stands outside the single padlocked door, the only entrance to the official facility. Zaatari Djinn - 2Doc: - 2Doc.nl. Capital - How expats cope with losing their identity. Last week, we identified an important, but often overlooked problem of being a long-term expat: how a foreign posting can affect your sense of identity, belonging and home. 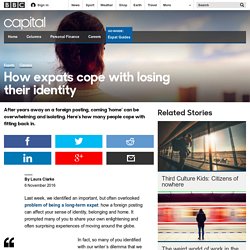 It prompted many of you to share your own enlightening and often surprising experiences of moving around the globe. The sense of never being at home anywhere is very real In fact, so many of you identified with our writer’s dilemma that we thought we would both share your experiences and highlight your best tips when it comes to fitting in once you return “home” after a long stint abroad. No place like home In a Facebook comment, Wendy Skroch dubbed the phenomenon “reverse culture shock”. Europes identity crisis. DEAL, England — For centuries they sailed to the south, conquistadors and colonists, wresting control of a continent’s riches and imposing alien ways of faith and governance. Yet, in recent weeks, watching the inexorable exodus of migrants risking their lives to cross the Mediterranean toward Greece and Italy in leaky craft, it is tempting to wonder whether the tide has turned.

Now, it is the powers of Europe, which once divided Africa between them, that face an invasion that could reshape their societies. What is home? Growing up between cultures. TEDxTaipeiAmericanSchool. Polish immigrant about living in the UK. Immigrant Children Interview Video. Culture Clash: Caribbean Children of Immigrant Parents (Official Trailer) Marine Le Pen to RT: We fight for French identity. Transnational Migrants: When "Home" Means More Than One Country. The assumption that people will live their lives in one place, according to one set of national and cultural norms, in countries with impermeable national borders, no longer holds. Rather, in the 21st century, more and more people will belong to two or more societies at the same time. This is what many researchers refer to as transnational migration. Transnational migrants work, pray, and express their political interests in several contexts rather than in a single nation-state.

Some will put down roots in a host country, maintain strong homeland ties, and belong to religious and political movements that span the globe. Peggy Levitt: Migrating people, migrating cultures. American Experience. Living in Two Cultures Andrew Lam is a California-based journalist, short story writer, and National Public Radio commentator. Living between two cultures – On My Mind. As a first generation immigrant, I live in between two cultures (or sometimes no cultures). If it doesn’t make sense to you, let me share an example. How about holidays? In China, the biggest traditional holiday is the Chinese New Year, also called Spring Festival, which is celebrated sometime in January or February. When I was growing up, the holiday was a huge deal.

Every family spent several weeks shopping for food and at least one week preparing for the Chinese New Year’s Eve dinner. Six real life stories of migration. New EU migrants have not had a significant impact on the employment prospects of British school-leavers, according to an official government report by immigration experts. But according to poll by the Guardian and ICM published in June, almost half of British voters believe that the impact of immigration on employment underlies their sense of economic insecurity.

The latest NatCen British Social Attitudes survey also shows that a quarter of British people said that they believed the main reason immigrants came to the UK was to claim benefits. Approximately 7.5 million people in the UK were born abroad, making up 13% of the overall population. Meet Young Immigrants. Refugee - National Geographic Society. National Identity case study: How is globalization transforming the borders of national identity? National Identity. The CGGE National Identity module examines the geographic characteristics of national identity and the interplay of culture, politics, and place. Refugee crisis exposes a deep divide in European Union. 1951 refugee convention. The real refugee crisis is in the Middle East, not Europe.

Syrian refugees await approval to enter Jordan at the Hadalat reception area on the Syrian-Jordanian border, Wednesday, May 4, 2016. European opinions of the refugee crisis in 5 charts. The United Nations is hosting a high-level summit on Sept. 19 to address the issue of refugees and migrants in hopes of coming up with a more coordinated approach to dealing with the large-scale movement of displaced people.

The following day, President Barack Obama will host a Leaders’ Summit on Refugees in an effort to find significant new pledges from governments to help manage the crisis. Who Am I? Clouds Over Sidra: A Virtual Reality (VR) film. What does it mean to be a refugee? - Benedetta Berti and Evelien Borgman. Talk to Al Jazeera - Syrian refugee: 'I'm scared of the way they look at us' Interview with a Syrian refugee. Europe migrant crisis. The King Of The Shores: An Interview With a Syrian Refugee Smuggler. World Refugee Day 2015: Statement by António Guterres.

The Global Refugee Crisis, Region by Region. Migrant crisis: Migration to Europe explained in seven charts. Image copyright Getty Images More than a million migrants and refugees crossed into Europe in 2015, sparking a crisis as countries struggled to cope with the influx, and creating division in the EU over how best to deal with resettling people.