Different perspectives in the news 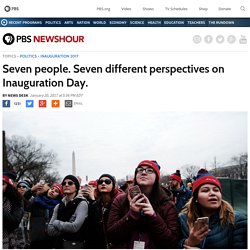 Here are their stories. Anna Scott Marsh at the South Carolina state ball at the National Portrait Gallery in Washington, D.C. on Thursday, January 19, 2017. Photo by Abbey Oldham Anna Scott Marsh. A Matter of Perspective. “If you change the way you look at things, the things you look at change.” ~ Wayne Dyer Have you ever fought about a position you had with another person and you simply couldn’t figure out why he or she just could not agree with you? 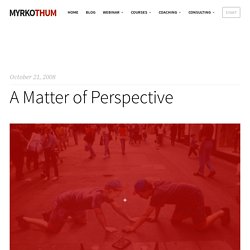 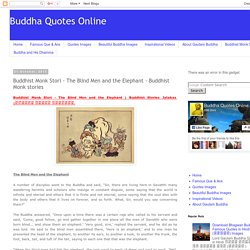 The Blind Men and the Elephant A number of disciples went to the Buddha and said, "Sir, there are living here in Savatthi many wandering hermits and scholars who indulge in constant dispute, some saying that the world is infinite and eternal and others that it is finite and not eternal, some saying that the soul dies with the body and others that it lives on forever, and so forth. What, Sir, would you say concerning them? " The Buddha answered, "Once upon a time there was a certain raja who called to his servant and said, 'Come, good fellow, go and gather together in one place all the men of Savatthi who were born blind... and show them an elephant.' 'Very good, sire,' replied the servant, and he did as he was told. 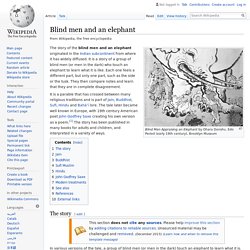 It is a story of a group of blind men (or men in the dark) who touch an elephant to learn what it is like. Each one feels a different part, but only one part, such as the side or the tusk. Multiple Perspectives: Building Critical Thinking Skills. ReadWriteThink couldn't publish all of this great content without literacy experts to write and review for us. 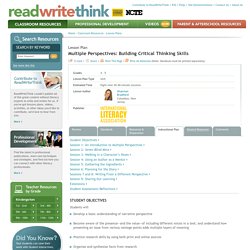 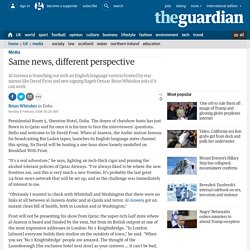 The doyen of chatshow hosts has just flown in to Qatar and for once it is his turn to face the interviewers' questions. Hello and welcome to Sir David Frost. When al-Jazeera, the Arabic station famous for broadcasting Bin Laden tapes, launches its English-language sister channel this spring, Sir David will be hosting a one-hour show loosely modelled on Breakfast With Frost.