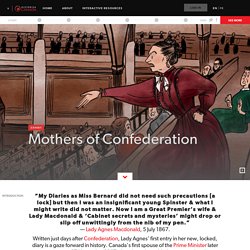 She was the first governor general’s wife to tour Canada and became one of the most well-known and popular viceregal consorts (1872–78). As governor general, Lord Dufferin was expected to be above party politics and refrain from attending debates in the House of Commons. His wife, however, was not bound by the same expectations and observed parliamentary proceedings in the House of Commons. Lady Dufferin provided her husband with detailed accounts, including the gestures and personalities of individual politicians, thus ensuring that her husband was kept informed of Canadian political developments. (She usually attended the House with an aide to the governor general, who also reported to the GG about House matters.) Lady Dufferin also described parliamentary affairs in letters to her mother (published in 1891 as her Canadian Journal). 24-29 February 1876 William James Topley. Mi'kmaq Mama - Mi'kmaq Mama a partagé la vidéo de CBC... 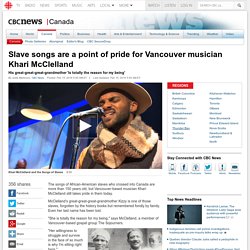 McClelland's great-great-great-grandmother Kizzy is one of those slaves, forgotten by the history books but remembered fondly by family. Even her last name has been lost. "She is totally the reason for my being," says McClelland, a member of Vancouver-based gospel group The Sojourners. This is one of the few photographs of Cynthia Dorsey, Kizzy's daughter. No images of Kizzy survive. "Her willingness to struggle and survive in the face of so much is why I'm sitting right here. " Kizzy died before McClelland was born. Eventually, after slavery was officially abolished in the United States in 1865, Kizzy and her two children crossed back to settle in the Detroit area. McClelland has read many books about the experiences of slaves who ran away. 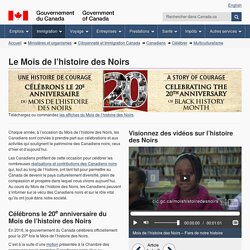 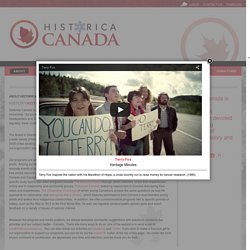 Our programs, all of which are offered bilingually, reach more than eight million Canadians annually. While our headquarters is in Toronto, we also operate the Ottawa-based Encounters With Canada youth program, and our staff regularly travel coast to coast to coast to meet participants and promote engagement in our activities. The Board of Directors of Historica Canada (listed here) includes some of our country’s most prominent citizens, drawn from a wide variety of fields and backgrounds.

We are a registered national charitable organization, the product of the merger in 2009 of two existing groups: The Historica Foundation of Canada and The Dominion Institute. In the wake of the merger, our organization was known as The Historica-Dominion Institute until we formally changed our name in September, 2013. Learn Mi'gmaq. Canada en-ligne. Remplissez ce formulaire pour commander vos ressources pédagogiques d'Élections Canada. 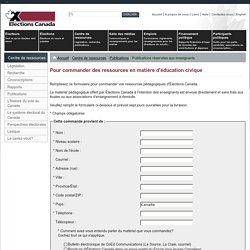 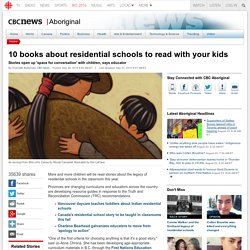 Provinces are changing curriculums and educators across the country are developing resource guides in response to the Truth and Reconciliation Commission (TRC) recommendations. "One of the first criteria for choosing anything is that it's a good story," said Jo-Anne Chrona. She has been developing age-appropriate curriculum materials in B.C. through the First Nations Education Steering Committee (FNESC). It opens up that space for conversation. - Jo-Anne Chrona, educator For parents reading these books at home to their children, Chrona says it's important to be mindful of what's appropriate, emotionally and developmentally. "Talk with your children about what it is that they're reading, what it is that they understand," she said.

"It opens up that space for conversation. " The following ten books reflect on the residential school experience in different ways.