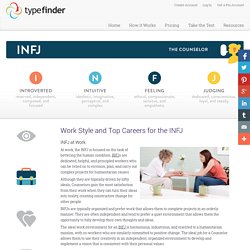 Often, INFJs choose careers in helping professions like health care, education, or counseling. INFJs are thinkers by nature and appreciate careers that allow them to use their intellect on problems that interest them. Cognitive Functions and Type Dynamics - A Failed Theory? Many of us are familiar with the cognitive functions (Fe, Fi, Te, Ti, Se, Si, Ne, Ni) and how they are ordered for each type, i.e. type dynamics. 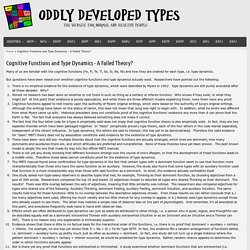 But questions have been raised over whether cognitive functions and type dynamics actually exist. Researchers have pointed out the following: There is no empirical evidence for the existence of type dynamics, which were described by Myers in 1962. Cognitive Functions and Type Dynamics - A Failed Theory? Personality Development - Personality Hacker : Personality Hacker. INFJ Strategies for Dealing with Emotions Part III: Heated Situations.

By Cheryl Florus In Part II of the INFJ Strategies for Dealing with Emotions series I talked about how INFJs can take on other people’s emotional state fairly easily in certain situations, which then automatically alters their mood. 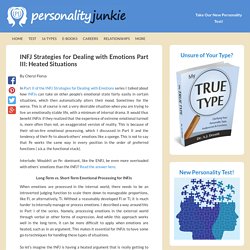 Sometimes for the worse. 10 Steps to an Amazing INFJ Life: #2 Manage Those Pesky Emotions. You know it, that flare of anger, that feeling of “I HAVE to say something, NOW!” 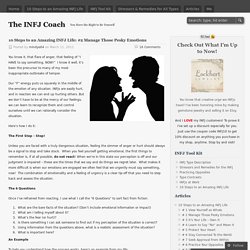 I know it well, it’s been the precursor to many of my most inappropriate outbreaks of temper. Our “F” energy puts us squarely in the middle of the emotion of any situation. INFJs are easily hurt, and in reaction we can end up hurting others. But we don’t have to be at the mercy of our feelings, we can learn to recognize them and control ourselves until we can rationally consider the situation.

Here’s how I do it: The First Step – Stop! Unless you are faced with a truly dangerous situation, feeling the simmer of anger or hurt should always be a signal to stop and take stock. The 6 Questions. How INFJs Deal with Conflict: 10 Confessions - Introvert, Dear. I could feel the hurt in my stomach, a burning ball of lead in my gut. 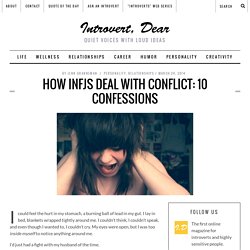 The World's Rarest Personality: INFJ Type Decoded. Out of the 16 Myers-Briggs personality types, INFJ type is believed to be the most rare. 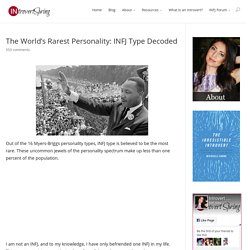 These uncommon jewels of the personality spectrum make up less than one percent of the population. I am not an INFJ, and to my knowledge, I have only befriended one INFJ in my life. Know Thyself. Careers. INFJ strengths and weaknesses. All kinds of minds. The Website for Normal and Healthy People. 15-19.pdf. Your Guide To Interacting With An Introvert. Are you worried that your boyfriend or girlfriend, or your husband or wife is a passive-aggressive pain in the ass, who is purposefully trying to drive you crazy by avoiding all contact with the outside world? 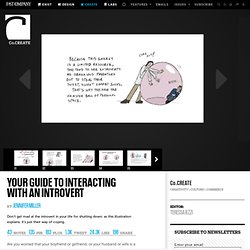 Cartoonist Schroeder Jones feared that his ex-boyfriend believed just that. Personality Test. Most Effective Communication Strategies With Various Personalities. Communication style is characterized by the way people appear (or attempt to appear) in communication, the way they tend to relate to the ones they communicate with and how their messages are typically interpreted. 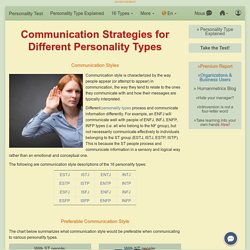 Here are some examples of communication styles: 64 Inspiring and Relatable Quotes for INFPs. Quotesome.com Related Searches Buy this domain The owner of quotesome.com is offering it for sale for an asking price of 1000 USD! 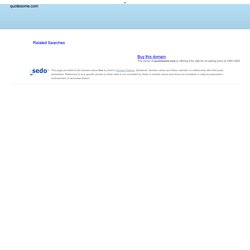 This page provided to the domain owner free by Sedo's Domain Parking. Disclaimer: Domain owner and Sedo maintain no relationship with third party advertisers. Free personality test, type descriptions, relationship and career advice. Thoughts on the INFP Personality Type from an INFP. As INFPs, we live in an internal dream world of our ideals where everything exists the way we think it should be. 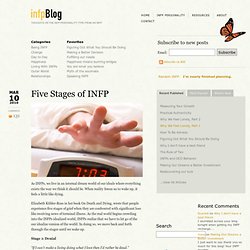 When reality forces us to wake up, it feels a little like dying. Elizabeth Kübler-Ross in her book On Death and Dying, wrote that people experience five stages of grief when they are confronted with significant loss like receiving news of terminal illness. Myers-Briggs: Does it pay to know your type? Now, 50 years after the first time anyone paid money for the test, the Myers-Briggs legacy is reaching the end of the family line.

The youngest heirs don’t want it. And it’s not clear whether organizations should, either. That’s not to say it hasn’t had a major influence. More than 10,000 companies, 2,500 colleges and universities and 200 government agencies in the United States use the test. From the State Department to McKinsey & Co., it’s a rite of passage. The test, whose first research guinea pigs were George Washington University students, has seen financial success commensurate to this cultlike devotion among its practitioners. Yet despite its widespread use and vast financial success, and although it was derived from the work of Carl Jung, one of the most famous psychologists of the 20th century, the test is highly questioned by the scientific community.

Psychoanalysis was a young field and one many regarded skeptically.