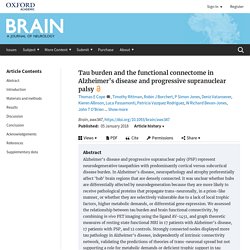 Close. Brains Sweep Themselves Clean Of Toxins During Sleep. Katherine Streeter for NPR While the brain sleeps, it clears out harmful toxins, a process that may reduce the risk of Alzheimer's, researchers say. 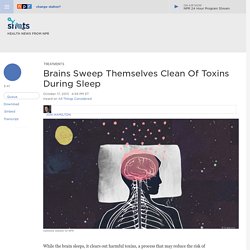 During sleep, the flow of cerebrospinal fluid in the brain increases dramatically, washing away harmful waste proteins that build up between brain cells during waking hours, a study of mice found. "It's like a dishwasher," says Dr. Maiken Nedergaard, a professor of neurosurgery at the University of Rochester and an author of the study in Science.

The results appear to offer the best explanation yet of why animals and people need sleep. ADHD in Adults: Understanding Why You Do What You Do. What I have come to understand — something that people with ADHD know from an early age — is that, if you have an ADHD nervous system, you might as well have been born on a different planet. 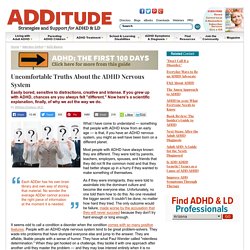 Most people with ADHD have always known they are different. They were told by parents, teachers, employers, spouses, and friends that they did not fit the common mold and that they had better shape up in a hurry if they wanted to make something of themselves. As if they were immigrants, they were told to assimilate into the dominant culture and become like everyone else. Unfortunately, no one told them how to do this. No one revealed the bigger secret: It couldn't be done, no matter how hard they tried. It seems odd to call a condition a disorder when the condition comes with so many positive features. If I could name the qualities that would assure a person's success in life, I would say being bright, being creative with that intelligence, and being well-liked.

The ADHD world is curvilinear. A Minority President: Why the Polls Failed, And What the Majority Can Do « George Lakoff. By George Lakoff The American Majority Hillary Clinton won the majority of votes in this year’s presidential election. 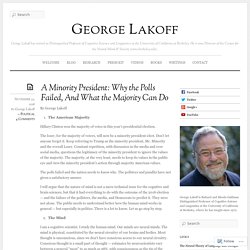 The loser, for the majority of voters, will now be a minority president-elect. Don’t let anyone forget it. Keep referring to Trump as the minority president, Mr. The polls failed and the nation needs to know why. I will argue that the nature of mind is not a mere technical issue for the cognitive and brain sciences, but that it had everything to do with the outcome of the 2016 election — and the failure of the pollsters, the media, and Democrats to predict it. The Mind I am a cognitive scientist. Worldviews and Worldview Differences Our fixed worldviews are made up of complex ideas carried our by relatively fixed neural circuitry. Exercise and Learning: How Physical Activity Boosts the Brain. Slide 2 of 4 How the Brain Learns and Creates Memories As fundamental as the neurotransmitters are, there’s another class of master molecules that, over the past 15 years, has dramatically changed our understanding of connections in the brain. 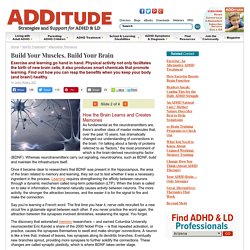 After watching this, your brain will not be the same. Brain Plasticity in Older Adults. Adult Neuroplasticity: More Than 40 Years of Research. New Clues to Just How Much the Adult Brain Can Change. A boy with ambylopia exercises his weaker eye Popular neuroscience books have made much in recent years of the possibility that the adult brain is capable of restoring lost function or even enhancing cognition through sustained mental or physical activities. 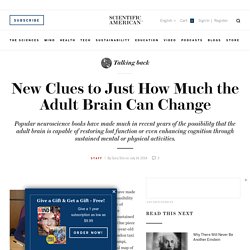 One piece of evidence often cited is a 14-year-old study that that shows that London taxi drivers have enlarged hippocampi, brain areas that store a mental map of one’s surroundings. Taxi drivers, it is assumed, have better spatial memory because they must constantly distinguish the streets and landmarks of Shepherd’s Bush from those of Brixton. A mini-industry now peddles books with titles like The Brain that Changes Itself or Rewire Your Brain: Think Your Way to a Better Life. Beyond the controversy, however, scientists have taken a number of steps in recent years to start to answer the basic biological questions that may ultimately lead to a deeper understanding of neuroplasticity. Image Source: National Eye Institute Gary Stix.