Morocco World News is dedicated to bringing the news of Morocco and the MENA region to a wide audience without bias or a political agenda. Visit 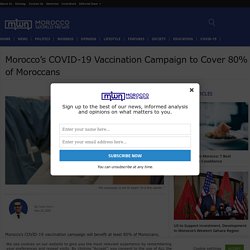 Celebrate Eid al Adha in Moroccans. Rabat – Eid Al-Adha is a religious holiday celebrated annually by Muslims worldwide on the 10th of the month of Dhu Al-Hijjah. 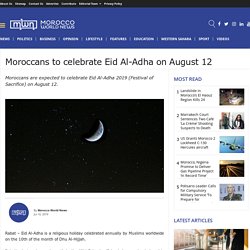 It is the last and sacred month in the Hijri Calendar (Islamic lunar calendar) and is the month in which the Hajj (pilgrimage) takes place. During the religious holiday, Muslims sacrifice cattle, sheep, or goats in observance of the Sunna of Prophet Muhammad (PBUH). Latest News about the African Cup of Nations 2019. Rabat – The Confederation of African Football (CAF) has reportedly stripped the hosting rights of the 2019 Africa Cup of Nations (CAN) from Cameroon because it was struggling to finish building the football venues. 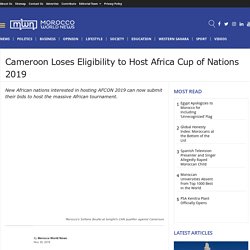 Moroccan sports television channel Arriyadia said that CAF has “officially” stripped Cameroon of the rights. The decision was made in a meeting in Accra today after the latest reports from CAF’s inspection missions revealed that Cameroon was not ready to host the tournament. CAN, also called AFCON, will take place June 15 to July 13, 2019. CAF will now launch a new bidding process to appoint another host for the African tournament. Read Also: CAN 2019: Morocco Secures Historic 2-0 Win Against Cameroon Local and international news outlets have repeatedly speculated this year that Morocco might replace Cameroon. 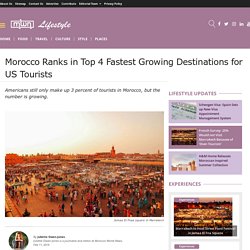 Egypt, Tanzania, and Colombia also made the list. Morocco had the second highest year-by-year increase at 73 percent. Egypt ranked number one with an increase of 146 percent. Tanzania pulled in a 61 percent increase and Columbia 60 percent. The four countries surpassed Israel, Iceland, Portugal, and Vietnam, last year’s fastest growing travel destinations. The data was based on Squaremouth’s statistics revealing where its customers bought travel insurance for the most. The website reported that their average traveler to Morocco spent $3,673.32 on their trip, a 7 percent increase from 2017. Interestingly, the website noted a large boom of tourists from the “Silent Generation” to Morocco, at a 76% increase. Read Also: Tourism in Essaouira Grows, Hotels Booked Out for New Year’s Read Also: Marriott International to Build Resort in Marrakech.

Morocco News Live is going to Change the View Towards Social Media and Energy Required. The Best Way To Stay Updated With Recent News – Moroccoworldnews.Com. Morocco, May 09,2019/Free-Press-Release.com/ -- There might be ways through which you can gather all the required information and news as well. 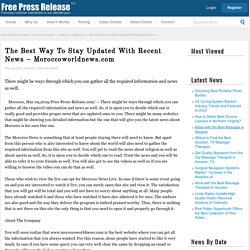 So, it is upon you to decide which one is really good and provides proper news that are updated ones to you. Find the Best Moroccan Recipes Here. Latest Middle East News. Rabat- Iran has probably lied about its nuclear program. But hasn’t Israel also? It seems that the geographical name the Middle East is truly inappropriate for the region that has been unstable for over seven decades, experiencing many regional wars between Arabs and Israelis, between Iraqi Arabs and Americans, between Arabs and Iranians, and of course, Arab civil wars in the aftermath of the Arab Spring. The region should probably be renamed the Warring East instead of the Middle East. As a matter of fact, many Arab political analysts have tongue in cheek changed the name Middle East in Arabic (sharq al-awsat) into the humiliating name (sharq al-awsakh), meaning “the dirty east.”

The Latest Middle East News is, yet again about, gearing up for another war, but this time it will probably be more destructive. Western Sahara News. Morocco’s Autonomy Plan is the most recent initiative, suggested by Morocco in April 2006. 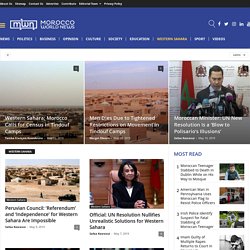 In a letter to Kofi Annan, the seventh Secretary-General of the United Nations, King Mohammed VI confirmed Morocco’s commitment to a consensual solution to terminate the dispute over the Sahara. In the same letter, the King informed the UN Secretary General that Morocco was preparing to submit an autonomy project within the framework of the territorial integrity and the national unity of the country.The plan was suggested in 2006, after James Baker, the UN Personal Envoy to Western Sahara from 1997 to 2004, had failed to reach consensual means to reconcile the positions of Morocco and the Polisario Front separatist group. 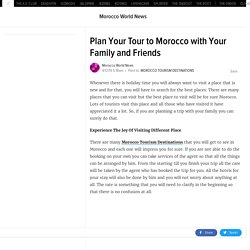 There are many places that you can visit but the best place to visit will be for sure Morocco. Lots of tourists visit this place and all those who have visited it have appreciated it a lot. So, if you are planning a trip with your family you can surely do that. Experience The Joy Of Visiting Different Place There are many Morocco Tourism Destinations that you will get to see in Morocco and each one will impress you for sure. Many places are there where you can spend quality time with your friends and family and have lots of fun. The Best Way To Stay Updated With Recent News – Moroccoworldnews.Com. There might be ways through which you can gather all the required information and news as well. 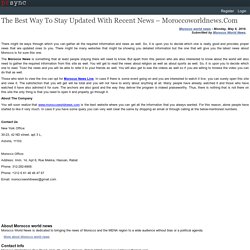 So, it is upon you to decide which one is really good and provides proper news that are updated ones to you. ONCF’s Train Accident Kills 6 Near Morocco’s Bouknadel. Morocco News. Morocco News Live. King Mohammed VI of Morocco to Celebrate 20 Years of Rule. The current ruler of the country, King Mohammed VI Morocco will celebrate 20 years of rule on July 30, 2019. 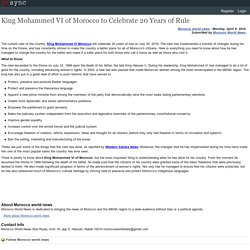 The ruler has implemented a number of changes during his time on the throne, and has constantly striven to make the country a better place for all of Morocco’s citizens. Here is everything you need to know about how he has managed to change the country for the better and make it a safer place for both those who call it home as well as those who visit it. What to Know The ruler ascended to the throne on July 23, 1999 upon the death of his father, the late King Hassan II. During his leadership, King Mohammed VI has managed to do a lot of good for the country, including advancing women’s rights. Pope Francis Waves at the Audience near Caritas Center in Rabat.