I write there for I am/Ich schreibe also bin ich Blogger with a day job, living in North Norfolk, UK with a gorgeous husband and family. Love to read, write, bake, learn and listening to all sorts of music. And of course, discover new and exciting blogs! (Poetry & Witing) (A little bit of everything) & (Mental Health, Survivors and Healing)

How to Protest Capitalism by Baking Bread. To Kiss Frank... - Poetry Foundation. Line of Light - New Lighting Installation for Nottingham. Lines of poetry will light up above a redeveloped gateway to the city, as part of a new piece of art which celebrates Nottingham’s UNESCO City of Literature status. 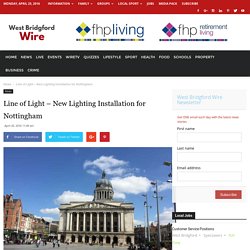 And members of the public can put forward suggestions for words or phrases from favourite poems which could be used in the installation, commissioned by Nottingham City Council. Be Brave Ranch cuts PTSD symptoms by 25% in child sexual abuse victims: clinical trials. The Healthy WAAY with Erin Dacy-Meditation instead of medication. Treatment for mental health ranges from medication to meditation to counseling. 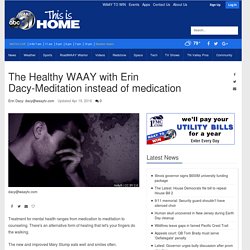 Kazakhstan's mental health crisis: 'as men we can't seek help' Mental health professionals in Kazakhstan are reporting a surge in the number of male clients seeking help as a result of the country’s financial crisis. 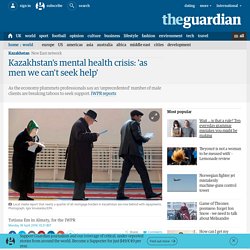 Psychologists say the economic downturn has proven particularly traumatic for men who are under significant pressure to provide for their families in what is still a heavily patriarchal society. After the government agreed a free-floating exchange rate last August the tenge has fallen 45% against the dollar, with savings in the currency seeing huge devaluation. The Kazakh news service Krisha.kz has reported that nearly a quarter of all mortgage holders across the country are now three months behind with repayments. Stop Pushing Yourself: How to Slow Down & Destress. “Self-care is not selfish or self-indulgent. 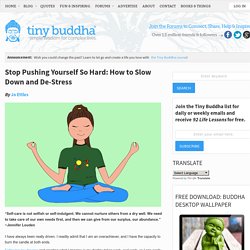 We cannot nurture others from a dry well. We need to take care of our own needs first, and then we can give from our surplus, our abundance.” Programs Like ThriveNYC Show What Roles Cities and Local Governments Can Play in Addressing the Global Mental Health Crisis. The advertisements on public transportation don’t usually warrant a second glance, let alone a conversation. 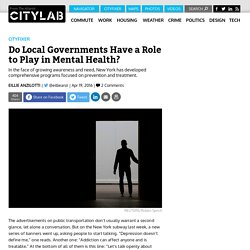 But on the New York subway last week, a new series of banners went up, asking people to start talking. “Depression doesn’t define me,” one reads. Another one: “Addiction can affect anyone and is treatable.” At the bottom of all of them is this line: “Let’s talk openly about mental health issues. JukePop: Metallic Criminology: A faint glimmer of metal by Stuart Bedlam. "It all begin with a turn of a screw," said the olive-colored man. 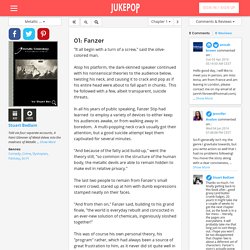 Atop his platform, the dark-skinned speaker continued with his nonsensical theories to the audience below, twisting his neck, and causing it to crack and pop as if his entire head were about to fall apart in chunks. This he followed with a few, albeit transparent, suicide threats. In all his years of public speaking, Fanzer Stip had learned to employ a variety of devices to either keep his audiences awake, or from walking away in boredom. A multi-popping neck crack usually got their attention, but a good suicide attempt kept them captivated for several minutes. "And because of the fatty acid build-up," went the theory still, "so common in the structure of the human body, the metallic devils are able to remain hidden to make evil in relative privacy. " TEDxTraverseCity – A Spirit of Healing. 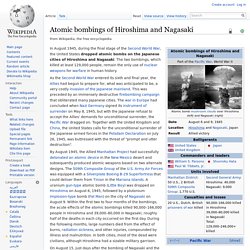 The two bombings, which killed at least 129,000 people, remain the only use of nuclear weapons for warfare in human history. Background Pacific War Main article: Pacific War As the Allied advance moved inexorably towards Japan, conditions became steadily worse for the Japanese people. Preparations to invade Japan Even before the surrender of Nazi Germany on May 8, 1945, plans were underway for the largest operation of the Pacific War, Operation Downfall, the invasion of Japan. U.S. Japan's geography made this invasion plan obvious to the Japanese; they were able to predict the Allied invasion plans accurately and thus adjust their defensive plan, Operation Ketsugō, accordingly.

The Americans were alarmed by the Japanese buildup, which was accurately tracked through Ultra intelligence. Air raids on Japan A B-29 over Osaka on June 1, 1945. Good afternoon world/ Guten Tag Welt. I had planned to tell you about the Independent Foreign Fiction Prize Readers Day today but my mind is still sleeping somehow and writing the blog post just dragged along today. I still have to do the German translation so I decided to leave the post for tomorrow which gives me the advantage that I can also write about the winner which will be announced tonight. I can't wait to find out. The whole day was so full of inspiration and information that I will do a week of writing about translated fiction next week to just use a minimum of what was in there :-).