Woman Had Her Face Photoshopped In More Than 25 Countries To Compare Their Beauty Standards. U.S. 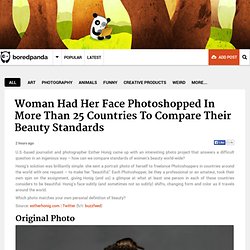 -based journalist and photographer Esther Honig came up with an interesting photo project that answers a difficult question in an ingenious way – how can we compare standards of women’s beauty world-wide? Honig’s solution was brilliantly simple: she sent a portrait photo of herself to freelance Photoshoppers in countries around the world with one request – to make her “beautiful.”

RC - Revistas - Literatura / Libros - Leer - Sumario 249. Journalism and future. Gaming. 100 Years of Rock Visualized. From Gospel to Grunge: 100 Years Of Rock in Less Than a Minute is an ambitious design project from ConcertHotels.com. 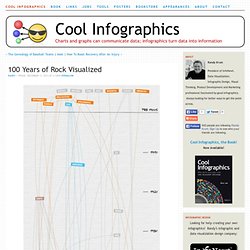 It’s an animated, interactive timeline design that let’s you click on any genre to highlight it’s specific history and play a sample of the appropriate music. The history of rock music is pretty interesting. Everyone knows that it’s roots lie in genres like Gospel, but what about all the other genres? How did Cowpunk come about? Or Indie Rock? Although music heritage isn’t an exact science, the color-coded flow arrows are easy to follow throughout the design. Storytelling: el deseado poder que da contar historias. Jesús Martín Barbero - La insoportable hibridez de las culturas. René Magritte's "La Ligne de vie" ("Lifeline") Join us for a special evening with actor and director Joshua Marston, who performs René Magritte's 1938 lecture "La Ligne de vie" ("Lifeline"), which explores the experience of life and art that led Magritte to Surrealism. 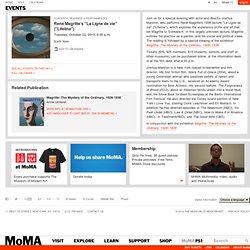 In this largely unknown lecture, Magritte outlines his practice as a painter, and his social and political views. The reading is followed by a special viewing of the exhibition Magritte: The Mystery of the Ordinary, 1926–1938. Tickets ($35, $25 members, $15 students, seniors, and staff of other museums) can be purchased online, at the information desk, or at the film desk after 4:00 p.m. Joshua Marston is a New York–based screenwriter and film director. His first fiction film, Maria Full of Grace (2004), about a young Colombian woman who swallows pellets of heroin and transports them to the U.S., received an Academy Award nomination for Best Actress.

You Need To See This 17-Minute Film Set Entirely On A Teen's Computer Screen. These words are probably unfurling inside one of many open tabs on your computer screen. 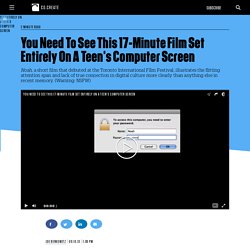 Perhaps one tab is for work, one is for chatting, and another is for Twitter. You probably even have some others open for no particular reason. This is the way we receive information and the way we communicate now: constantly, simultaneously, compulsively, endlessly, and more and more often, solitarily. Global Street Art. 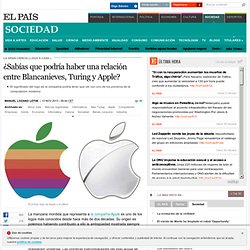 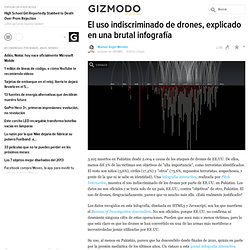 Creating the All-Terrain Human. Come winter, when most elite ultrarunners keep running, Jornet puts away his trail-running shoes for six months and takes up ski-mountaineering racing, which basically amounts to running up and around large mountains on alpine skis. In this sport too, Jornet reigns supreme: he has been the overall World Cup champion three of the last four winters. So what’s next when you’re 25 and every one of the races on the wish list you drew up as a youngster has been won and crossed out? LivesOn, la nova aplicació de Twitter que permet piular després de morir. 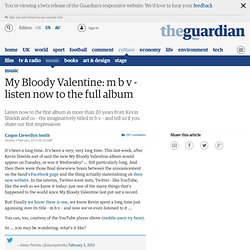 It's been a very, very long time. This last week, after Kevin Shields sort of said the new My Bloody Valentine album would appear on Tuesday, or was it Wednesday? ... felt particularly long. And then there were those final slowwww hours between the announcement on the band's Facebook page and the thing actually materialising on their new website. In the interim, Twitter went nuts. But! You can, too, courtesy of the YouTube player above (mobile users try here). Las ventas de la industria musical española descendieron un 77,5% desde el 2001-Ocio y Cultura. Umberto Eco: "O excesso de informação provoca amnésia" - ÉPOCA. El gran professore - 21.10.2012. Clarín en tu iphone. This Isn't the Petition Response You're Looking For. Official White House Response to Secure resources and funding, and begin construction of a Death Star by 2016. 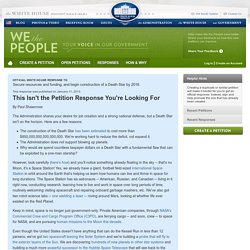 This response was published on January 11, 2013. By Paul Shawcross The Administration shares your desire for job creation and a strong national defense, but a Death Star isn't on the horizon.

Flashmob oficina paro (Carne Cruda 2.0) In pictures: Hyper-real pencil drawings that look like photos. To an untrained eye these pictures would look nothing more than standard photographs. 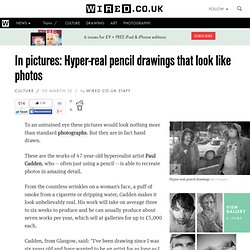 But they are in fact hand drawn. These are the works of 47-year-old hyperrealist artist Paul Cadden, who -- often just using a pencil -- is able to recreate photos in amazing detail. From the countless wrinkles on a woman's face, a puff of smoke from a cigarette or dripping water, Cadden makes it look unbelievably real. His work will take on average three to six weeks to produce and he can usually produce about seven works per year, which sell at galleries for up to £5,000 each. Stan Lee cumple 90 años.