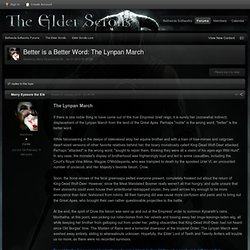 Perhaps "noble" is the wrong word; "better" is the better word. While falconeering in the deeps of Valenwood atop her equine brother and with a train of tree-mimes and vatgrown dwarf-sized versions of other favorite relatives behind her, the hoary monstrosity called King-Dead Wolf-Deer attacked. Perhaps "attacked" is the wrong word; "sought to rejoin them, thinking they were all a vision of his ages-ago Wild Hunt". In any case, the monster's display of brotherhood was frighteningly loud and led to some casualties, including the Court's Royal Vine-Mime, Magpie O'Middlepants, who was trampled to death by the spooked Uriel VI, an uncounted number of uncleculi, and Her Majesty's favorite falcon, Crow.

Emotional impact, emotional response. Hello, I was 22 when I joined Bethesda Softworks. 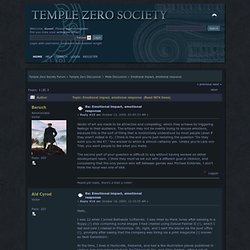 I was hired by Mark Jones after sending in a floppy (!) Disk containing some images I had created using Deluxe Painter II (!) , which I lied and said I created in Photoshop. Oh, right, and I sent the above via the post office (!) At the time, I lived in Huntsville, Alabama, and had a few illustration pieces published in various pen-and-paper products for Chaosium Inc. and Atlas Games, after a set of circumstances that mainly involved being pimped by Brom to his contacts (which nets an earnest "! ")... And in the spirit of Modelo-swilled digression...my actual pitch for the aesthetic of Morrowind was "Mad Max crossed with The Dark Crystal crossed with Star Wars. 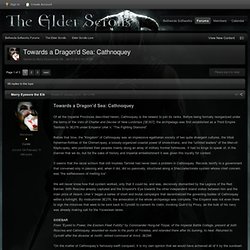 Llénnöcöcönnèll, the Anachronisle - Elder Scrolls Lore. I don't pretend to know what love is for everyone. FSL Professor Numinatus! 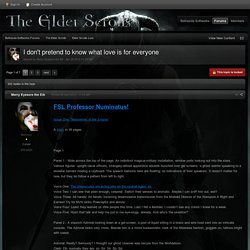 Issue One: “Meanwhile, in the Empire” A story in 16 pages Page 1 Panel 1 - Wide across the top of the page. An indistinct magical-military installation, window ports looking out into the stars. Voice One: The chronocules are acting jelly on the eyeball again, sir.Voice Two: I can see that plain enough, corporal. Panel 2 - A staunch Admiral looking down at a gel-screen, a pool of liquid sitting in a brass and wire bowl sent into an intricate console. 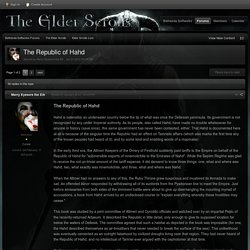 Its government is not recognized by any under Imperial authority. As its people, also called Hahd, have made no trouble whatsoever for anyone in history (save once), this same government has never been contested, either. Tatterdemalion: The Lunar Province of Secunda. 'Lady Nerevar', on 03 Jan 2012 - 01:48 AM, said: That particular secret isn't mine to share. 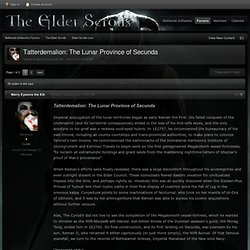 But its owner should be along shortly with a big goody bag. Aha! So you do have insider knowledge! Are there any illustrations of Vehkships or Sunbirds in existence? I know! Quote Belief-engines, properly called the “Auxiliary Semi-Shockpoint Nilgularity”, provide energy for short dream-sleeve jumps in case a Vehkship’s main ego is damaged, allowing the C0DA Paravant to potentially get to the safety of a voidyard orbital. Auxiliary- Secondary Semi-Shockpoint- Not sure what the difference could be between a Shockpoint and Semi-Shockpoint, but I'd guess it refers to some sort of primer effect, an explosion or reaction to set another action in motion. Nilgularity- Nil=0, so Nilgularity could mean a zero-point location or any location not dependent on location.

Vehkship Ego- This one nearly stumps me. C0DA Paravant- A tough one, considering that I still don't know what a C0DA is. 1. Fireside Chats. - knights from beyond Twil. 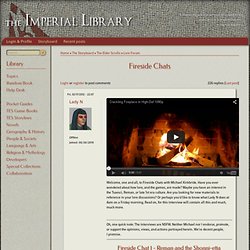 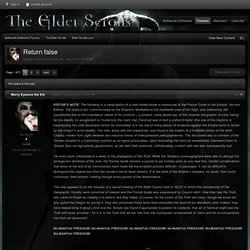 -/--ul-......0. Infrasleeve B6-125: Channel granted. Though its existence was never questioned, the invisible walls of Empire have kept the above document beyond the reach of the Society for far too long. We thank confrater Elk (extension of the Null Oath to Cervidae pending) for his efforts in safely and discreetly carrying these texts across the Jeralls and for restoring our access to the local infrasleeve thought-anchors.

Now that the Society once again has a foothold in the free North, we would like to celebrate the occasion by transmitting the remainder of the aforementioned unpublished Pocket Guide. Attached: PGE-kht04fg, key=tamrlc_common, content=manuscript. Michael Kirkbride's Posts.