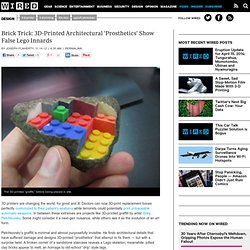 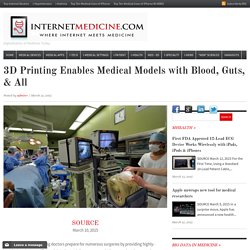 As accurate as these models have been, some even including color-coded regions to illustrate various organs or problem areas, they have yet to fully replicate the texture of real human tissues. Japanese 3D printing firm Fasotec, previously covered on 3DPI and subsequently purchased by Stratasys, is changing that by creating highly realistic surgical models with 3D printing. The Biotexture Wet Model is a patient-specific, soft and wet model that is so realistic that it even oozes fake blood. To produce the wet model, a 3D printed mold is created using a patient’s medical scans. The mold is filled with a gelatinous resin to yield a model that resembles the texture and weight of an actual organ. Recommended articles: Rapid Prototyping, Advance Digital Manufacturing, 3D Printing, 3-D CAD. Minnesotan Man Builds World's First 3D-Printed Concrete Fairytale Castle in His Own Backyard. Minnesotan Andrey Rudenko has taken DIY backyard projects to the next level by 3D-printing the world's first concrete castle right in his own backyard! 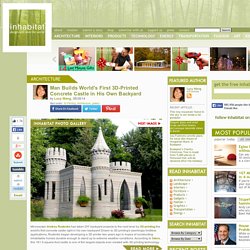 Drawn to 3D printing's seemingly limitless applications, Rudenko began developing a 3D printer two years ago in hopes of constructing inhabitable homes durable enough to stand up to extreme weather conditions. According to 3ders, this 161.5-square-foot castle is one of the largest objects ever created with 3D printing technology. Rudenko’s grand 3D-printed castle and his self-built 3D printer was a labor of love. Drawing from the knowledge of the RepRap community, the Minnesotan contractor footed the bill for the project independently and experimented endlessly on everything from cement mixes to the heights and widths of the cement layers.

After trial and error, Rudenko printed the castle from 10-millimeter high layers of precisely laid concrete that measure 30 millimeters in width. . + Total Kustom Via 3ders.org Images via Total Kustom. 3D Printer Makes Prosthetic Foot For Duck. Buttercup is a duck that was born in a high school biology classroom in the fall of 2012. 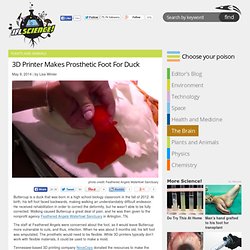 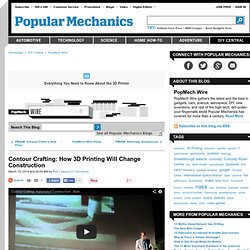 The same principles could upend building construction too. Contour crafting is the brainchild of Behrokh Khoshnevis of the University of Southern California. The process involves feeding data to a machine that sprays and smooths out walls and structural components using nozzles, arms, and other tools. Khoshnevis' team imagines using this technology for commercial construction, low-income and emergency housing, and possibly space colony construction. The nozzles spray concrete along a contour path to shape the walls of a structure, hence the name. 3D Printed Quantum Dot Light-Emitting Diodes. As part of a project demonstrating new 3-D printing techniques, Princeton researchers have embedded tiny light-emitting diodes into a standard contact lens, allowing the device to project beams of colored light. 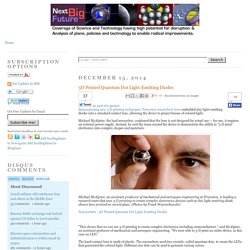 Michael McAlpine, the lead researcher, cautioned that the lens is not designed for actual use — for one, it requires an external power supply. Instead, he said the team created the device to demonstrate the ability to "3-D print" electronics into complex shapes and materials. Michael McAlpine, an assistant professor of mechanical and aerospace engineering at Princeton, is leading a research team that uses 3-D printing to create complex electronics devices such as this light-emitting diode, shown here printed on curved glass.

(Photos by Frank Wojciechowski) How We'll 3D-Print The Internet Of Things. Dimensional FootPrint. 3D Printing. Autopoietic Computing. Proposed by: darklight@darkai.org on 12/30/2013 Reality augmented autopoietic social structures A self replicating machine is a machine which can make a copy of itself. 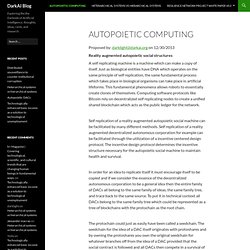 Just as biological entities have DNA which operates on the same principle of self replication, the same fundamental process which takes place in biological organisms can take place in artificial lifeforms. This fundamental phenomena allows robots to essentially create clones of themselves. Computing software protocols like Bitcoin rely on decentralized self replicating nodes to create a unified shared blockchain which acts as the public ledger for the network.

Digital Designs for Physical Objects. Days Remaining: 0 Could you live on Mars? 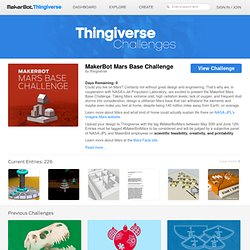 Certainly not without great design and engineering. That's why we, in cooperation with NASA's Jet Propulsion Laboratory, are excited to present the Makerbot Mars Base Challenge. Taking Mars’ extreme cold, high radiation levels, lack of oxygen, and frequent dust storms into consideration, design a utilitarian Mars base that can withstand the elements and maybe even make you feel at home, despite being 140 million miles away from Earth, on average. China’s Huge 3D Printers, Soon Able to Print Automobile Sized Metal Objects. One of the biggest possible economic impacts of 3D printing to the U.S. economy is the fact that it may eventually allow corporations to bring jobs back onshore from China. 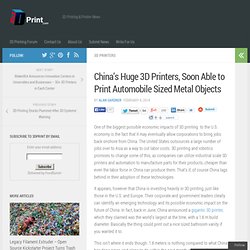 The United States outsources a large number of jobs over to Asia as a way to cut labor costs. 3D printing and robotics promises to change some of this, as companies can utilize industrial scale 3D printers and automation to manufacture parts for their products, cheaper than even the labor force in China can produce them. That’s if, of course China lags behind in their adoption of these technologies. It appears, however that China is investing heavily in 3D printing, just like those in the U.S. and Europe. Their corporate and government leaders clearly can identify an emerging technology and its possible economic impact on the future of China. In fact, back in June, China announced a gigantic 3D printer, which they claimed was the world’s largest at the time, with a 1.8 m build diameter. Discuss this story here: Programmable Matter: Claytronics or Gershenfeld.

We still tell our children “you can be anything when you grow up.” 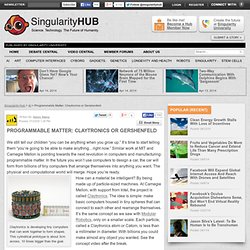 It’s time to start telling them “you’re going to be able to make anything…right now.” Similar work at MIT and Carnegie Mellon is pointing towards the next revolution in computers and manufacturing: programmable matter. In the future you won’t use computers to design a car, the car will form from billions of tiny computers that arrange themselves into anything you want. The physical and computational world will merge. Hope you’re ready. World's first 3D-printed titanium bicycle frame could lead to cheaper, lighter bikes. The MX-6 Evo mountain bike, sporting its 3D-printed titanium frame Image Gallery (3 images) 3D Printed Guns (Documentary) 3d printing with metal, titanium & aluminum demo by EOS @ MDM 2013. PRINTABLE 3D GUN Creator Cody Wilson Meets With Alex Jones. The SYSTEM is SCARED.