Dress Up, Dress Down 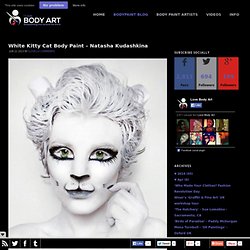 Natasha usually released a new bodypaint /art video every monday so be sure to follow her YouTube channel for more of these visual sensations. Bio: ”Daniel Lasris first started professionally face painting in 2001 and moved into body painting in 2008. Katmandew Face & Body Art now resides in Bristol, VA where Daniel produces works for local companies and events. 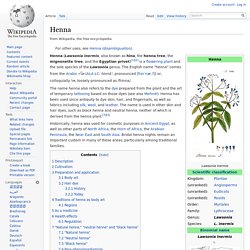 The English name "henna" comes from the Arabic حِنَّاء‎ (ALA-LC: ḥinnāʾ; pronounced [ħɪnˈnæːʔ]) or, colloquially حنا‎, loosely pronounced as /ħinna/. The name henna also refers to the dye prepared from the plant and the art of temporary tattooing based on those dyes (see also Mehndi). Henna has been used since antiquity to dye skin, hair, and fingernails, as well as fabrics including silk, wool, and leather.

The name is used in other skin and hair dyes, such as black henna and neutral henna, neither of which is derived from the henna plant.[3][4] Historically, henna was used for cosmetic purposes in Ancient Egypt, as well as other parts of North Africa, the Horn of Africa, the Arabian Peninsula, the Near East and South Asia. Description[edit] Cultivation[edit] Preparation and application[edit] Body art[edit] How apply henna: Resist techniques. Resist techniques are ideal for dark skinned people, as the thick application of henna paste maximizes stain. 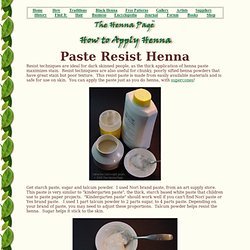 Resist techniquess are also useful for chunky, poorly sifted henna powders that have great stain but poor texture. This resist paste is made from easily available materials and is safe for use on skin. You can apply the paste just as you do henna, with supercones! Get starch paste, sugar and talcum powder. I used Nori brand paste, from an art supply store. First, stir the sugar and talcum powder together. Hennapedia ~ The Index of the HennaPage.com site group. 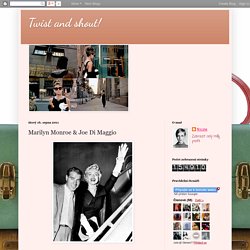 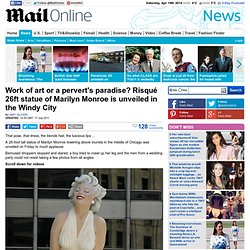 A 26-foot tall statue of Marilyn Monroe towering above tourists in the middle of Chicago was unveiled on Friday to much applause. Bemused shoppers stopped and stared, a boy tried to crawl up her leg and the men from a wedding party could not resist taking a few photos from all angles. Scroll down for videos. YouTube. YouTube. YouTube. Marilyn Monroe's last photo fetches record at auction. Real-Life Anime Girl Anastasiya Shpagina’s Extreme Makeup Techniques Transform Her Into A Living Doll [Photos & Video] [Photo: Anastasiya Shpagina, vk.com] Anastasiya Shpagina, 19, whose adopted Japanese name is Fukkacumi, can easily be mistaken for a cartoon character from a Japanese animation film. 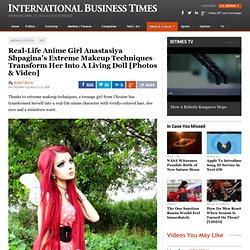 Anime characters are shown with big eyes and heads that are inappropriately large compared to the body. 10 Skinniest Models on the Planet. When skeletal was a huge trend in modeling, several models succumbed to death in order to stay skinny and “beautiful”. 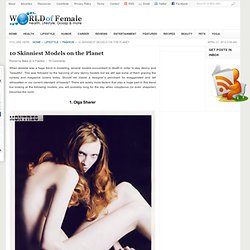 This was followed by the banning of very skinny models but we still see some of them gracing the runway and magazine covers today. Should we blame a designer’s penchant for exaggerated and tall silhouettes or our current standard of beauty? There are surely more factors that play a huge part in this trend but looking at the following models, you will probably long for the day when voluptuous (or even shapelier) becomes the norm. Pantless Commuters from Around The Globe Flood Subways on No Pants Day 2014. Even the January cold couldn’t stop the madness of thousands of people ready to strip off their pants for an unforgettable subway ride. 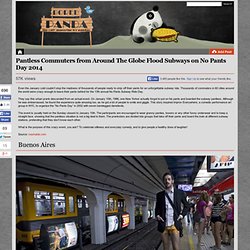 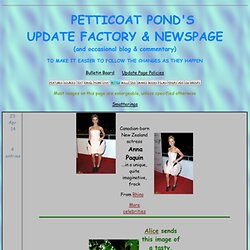