100 Artworks from the Top 20 Digital Artists in Latin America. Last time we scoured Europe for the best Photoshop talent going around. 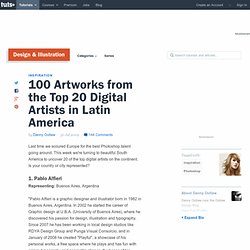 This week we're turning to beautiful South America to uncover 20 of the top digital artists on the continent. Is your country or city represented? 1. Pablo Alfieri Representing: Buenos Aires, Argentina "Pablo Alfieri is a graphic designer and illustrator born in 1982 in Buenos Aires, Argentina. Website. 100 Artworks From the Top Digital Artists in the USA & Canada. Last time we scoured South America (and, strangely, Mexico!) 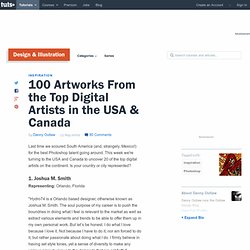 For the best Photoshop talent going around. This week we're turning to the USA and Canada to uncover 20 of the top digital artists on the continent. Is your country or city represented? 110+ Artworks From The Top 20 Digital Artists in Europe. Here at Tuts+ we regularly witness the talents of creative hobbyists and professionals from every corner of the globe. 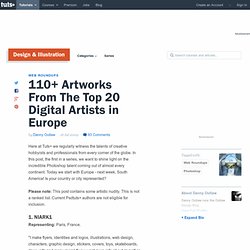 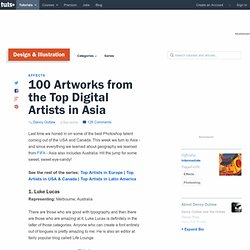 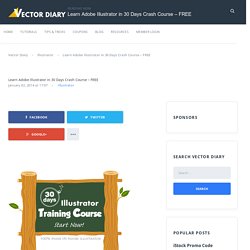 Web Safe Colours Diagram with rgb and hex values. What are web-safe colours? 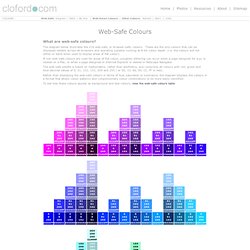 The diagram below illustrates the 216 web-safe, or browser-safe, colours. These are the only colours that can be displayed reliably across all browsers and operating systems running at 8-bit colour depth (i.e. the colours will not dither or band when used to display areas of flat colour). If non-web-safe colours are used for areas of flat colour, unsightly dithering can occur when a page designed for a pc is viewed on a Mac, or when a page designed in Internet Explorer is viewed in Netscape Navigator. Creating Complex Style Illustrations: A Process. Learn the process of making a tribal-style illustration using only some fundamental techniques in Adobe Illustrator. 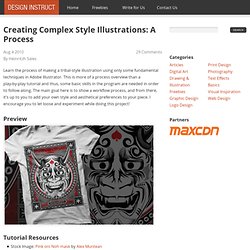 This is more of a process overview than a play-by-play tutorial and thus, some basic skills in the program are needed in order to follow along. The main goal here is to show a workflow process, and from there, it’s up to you to add your own style and aesthetical preferences to your piece. 30 Unique Logo Designs That Actually Say Something. The rebirth of Digital Tyranny. 61 Awesome Illustrations by Loopydave - NewEvolution. Details April 21, 2010 by Tom McCracken. 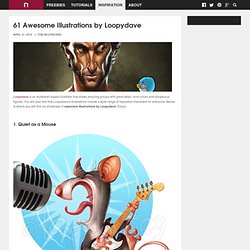 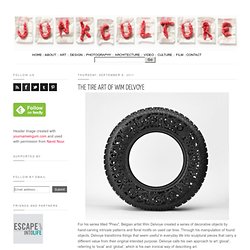 Alphonse Mucha - Posters and designs. Nudes. Banksy Style Graffiti – A Photoshop Stencil Manipulation. I’ve always been a huge fan of graffiti artist Banksy and his thought evoking urban artwork so for this next piece I wanted to create my own Banksy inspired art using Photoshop. 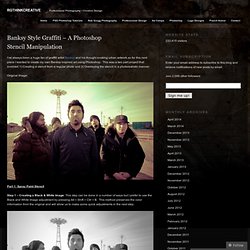 This was a two part project that involved 1) Creating a stencil from a regular photo and 2) Overlaying the stencil in a photorealistic manner. Original Image: Part 1: Spray Paint Stencil Step 1 – Creating a Black & White Image: This step can be done in a number of ways but I prefer to use the Black and White Image adjustment by pressing Alt + Shift + Ctrl + B.

This method preserves the color information from the original and will allow us to make some quick adjustments in the next step. Step 2 – Enhancing the Contrast: At this point the image looks flat and washed over, so the next step is to enrich the black and white color balance/contrast. Eye Sharpening - Photoshop Tutorial - 416 Studios. With this tutorial you can create amazing, bright eyes within minutes. First retouch, adjust levels and do all necessary colour corrections on your image. With a Lasso Tool (L) select the eyes (hold Shift key to add to selection). Hit Ctrl+J to copy selection to a new layer. You can copy the whole layer instead of selecting eyes but applying the filter to the large area like this may take a while on slower computers. Use Smart Sharpen filter on the eyes, the choice of right settings will depend on the size of your file.

Add a layer mask to the sharpened layer, then using a white soft brush on 50% bring back paint only iris’ and pupils to expose the sharpened eyes. Using levels brighten the whole picture and then copy mask from previous layer to select only eyes by holding Alt while dragging the sharpened mask (“layer 1” in the pic) onto the “levels 2” layer. Intricate Fantasy Animal Sculptures by Ellen Jewett.

Science fiction author Lawrence Person, in defining postcyberpunk, summarized the characteristics of cyberpunk thus: Classic cyberpunk characters were marginalized, alienated loners who lived on the edge of society in generally dystopic futures where daily life was impacted by rapid technological change, an ubiquitous datasphere of computerized information, and invasive modification of the human body.[2] Postcyberpunk[edit] Cyberprep[edit]

Prjmoto_by_600vd34ls06.jpg 1,600×600 pixels. Oko. Alan Friedman’s Astonishing HD Photographs of the Sun Shot from his Own Backyard. Alan Friedman is a fascinating guy. By day he’s a maker of greeting cards and a lover of hats, but in his spare time he’s a self-proclaimed space cowboy who points a telescope skyward from his backyard in downtown Buffalo, directly into the light of the sun. Using special filters attached to his camera Friedman captures some of the most lovely details of the Sun’s roiling surface. The raw images are colorless and often blurry requiring numerous hours of coloring, adjusting and finessing to tease out the finest details, the results of which hardly resemble what I imagine the 5,500 degree (Celsius) surface of Sun might look like. Instead Friedman’s photos appear almost calm and serene, perhaps an entire planet of fluffy clouds or cotton candy.

From his artist statement: - – - +++ The Art of Robert Bowen +++ – - - » GALLERY. Massive Photographic Compositions Made of Thousands of Human Bodies by Angelo Musco. aUkIwBN.jpg 960×960 pixels. Beautiful Portraits of Strangers. Beautiful Portraits of Strangers Danny Santos II is a weekend photographer who likes to shoot strangers in the streets of Singapore. He’s been shooting street for about 2 years now. More beautiful portraits of strangers can be found in Danny’s Flickr set or his website dannyst.com. Simply love his shots! Photos of Children From Around the World With Their Most Prized Possessions. Chiwa – Mchinji, Malawi. Cool Photoshop Abstract Effect Tutorials « PixelDetail.

Cool Dieselpunk Artworks. Abandoned Suitcases Reveal Private Lives of Insane Asylum Patients. If you were committed to a psychiatric institution, unsure if you’d ever return to the life you knew before, what would you take with you? Awesome HARRY POTTER Book Sculpture and More! Here's an awesome collection of classic story themed book sculptures for Harry Potter, Knight and Dragon, Tom Sawyer, The Kingdom Within, Star Wars Millennium Falcon, James Bond, Treasure Island and many more. The sculptures were created by Deviant Art artist wetcanvas, and they all turned out really cool! Cool Pin-Up Monster Pulp Art. Blogger McBloggerton. Pin-up art from The Pin-up Files - pin-up girl & glamour archive. THE ROCKETEER: Riddle Saves the Day in this Betty Page Cosplay. Geek Art: Blade Runner - Rachel Pin-up Art.