Los Angeles, City of Water. Photo LOS ANGELES is the nation’s water archvillain, according to public perception, notorious for its usurpation of water hundreds of miles away to slake the thirst of its ever-expanding population. 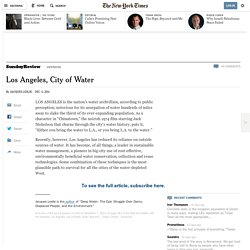 As a character in “Chinatown,” the noirish 1974 film starring Jack Nicholson that churns through the city’s water history, puts it, “Either you bring the water to L.A., or you bring L.A. to the water.” Recently, however, Los Angeles has reduced its reliance on outside sources of water. Preserving an Accident, the Salton Sea in California, for the Good of Nature. Photo MECCA, Calif. — The area around this town of date palms attracts two kinds of migrants — hundreds of humans who work the land, and millions of birds that stop to rest and gorge at the nearby Salton Sea. 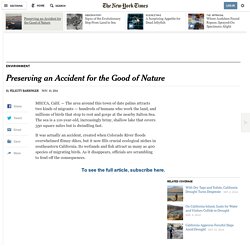 The sea is a 110-year-old, increasingly briny, shallow lake that covers 350 square miles but is dwindling fast. Educators Guides & Lesson Plans - Screenscope - Journey to Planet Earth. A Place to Play. Overview The Los Angeles River, which flows through the city of Los Angeles, California, and other nearby cities, is a flood-control channel. 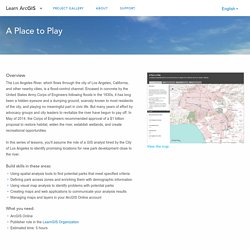 Encased in concrete by the United States Army Corps of Engineers following floods in the 1930s, it has long been a hidden eyesore and a dumping ground, scarcely known to most residents of the city, and playing no meaningful part in civic life. But many years of effort by advocacy groups and city leaders to revitalize the river have begun to pay off. In May of 2014, the Corps of Engineers recommended approval of a $1 billion proposal to restore habitat, widen the river, establish wetlands, and create recreational opportunities. In this series of lessons, you'll assume the role of a GIS analyst hired by the City of Los Angeles to identify promising locations for new park development close to the river. 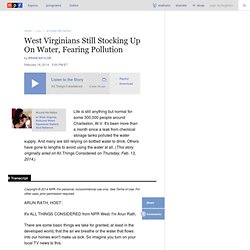 It's Not Magic On The Mountain, It's A Rain-Making Machine. Hide captionA ground-based cloud-seeding tower at Alpine Meadows ski area near California's Lake Tahoe. 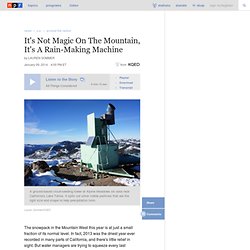 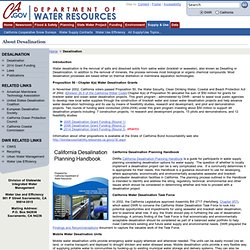 In addition to the removal of minerals, the process removes most biological or organic chemical compounds. Most desalination processes are based either on thermal distillation or membrane separation technologies. California Drought Obama: Desalination Could Water Central Valley. Science Nation - Dead Zones in the Ocean. Watch decades of economic expansion in 5 American cities from space. Las Vegas, above, is among the most visible examples of rapid growth over nearly 30 years. (Google Earth screengrab.) Economic booms, bubbles and busts often require decades to unfold and can happen on a scale so large it’s hard to visualize and contextualize. But thanks to modern technology, that’s no longer the case. Earlier this year, Google and a handful of partner organizations unveiled a time-lapse project using satellite imagery taken over decades that allows users to see how the planet has changed over time. 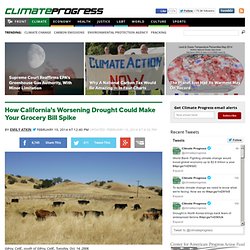 CREDIT: AP Photo/Jeff Chiu. They're Getting It Right "Down Under" and the U.S. Should Follow Their Lead  Though recent news hasn't been good - record drought in the Southwest, the precipitous decline of Monarch butterflies, the extermination of top predators that keep our ecosystems healthy - my recent trip to Australia made me feel more hopeful than in a long time. 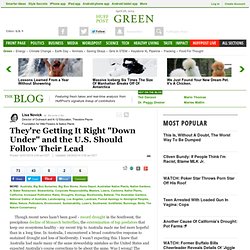 In Australia, I encountered a broad constructive response to sustained drought and loss of biodiversity. I wasn't expecting this. I knew that Australia had made many of the same stewardship mistakes as the United States and expected Australia's course corrections to be about the same. Was I wrong! The Australians are far ahead of the United States in responding to many environmental issues.