Learn. Learn. Nonverbal Communication Exercises for the Drama Class. How do we communicate without words? 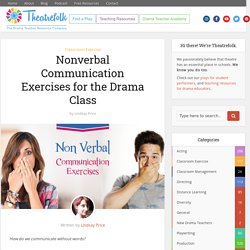 We communicate without words every day. A frown and crossed arms communicates a clear message, as does a nod, wink, or a “come here” gesture. There’s the subtext in the mixed message of a tense body combined with words of love. (17) 27 Emotions Every Actor Should Know. The Seven Basic Emotions: Do you know them? « Humintell. Humintell’s scientifically validated, emotion recognition training tools feature images of individuals portraying the 7 basic emotions: Anger, Contempt, Fear, Disgust, Happiness, Sadness and Surprise. 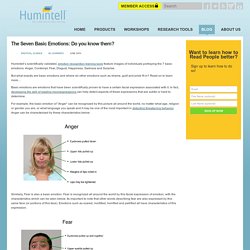 But what exactly are basic emotions and where do other emotions such as shame, guilt and pride fit in? Read on to learn more… Every U.S. Election Ever! - short comedy play script by Ian McWethy – Stage Partners. Comedy One-act. 35-45 minutes 6-40 actors, gender flexible Presidential elections got ya down? 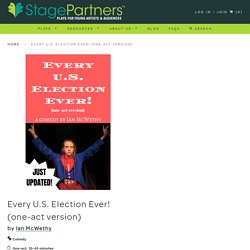 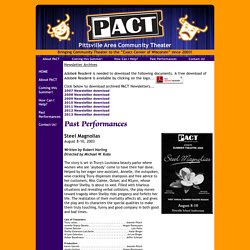 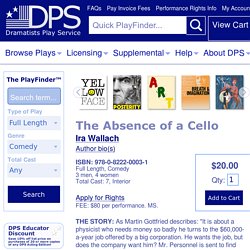 He wants the job, but does the company want him? Mr. Personnel is sent to find out. What seems to be starting out as a shopworn target—individuality versus conformity—turns out to be an ingeniously conceived comical discussion of honesty and truth. After being coached by a gray-flanneled collegiate on how to be what every company wants, the scientist is prepared to confront the enemy (after quickly trading in his rolled-up trousers and flapping shirt for a neat brown suit)…He hides the cello he plays with pick-up quartets, he hides the medieval history books his wife writes, he hides all but the acceptable three liquor bottles. Anatomy of Gray Time Lapse. ExAllRightsReservedAM3. Superstar. Voice Projection Exercises. First impressions: How to perfect yours. First impressions can play a big role in your love life, workplace and anywhere else you meet people. 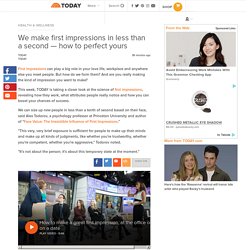 But how do we form them? And are you really making the kind of impression you want to make? This week, TODAY is taking a closer look at the science of first impressions, revealing how they work, what attributes people really notice and how you can boost your chances of success. We can size up new people in less than a tenth of second based on their face, said Alex Todorov, a psychology professor at Princeton University and author of “Face Value: The Irresistible Influence of First Impressions.” “This very, very brief exposure is sufficient for people to make up their minds and make up all kinds of judgments, like whether you're trustworthy, whether you're competent, whether you're aggressive,” Todorov noted. “It's not about the person; it's about this temporary state at the moment.” apply | reset x font. The Science Behind First Impressions - The Leonard Lopate Show. What is a Melodrama? - Definition, Characteristics & Examples - Video & Lesson Transcript.

A 10 Minute Melodrama. MELODRAMA: BEYOND THE BOOS AND HISSES or....Never Be Foiled Again. Elements of Melodrama: From Early Theater to the Modern Soap Opera. LTomasetti Intro to Melodrama Unit Plan. Breaking Bad - Jesse's emotional speech. THE OBJECTIVE - Part 1 - Acting your Character's Need. Look and Listen. Focus and Concentration (First Unit of Beginning Theatre) by Justine Trotter. Lesson: The Power of Active Listening. A short guide to concert etiquette...learn how to attend concerts like a pro! Get Out: Horror Story & Directing Lessons from Jordan Peele’s Film. Last weekend, Jordan Peele delivered the Keynote address at the Film Independent Forum. 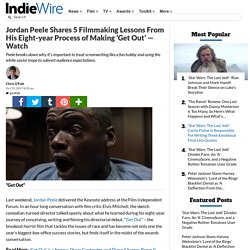 In an hour long conversation with film critic Elvis Mitchell, the sketch comedian-turned-director talked openly about what he learned during his eight-year journey of conceiving, writing and filming his directorial debut, “Get Out” – the breakout horror film that tackles the issues of race and has become not only one the year’s biggest box-office success stories, but finds itself in the midst of the awards conversation. Here are five important lessons Peele discovered in the process of making “Get Out.” Internalizing Hollywood’s Lack of Representation Peele told the Film Independent audience that he spent five years thinking about the story of “Get Out” before ever committing pen to paper. 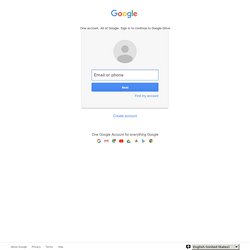 All of Google. Sign in to continue to Google Drive. Think Fast, Talk Smart: Communication Techniques. Meet Google Drive – One place for all your files. Bald Soprano. Historical Context. Img. 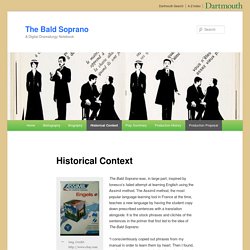 Credit: The Bald Soprano was, in large part, inspired by Ionesco’s failed attempt at learning English using the Assimil method. The Assimil method, the most popular language learning tool in France at the time, teaches a new language by having the student copy down prescribed sentences with a translation alongside. It is the stock phrases and clichés of the sentences in the primer that first led to the idea of The Bald Soprano. Drama Lesson Plans - Kamplays. Tt Miller fall06. Tt fall05 cobbe. Tt miller win08. Howtotellthetruth. NoSmallParts. Memorizinglines. TheActor'sToolbox. Tactics. RaisingTheStakes. Oct00 jory. Sept00 jory. Alignmentandthevoice. Nfhs. By John Coon on November 13, 2014 hst Involvement in theatre is one of the most beneficial experiences that a high school student can have – right there with athletics, community activities and volunteer groups. 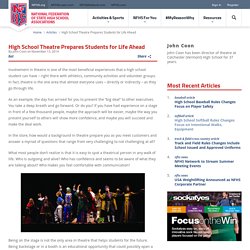 In fact, theatre is the one area that almost everyone uses – directly or indirectly – as they go through life. As an example, the day has arrived for you to present the “big deal” to other executives. You take a deep breath and go forward. Dynamics, Pitch, Voice Impov exercises (Unit 1) One account. All of Google. Sign in to continue to Docs Find my account.

ARTSEDGE: Master+Work: Arthur Miller and Death of a Salesman. The Master Art Imitates Life House Un-American Activities Committee in session, 1947 Miller’s most famous plays are based on events from his life or on current events of the time: A family’s economic struggles, the life of Miller’s salesman uncle, and the Brooklyn house where Miller grew up inspired the story and setting of Death of a Salesman.

All My Sons is based on the true story of a businessman who sold faulty machine parts to the U.S. military during World War II. Changing the World. ARTSEDGE: Theater Resources.