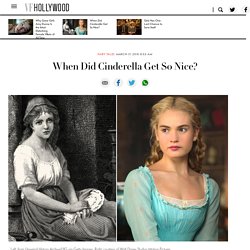 But Cinderella wasn’t always so resilient, or generous. J.K. Rowling Just Answered Three Extremely Important "Harry Potter" Questions - BuzzFeed News. 2015 Movie Adaptations Are Going to Be Big! Read These 12 Books Before the Films Come Out To Be Prepared. Finish That Book! You suffer when you quit a story midway through—and so does literature. 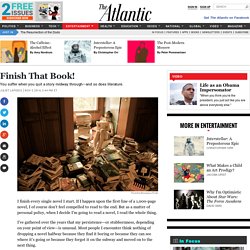 Readability Is a Myth. There aren't "difficult" books and "easy" ones. 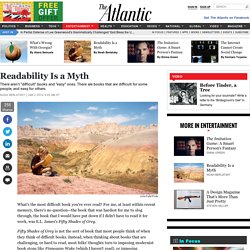 There are books that are difficult for some people, and easy for others. Julie Falk/Flickr What's the most difficult book you've ever read? Barbara Kay: Exploring Chimamanda Ngozi Adichie’s powerful new book about race. Race is the great cultural subject of our time. 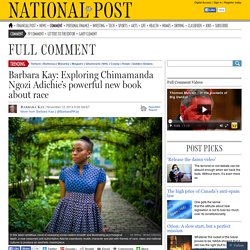 The literature of former colonies and mother countries is awash in reflection — angry, guilty, grieving, optimistic, pessimistic — on blacks and whites’ shared past, often ugly, never less than troubled. I have read novels by American, British and African writers that deal with race tensions in America, Britain and Africa. Lauren Child: how we made Charlie and Lola. Lauren Child, author Lola appeared to me in the flesh on a train from Copenhagen to Jutland. 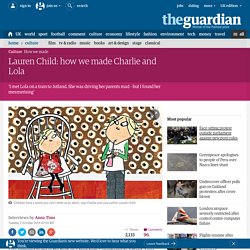 Our Favorite Cookbooks (to Gift) of 2014 Slideshow. Children's Books Should Be Scary. The long tradition of moral ambiguity and unhappy endings in kids' fiction returns with Evangeline Lilly's The Squickerwonkers. 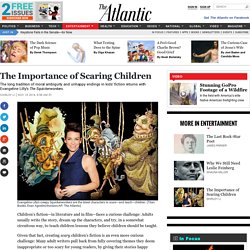 Evangeline Lilly's creepy Squickerwonkers are the latest characters to scare—and teach—children. (Titan Books; Evan Agostini/Invision/AP; The Atlantic) Haworth, England: The Tiny Town That Inspired Every Single Bronte Sister Novel. A Not-So-Young Audience for Young Adult Books. Photo When I was 13, my most literary friend, Amy, recommended that I read Colette’s novel “Chéri,” about an aging courtesan’s relationship with her young lover. 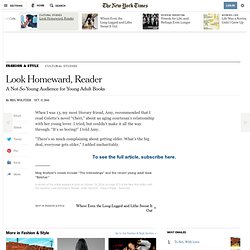 I tried, but couldn’t make it all the way through. “It’s so boring!” I told Amy. “There’s so much complaining about getting older. Agatha Christie Disappearance - Gone Girl. Photo: Courtesy of AgathaChristie.com. 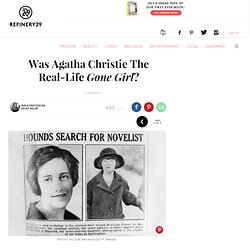 On December 3, 1926, Agatha Christie disappeared. She was 36 years old and already a famous novelist, having published the first three books of her long career. Around 11 p.m. her car was found, the engine having run dead, by the side of a lake. Inside the car were several items of her clothing and identification. A Book from the Beginning. La última carta de García Lorca. Charlotte Bronte Inspiration For Mr Rochester's House Receives Restoration Award. The Historic Houses Association have announced that the 2014 Restoration Award has been given to Norton Conyers, near Ripon, North Yorkshire, home of Sir James and Lady Graham. 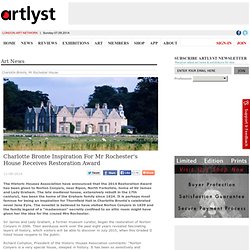 The late medieval house, extensively rebuilt in the 17th century1, has been the home of the Graham family since 1624. History's most powerful and poignant love letters. A quick "I love you, babes" text might do the job nowadays but such a flippant declaration of romance would hardly stand the test of time. For years and years, history's greatest lovers have been putting voice to their feelings via the humble pen, translating the tumult of their hearts into a series of ardent, amorous and impassioned letters. At times, poetic and sexual, lyrical and desperate, these heartfelt missives never fail to strike a chord in the eye of the reader. The Economics of Jane Austen. In her fiction, the 18th-century novelist wrestled with the same question that preoccupied Adam Smith: Does the pursuit of wealth diminish a person's moral integrity?

Wikimedia Commons When Jane Austen died in 1817, her reinvention began. Lois Lowry on Giving Up ‘The Giver’ to Hollywood. Photo The author talks to Jessica Gross about all the ways young-adult fiction has changed since she published “The Giver” two decades ago. Your young-adult novel, “The Giver,” was adapted into a feature film, which comes out this month. How involved were you with the process? The film rights were optioned probably 18 years ago, so this has been a very, very long process. Psychologists Find a Surprising Thing Happens to Kids Who Read Harry Potter. The news: Harry Potter's greatest feat might not have been defeating Voldemort, but teaching young people around the world to battle prejudice.

At least that's the finding of a new paper in the Journal of Applied Social Psychology, which claims reading the Harry Potter series significantly improved young peoples' perception of stigmatized groups like immigrants, homosexuals or refugees. The studies: The Pacific Standard broke down the three studies used in this paper. The first took 34 Italian fifth-graders and plunged them into a six-week course on Potter. The researchers began by having the students fill out a questionnaire on immigrants, and then split them into two groups which read selected passages from the series. Elizabeth Gilbert: The 7 books that shaped me as a writer. Test Your Vocabulary - Result. Final result. 'City of Heavenly Fire': Cassandra Clare chats with Sophie Turner. I guess what I'm trying to say is that it's dispiriting to find that others don't seem to imagine that a character like Warden could be played by a non-white actor, and seem to have a very different mental image than that held.

Charlotte Bronte's Journal - The British Library. English. Dating in the 21st Century: A Reading List. Please Look After Mom. 30 great opening lines in literature. Best Young Adult Series - Top Fiction Reading List. Sure, young-adult books come with a recommended age, but we have always been fans of breaking the rules or, better yet, creating our own.

One Way to Keep Writing: 'Remember Death' - Joe Fassler. Take a peek at the world's most exquisite libraries. Walt Whitman Is Great at Twitter - Rebecca J. Rosen. The 15 Most Exciting YA Books Coming Out This Year. Friends remember Nora Ephron. Stephen King: on alcoholism and returning to the Shining. Cómo NO escribir un relato de terror. Dream Story. Fire Above, Fire Below by Garth Nix.